From INTACH to inspiring designers and promoting weavers, his genius was unparalleled.

Born into the royal lineage of Kapurthala, "Mapu" Martand Singh was not only born with a silver spoon, but also all comforts such pedigree bequeathed. The Doon School, St Stephen's College, exposure to world design trends in New York, Paris, Milan, what have you.

He dined at the high table with The Beatles and badshahs, but there was no trace of ego or arrogance in him. Royal, refined, regal, but human, humble and herculean.

His biggest contribution was to revive our textile design and arts under Pupul Jayakar — cultural adviser first to late prime minister Indira Gandhi and then her successor and son Rajiv Gandhi — whose right hand he became, while Rajiv Sethi was her left.

Between these two, many institutions of national importance came up — National Institute of Design in Ahemdabad, Indian National Trust for Art and Cultural Heritage (INTACH) in Delhi. Then National Institute of Fashion Technology (NIFT). He was the czar of textiles art and design for two decades — from the 1980s to 2000. 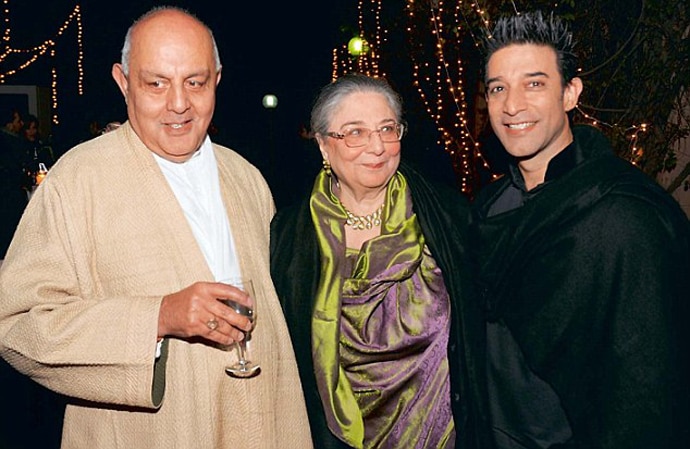 Martan Singh (left) with designer Suneet Varma and his mother Indra, at an event in 2013. Photo: DailyMail 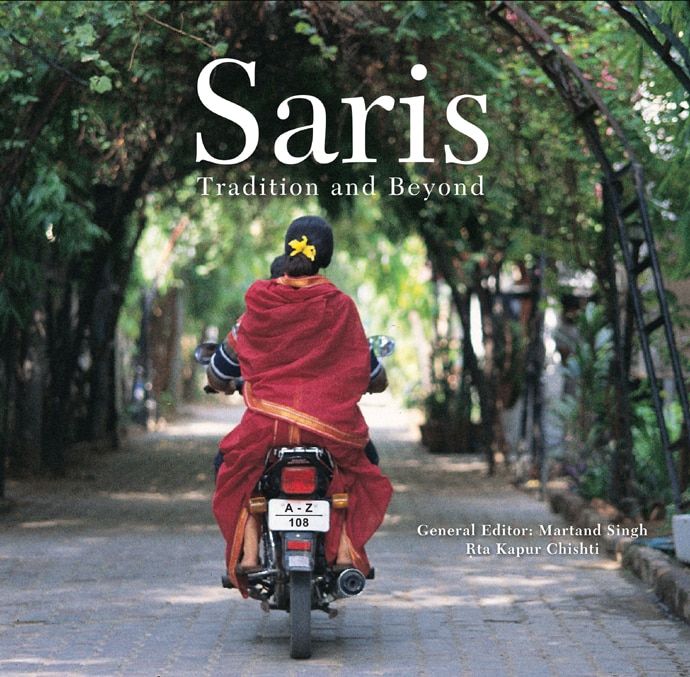 His understated aesthetics, and his genuine concern for the weaver also helped create the Weaver's Service Centre. He motivated many to create anew. He was the most supportive cultural icon of India.

A mentor to many, he never desired attention. The Padma Bhushan he got 25 years ago was well-earned. His textile exhibitions travelled world over to the most prestigious places and institutions in Japan, China, Sweden, Italy, France and Russia.

Mapu helped revive khadi in a big way. At an INTACH national meet by Ganges in Varanasi, he was hailed as Bapu. He was Gandhian in a special way. Though he was the badshah of colour, he mostly wore whites.

Having worked for five years with him, between 1988 and 1992, I can say Mapu was my guru in design, crafts and cultural policy. I had just finished handling a huge festival of india in Sweden, when he and Pupul Jayakar spotted my work.

He hired me without an interview in those days, saying my work spoke for itself. He taught me to be humble, simple and kind. Once, when I lost temper with a worker, he didn't say anything then. The next day, he casually asked, "Where does anger come from?"

When I left INTACH because my father's vast dance collection needed looking after, he bade me goodbye and good luck and instead of getting upset, wrote a letter to me by hand: "Serving your parents is a noble mission. Your legacy is important."

He always replied immediately. Those were the days when one typed written letters with carbon copy! His lesson in the pre-internet era was: tomorrow is another day. Kaal karre so aaj kar. No one went empty handed from his darbar. Once, when he was being driven in my car, a beggar came seeking alms. I was being haughty, not generous. He said: "If someone puts his hands out seeking help, always do. What do you lose? A coin? You are sitting in an air-conditioned car, that beggar lives on the road."

Privilege had not made him blind to needs of others.

He was a thinker. A very refined man, and handsome inside out. He inspired so many designers — the Prasad Bidapas, the David Abrahams, the Ritu Kumars and their students, the Suneet Vermas and the assorted Sharmas. He gave Rita Kapur, a maverick, the idea of work on the sari, which, with Amba Sanyal, became a lifetime obsession, translating into five seminal books.

His books and catalogues were designed by another talent he promoted, Vinay Jain.

In his last days, Mapu was suffering from pancreatic cancer and his elder brother Arun Singh, looked after him as did his friend of many decades, Raazi Rakesh Thakore.

Mapu did not set the style. He was the Mr Style of India. In his death today, India has lost a genius. A giant. I am sure devalok awaits him to redesign their interiors, clothes and life.

Mapu helped many Rajas and Maharajas turn their forts and palaces into profitable hotels. He advised them to retain the old interiors, upgrade the facilities and reposition them internationally. Many sought his opinion, because he also gave it for free — at no fee. A fakir at heart, although born a prince.

INTACH was an idea in 1987. Today it is a movement. Then it was an act of drawing room conversation, today it is an act of public conservation. It had more than 150 regional chapters then. I was just 28, a young entrant at the time, but Mapu gave me the charge of 40 cities — from Cochin to Cuttack. I had no confidence to deal with the chief ministers and chief secretaries I was to become accustomed to meeting.

Mapu said, "Like you, they have two eyes and two ears. Reach that! Let your work speak, you need not talk." INTACH helped save countless heritage buildings all over India. It helped revive local traditions and gave employment to many architects, who got a new lease of life.

I saw him helping so many out-of-work photographers, whom he got international contracts, fame and name. He went on to establish the first generation of fashionistas and photo artists. And touched many, many lives.

#Designers, #Textile, #INTACH, #Martand Singh
The views and opinions expressed in this article are those of the authors and do not necessarily reflect the official policy or position of DailyO.in or the India Today Group. The writers are solely responsible for any claims arising out of the contents of this article.