When Mark Twain said India has no notion of progress

[Book extract] Fighting and quarrelling must be the common business of life...

Like many well-informed Americans of his generation, Mark Twain had thought of India as a land of fantasy: “an imaginary land — a fairy land, dreamland, a land made of poetry and moonlight for the Arabian Nights to do their gorgeous miracles in”. Ahead of his trip, he had written jocularly to Kipling, “I shall come riding my ayah with his tusks adorned with silver bells and ribbons and escorted by a troop of native howdahs richly clad and mounted upon a herd of wild buffalos; and you must be on hand with a few bottles of ghee, for I shall be thirsty.”

After spending two months in the country and visiting over sixteen cities and towns, Twain concluded that India was the most interesting country on the planet. But his view of India was a tad more realistic: “This is indeed India — the land of dreams and romance, of fabulous wealth and fabulous poverty, of splendour and rags, of palaces and hovels, of tigers and elephants, the cobra and the jungle… the one land that all men desire to see, and having seen once, by even a glimpse, would not give that glimpse for the shows of all the rest of the globe combined.”

Twain was a curious and sympathetic traveller. The people, he wrote, were “pleasant and accommodating”. “They are kindly people… The face and bearing that indicate a surly spirit and a bad heart seemed rare among Indians,” he added. The sight of an Indian servant in his hotel being needlessly struck by a European manager reminded him of his childhood in the American South and the stain of slavery on his own country. The “thatched group of native houses” along the Hooghly River took him back to “the negro quarters, familiar to me from nearly forty years ago — and so for six hours this has been the sugar coast of the Mississippi”. 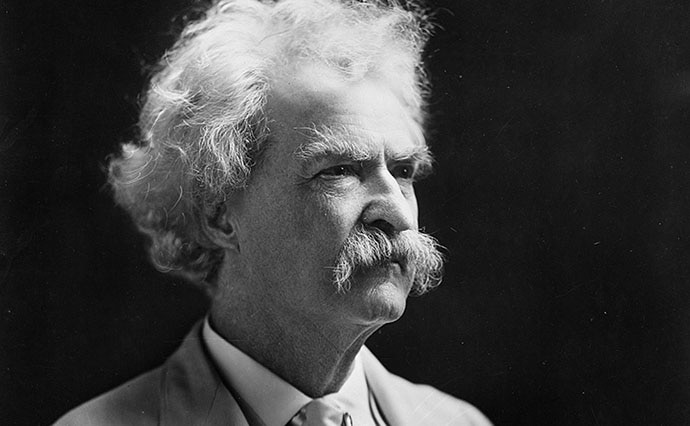 Twain was a curious and sympathetic traveller.

Even Indian religion and spirituality, of which he had had no high opinion, Twain encountered with an open mind. On the massive Hindu religious festival in Allahabad, he wrote, “It is wonderful, the power of a faith like that.” Meeting an Indian saint in Benares, Twain gave him an autographed copy of Huckleberry Finn and noted his admiration for men who “went into the solitudes to live in a hut and study the sacred writings and meditate on virtue and holiness and seek to attain them”. Twain had heard of the storied tradition of “thuggee” or ritual strangling as a boy in America and wrote at inordinate length about it in his account of the passage through India. Nevertheless, he also observed, “We white people are merely modified Thugs; Thugs fretting under the restraints of a not very thick skin of civilisation.”

All the same, Twain’s views of India were shaped by a sense of civilisational hierarchy. While India was “the cradle of human race, birth place of human speech” and so forth, it was a civilisation that had no notion of “progress”: “repeating and repeating and repeating, century after century, age after age, the barren meaningless process”. India had been the “first civilisation” and remained stuck there. If this was redolent of Britain’s ideological justification for the conquest of India, Twain more explicitly endorsed the political rationale of the Raj: “Where there are eighty nations and several hundred governments, fighting and quarrelling must be the common business of life; unity of purpose and policy are impossible.” The Most Dangerous Place, by Srinath Raghavan, Penguin India

The beneficence of British rule flowed logically from these premises. “When one considers what India was under her Hindoo and Mohammedan rulers, and what she is now; when he remembers the miseries of her millions then and protections and humanities which they enjoy now, he must concede that the most fortunate thing that has ever befallen that empire was the establishment of British supremacy here.”

Twain had set out on his transcontinental journey to India at a crucial moment in the history of the United States and of the world. The Cuban people had risen in revolt against their Spanish overlords and the United States had sided with the rebels and sent the USS Maine steaming towards Havana. Soon after Twain’s sojourn in India, Theodore Roosevelt’s troops would charge up San Juan Hill in Cuba and Admiral George Dewey’s fleet would make for Manila Bay in the Philippines.

The United States’ first steps towards acquiring an overseas empire were accompanied by sharpening imperial thrusts by the older European powers — not least Britain which would soon be embroiled in a war against Dutch settlers in South Africa. In the wake of the bloody colonisation of the Philippines, Twain emerged as a prominent critic of American empire. In a furious polemic, “To the Person Sitting in Darkness”, he asked: “Shall we go on conferring our Civilisation upon the peoples that sit in darkness, or shall we give those poor things a rest?... Would it not be prudent to get our civilisation-tools together and see how much stock is left on hand… so that we may intelligently decide whether to continue the business.” 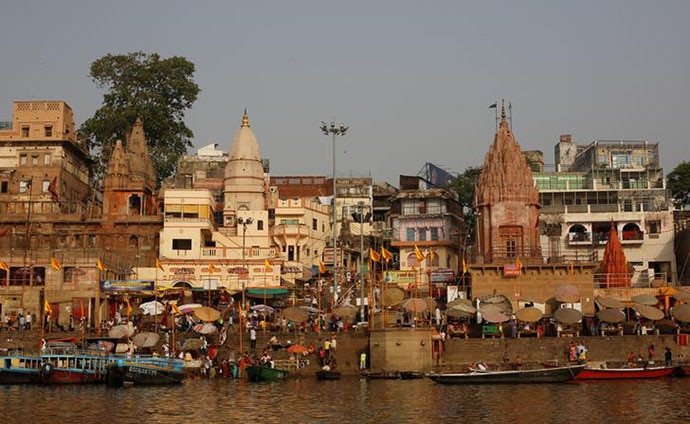 The one land that all men desire to see...

Then again, Twain’s anti-imperialism rested on the same bedrock assumptions of civilisational hierarchies that helped him justify British rule in India. Twain’s encounter with India is interesting because it encapsulates the wider currents of change washing over the United States.

Between the Civil War and the First World War, Americans yearned for regeneration. The Civil War itself was recast in the popular imagination as a sacrifice that would pave the way for national renewal.

Following Reconstruction, the reconciliation between the white elites of the North and South was effected by presenting the war as an expression of the Anglo-Saxon martial ethic.

This set the stage for the subsequent disenfranchisement of the blacks in the South, the codification of segregation by Jim Crow laws and the sharpening of white racial antagonism. Notions of Anglo-Saxon racial supremacy — euphemistically referred to as “Civilisation” — were yoked to the older providential sense of “Manifest Destiny” and were crucial in justifying the turn-of-the-century imperial ventures abroad. The Progressive reformers who opposed this trinity of militarism, racism and imperialism nevertheless shared some of its foundational premises.

(Excerpted with the permission of the Penguin India from The Most Dangerous Place, by Srinath Raghavan)

#Book Extract, #Civilisation, #India, #Mark twain
The views and opinions expressed in this article are those of the authors and do not necessarily reflect the official policy or position of DailyO.in or the India Today Group. The writers are solely responsible for any claims arising out of the contents of this article.

Srinath Raghavan is senior fellow at the Centre for Policy Research and visiting professor at Ashoka University. He has written many books, including, most recently, India’s War: The Making of Modern South Asia. He was awarded the Infosys Prize for Social Sciences in 2015.