The name “Mira” evokes a few stereotyped images. Her stock representation shows her as a young white-clad woman in a singing pose, her tanpura propped up against her shoulder, her upraised palm accentuating her immersion in her devout singing and almost always, an image of her beloved Krishna hovering in the background. Besides this image that is the stuff of devotional kitsch, there are the filmy Miras.

Among the earliest portrayals of Mira had an impossibly young-looking MS Subbulakshmi singing in such ethereal fashion that even the scratchy black and white print and poor sound quality fail to mar its appeal. There is also a latter-day filmi version with Hema Malini in shades of saffron that eventually turns all-white (Bhanu Athaiya’s stab at indicating degrees of devotion through sartorial choices), all dolled-up even in arid surroundings, attempting, but seemingly failing in her attempt, to breathe life into her character.

An important figure in the medieval Bhakti movement who dedicated herself to Krishna, her ishtdevta, Mira’s life was by all accounts an unusual one. While devotion was an important aspect of her life, really, her life was one of defiance. Defiance of the moral and social codes that was the lot of Rajput women, especially those of royal lineage, to bear and defiance of the accepted ways of worship that an amorphous medieval Hindu society mandated for its upper castes. And yet, this defiance is largely underplayed. Instead, what is dished out is the singing figure, oblivious to the ways of the world, choosing not to see beyond her beloved Krishna. Bracketing Mira with Krishna is a ploy to ensure that the discourse stays within bounds and does not stray into areas that could cause discomfort. This has largely been achieved. But given that the notion of Rajput honour has once again hit the headlines, the silence around what Mira really was about needs to be broken. What has come down about Mirabai is that she was born into the Rathore clan of Rajputs in or around 1498 in Merta, a feudatory of Mewar in the south-west of present-day Rajasthan, then ruled over by the Sisodia Rajputs. Her early life has been the subject of much speculation, but it is likely to have been conventional. One version has her being brought up by her maternal grandfather, Rao Dudaji, after the early death of her mother. While there are mentions of her devotion to Krishna, not too much is made of it. As per convention, she was given in marriage to Bhojraj, the oldest son of Rana Sangha, the king of Mewar in 1516. It is really in the context of her life in the Mewar royal household that Mira’s story as has become popular (as also swept under the carpet) seems to take definite shape.

The expectations from Rajput women then as now were conventional. They were expected to toe the family line, obey the diktats of the male members of the family, be custodians of “family honour” and, of course, produce the much sought-after male heir. In Mira, Rajput customs came up against a defiant streak and a stubborn refusal to march to the Rajput beat. The revolution was underway.

To begin with, on entering her marital household, Mira refused to bow to the family goddess causing much heartburn. She had already offered herself to Giridhar, Krishna in his mountain-lifting form, was the reason she proffered. Her mother-in-law was incensed. Her parental household equally so. But this was merely the beginning. “Offered herself to Krishna” went far beyond what any one was even prepared to imagine.

One version has Mira refusing to consummate her marriage to Bhojraj as she considered herself married to Krishna. Her earthly marriage was of secondary importance, therefore. In effect, she was rejecting the marital life even as convention did not permit her to cast off her family bonds and enter renunciation. She renounced the world even as she lived in it.

Incensed even further, more at their own helplessness than anything else, her marital family ignored her choosing to play the waiting game. They hoped that she would see the error of her ways and return to the family fold. But Mira’s devotion was shameless and fearless. Bhaktamal, a Braj text composed by Nabhadas in the late 16th century talks of her thus:

Bhojraj, it appears, was killed in battle at some point (1521, according to some versions and 1526, in the course of his father Rana Sangha’s battle with Babur, according to others). Some versions have cast him as accepting of his wife’s unconventional ways. The films have him accept her as her Guru. What really transpired is not clearly known. Bhojraj’s death created even more problems for Mira. As a widow in a royal household, Mira defied convention yet again by carrying on as before in her immersion in the worship of her beloved, Krishna. 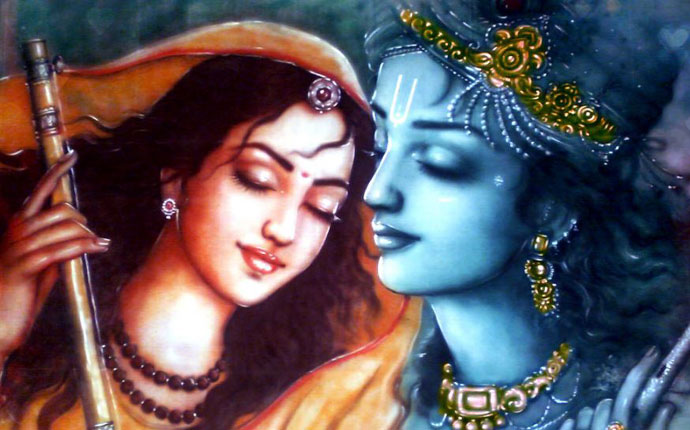 'Offered herself to Krishna' went far beyond what any one was even prepared to imagine.

Without Bhojraj to contend with, the reaction to her unacceptable trespasses was swift. Attempts were made to poison her by mixing poison in her drink and sending her a basket with a snake in it instead of flowers. Legend has it that these attempts failed. As Mira put cup to lip, the poison lost its sting. The snake turned into a garland (an idol of Krishna, in some versions). Eventually, it appears Mira slipped out of the palace and began to live a life of wandering, mostly to sites associated with Krishna.

One version has her accept Ravidas as her guru in this phase of her life. This too was unacceptable as Ravidas was a Chamar, an untouchable, whereas Mira was a high-born Rajput woman. While the Ravidas bit is perhaps mere legend (Ravidas, it appears, died in 1520 and hence, the timelines do not match); the story is in keeping with Mira’s life of defiance of convention. Legend has it that Mira merged into an idol of Krishna in 1547 in either Dwarka or Vrindavan.

In the 1994 book, Upholding the Common Life: The Community of Mirabai, Parita Mukta brought to light a hitherto unknown fact about Mira, unknown that is to the larger public, though certain people had been in the know for centuries. For long, the Sisodia Rajput community, Mukta’s research showed, had gone out of their way to suppress all memory of Mira to the extent that few even dared to utter her name in public spaces. Given that the Sisodias were the dominant caste in many places, evoking Mira was a task fraught with danger.

Keeping Mira’s memory alive was something the subaltern communities have done. To them, Mira’s paralleled their own. Her treatment at the hands of the royals which mirrored the lower castes’ own plight and her acceptance of the untouchable, Ravidas as her guru were the clinching factors.

In the 19th century, a compromise of sorts was arrived at enabling a certain form of Mira to be accepted into the mainstream. The conventional image of Mira, the devotee, was born and Mira, the defiant, pushed to the background. The anti-colonial movement, too, helped to recast Mira afresh with Gandhi calling her a “paramount satyagrahi” — “…Mirabai…forsook her husband …and lived a life of absolute love. Her husband at last became her devotee.”

Mira was a Rajput princess. A real one, unlike the fictional Padmavati. One who defied convention in her own time. As the debates around Padmavati and Rajput honour morph into exhibitions of naked hatred, it is perhaps time to remember her as she actually was. The notion of Rajput “honour” then acquires a whole new meaning.