Is there a conspiracy behind 'A' certification to Phullu - a film on menstrual hygiene awareness?

Girls start menstruating when they are in their teens (pre-adults), yet the Central Board of Film Certification (CBFC) thinks it's not age-appropriate to talk about it till they become adults.

Phullu, which will hit theatres tomorrow (June 16), has been given an "A certificate" by the CBFC because the movie speaks about menstruation awareness.

Directed by Indie filmmaker Abhishek Saxena, Phullu is a movie where the eponymous protagonist, played by Sharib Ali Hashmi, tries to make low-cost sanitary napkins to make the lives of the women around him easier. The makers of the movie say the idea is to remove the taboo around menstruation by educating people.

And that is exactly the kind of movie we need to show in India to normalise menstruation, to talk about periods openly and not just in whispers (strangely, one of the most widely used brands of sanitary napkins in India calls itself that, yes, whisper. Why? Your guess is as good as ours).

Most young girls in India are caught unawares when they suddenly start bleeding or start experiencing stomach cramps. They feel the blood flowing out of their vagina is a result of either some deadly disease like cancer or some injury. 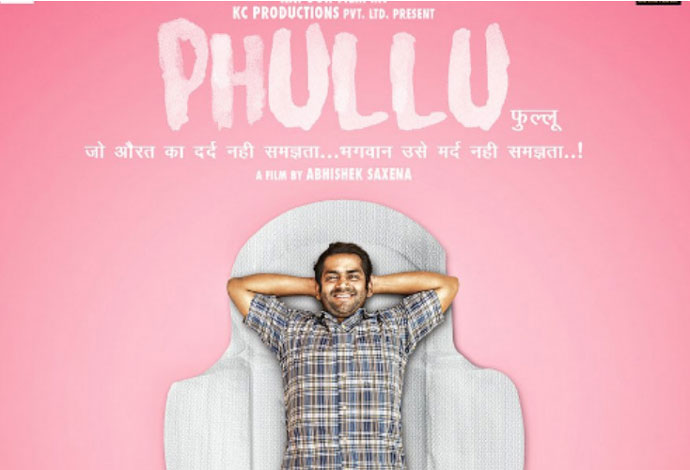 Menstruation or menstrual hygiene awareness fails to find a mention in public discourse.

Often they are terrified to tell even their mothers, and eventually when they do, they are told that they have now become a woman and should behave like one.

What follows is a long list of "don't dos" — don't go out to play with boys during that time of the month, don't enter the kitchen, don't go near a temple, don't touch the pickle and hundreds of other such unscientific and unexplained practices prevalent for ages.

Sadly, that list doesn't include any lessons on menstrual hygiene. That pre-pubescent girls need to know what to expect when they get their first period and how to take care of their health and hygiene, is something Indians feel ashamed about talking, or find it not-so-important to discuss.

Call it shame or the prejudice towards women and their health, menstruation or menstrual hygiene awareness fails to find a mention in public discourse. So, the CBFC's decision shouldn't come as a surprise.

We have had enough occasions when the man behind the theatre of the absurd has shown us what kind of regressive ideas rule his sanskari mind.

CBFC chairperson Pahlaj Nihalani not just have a problem with adults kissing on the screen but even with women-oriented movies if they happen to portray female sexual desires.

For the CBFC, women have no right to know about their own body or its functions, let alone talking about sex fantasies. However, it's okay to portray women as subjects of sexual fantasies. Women, much like the regressive ideas that have made a comeback with vengeance of late and rule the entire country, should behave, live and die according to the rules made by men.

The fact that the CBFC thinks menstruation is an adult subject itself calls for a mentally imbalanced certification for the man.

But there is one more theory doing the rounds following his latest diktat —  yes, that of a conspiracy. That the decision to give an "A certificate" to Phullu was a deliberate attempt to stop it from dominating the national discourse because of a similar release slated for next year.

India's new national icon, Akshay Kumar, has been shooting for Padman, a film based on the same theme — menstruation hygiene — but with a different storyline.

There are whispers that since Akshay Kumar is known to be in the good books of the current dispensation, nobody wants to hurt the prospects of Padman.

Padman was initially slated to hit the big screen in December this year, but now the makers are reportedly eyeing a Republic Day release next year. While many fear if Padman too will be given a similar rating, Saxena (Phullu director) is certain that Akshay Kumar's movie wouldn’t suffer the same fate as Phullu.

"I’m sure that the CBFC will not give Akshay Kumar’s film Padman an ‘Adult’ rating. Because he’s Akshay Kumar and whatever he shows is good and worthy of being seen as a ‘public interest’ message. If he gets an ‘A’ he’ll get Modiji to tweet about it and the CBFC will fall in line. But I’m sure he’ll get a U/A rating, so it won’t even come to that. When Padman releases, I’m sure that the CBFC will pitch it as an ‘education’ film, even though our film is just as much about menstruation and the taboo around it, as theirs," he was quoted as saying by The Quint.

Well, conspiracy or not, the CBFC's latest diktat has once again proved how deeply prejudiced it is not just against off-beat filmmakers (if the last National Awards didn't make it evident), but women as well. It's a shame that it didn't spare a thought for the young daughters of India.

It also shows why the film board is so confident that it can stop menstruation from entering the mainstream discourse — because Indians don't talk about periods. Period!

Also read: Why women are not handmaids