We owe much to Altaf Husain Hali for writing a beautiful biography of the famous poet Mirza Asadullah Khan Ghalib. As someone who loves to eat and cook, for me, one of the most fascinating parts of the biography is the description of Ghalib’s food habits.

Hali writes that Ghalib’s breakfast would be just a glass of almond milk. He was also very fond of meat and ate it at every meal. Hali goes on to write that towards the end of his life, he had lost his appetite but even then a qorma made of 250gm of meat would be served to him at lunch. The meat pieces and the curry would be served in separate bowls. The upper part of the phulka — a fluffed-up flat bread made with flour — would be soaked in the curry and kept in another bowl for him to eat. There would also be a few paise worth of dahi (curds) in a bowl. Sometimes, there would be the yolk of an egg in another bowl. In the evenings, he would eat shami kababs or seekh kababs. He had a small appetite but he was very particular about what he ate. Mirza Ghalib always lived in straitened conditions and, one day, when the dastarkhwan was set for his lunch, it was full of crockery but the food that was put on it was very meagre. He smiled and said, “If you go by the plenitude of crockery, then my dastarkhwan seems like that of Yezid, but if you go by the quantity of food, then it that of Bayazid.”

Yezid was the second caliph of the Umayyad dynasty, famous for his impiety and persecution of Hussain ibn Ali, the grandson of the prophet, leading to his eventual death in the battle of Karbala. Bayazid Bastami was a famous 9th century Persian Sufi known for his piety and ascetism.

A famous anecdote describes an occasion when Ghalib was strolling with Mughal emperor Bahadur Shah Zafar and some of the emperor’s companions in the Bagh-e-Hayat Baksh or Mahtab Bagh in the Qila-e-Mubarak (Red Fort). The mango trees were laden with different varieties of the fruit. They were meant only for the emperor, the princes and the women of the harem. 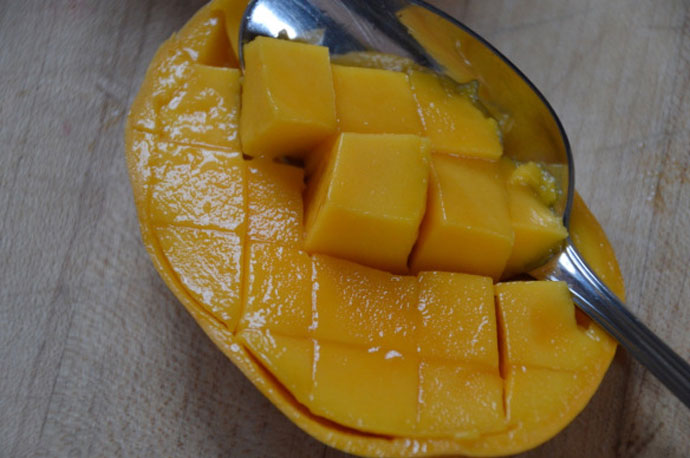 Ghalib would keep looking at each mango that they passed with great attention.

The emperor asked, “Why are you looking at each mango so attentively?”

With folded hands, the poet replied with great sincerity: “My Lord and Guide, some poet once said that every fruit has the name of the person (and his ancestors) destined to eat it written on it. I am looking for the name of my grandfather, father and my name!”

The emperor smiled and had a basket of the choicest mangoes delivered to Mirza’s house the same day. Once he was sitting in the verandah of his house with a very close friend of his, Hakim Razi ud-Din Khan, who wasn’t fond of mangoes. Just then, a donkey cart passed by. The donkey sniffed at a pile of mango skins lying there and, turning its face away, walked off.

The Hakim Sahib turned towards Mirza and immediately said, “Look, even a donkey doesn’t eat mangoes!”

One day Maulana Fazl-e-haq and some other gentlemen were discussing the merits of different varieties of mangoes. Mirza was also part of the gathering. When everyone had given their opinion, Maulana Fazl-e-haq turned to Mirza and asked him for his opinion. The bard smiled and said, “My friend, in my view, only two things are necessary in mangoes: they should be sweet, and they should be numerous.”

Despite the fact that his friends would keep sending him mangoes as gifts, he was never satiated with his favourite fruit. I dedicate a family recipe to Mirza Ghalib, his love for kababs and mangoes. Qaliamba is a unique dish that combines shami kabab with unripe mangoes.

Bring all ingredients to a boil with 1/4 cup of water. Give it 10 minutes in the pressure cooker. Once done, let it cool down. If there is some water left, open cook it till dry. If the paste is not thick enough, the kababs will break. Grind to a paste in a food processor. Add finely chopped onions, green coriander and green chillies to the mix.

Make kabab-shaped cutlets out of it to shallow-fry. The trick is to fry in very slow heat, with a little oil, at a time.

Peel and prick the mangoes with a fork.

Cut long, thin slices and throw the seeds away.

Boil the mango pieces with water and add sugar to it.

Place kababs in a wide vessel. Pour the murabbas over them and cook for 10-15 minutes on very low flame.

Put on a ghazal of Mirza Ghalib and enjoy. Of course, Mirza would have had a glass of his favourite wine to go with it.