#MovieReview: Rajinikanth and Akshay Kumar's '2.0' is a lesson for 'Thugs Of Hindostan'

There is only one way to watch a Thalaiva Superstar Rajinikanth film. And that is like a fan. Like God Almighty, one has to surrender to Rajini and not question his characteristic style as over the top. One has to simply marvel, not gravel at his screen presence.

The job to critique the Thalaiva’s film, therefore, is like walking a tightrope — lest you fall into a bottomless pit of main kaun hoon-main kahan hoon-esque existential crisis. But fall you will, whether into that pit or in love with his charisma is the question.

I went prepared, leaving my snooty nose and crooked eyebrows home, ready to be hit by the Rajini wave. 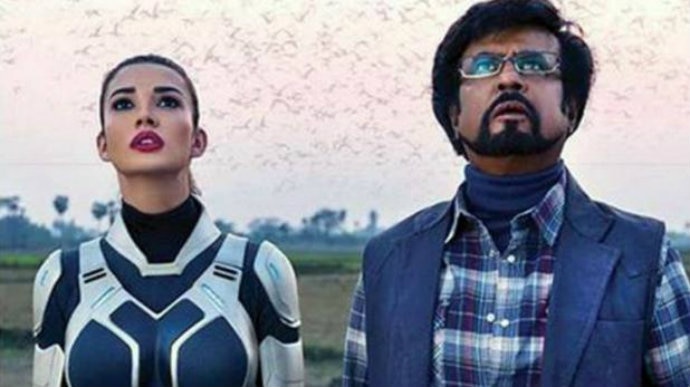 Surrender yourself to the Thalaiva and let him do the rest. (Source: YouTube screengrab)

2.0, for the uninitiated, is a sequel to Rajinikanth’s 2010 film, Enthiran, or Robot, in Hindi. Before you ask, yes, it is worth the wait. Made on a budget of roughly Rs 543 crores — higher than the budget of Thugs Of Hindostan — 2.0 is ambitious, but not a misguided fool.

For they know if someone can carry the weight, it is the mighty Rajini.

So, did they do justice to Rs 543-crores worth of masala? Absolutely. You will have the pleasure of experiencing Rajini four-ways — as Professor Vasheekaran, the return of Chitti, Chitti 2.0 (hence, the name) and Chitti 3.0. If that’s not a clear indication that there will be a third part to this phenomenon, I don’t know what is.

You also have Akshay Kumar as Pakshiraj, India’s answer to Birdman in more ways than one. You have Aishwarya Rai Bachchan’s voice reprising her role as Sana, but clearly, director-writer-screenplay writer Shankar didn’t feel the need to use more than her picture flashing on the phone screen when she calls. And Amy Jackson, delivering her life’s best performance ever, as an expressionless humanoid. If you think the makers cut her a raw deal, well, she got an entire song with Rajini sir for the end credits. Aur kya chahiye? 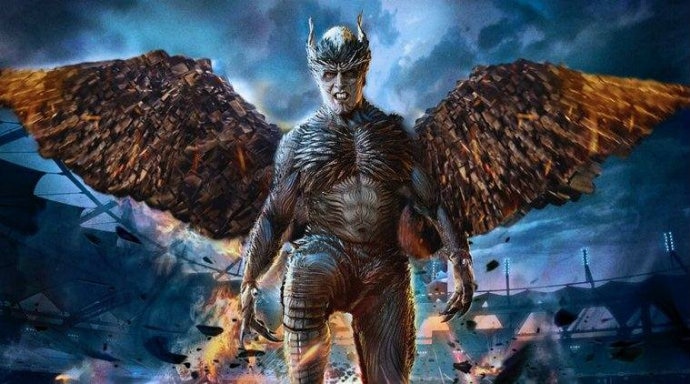 The film is set in post-modern India where scientists — stars in their own right in their own fields — drive Lamborghinis and live in fully-automatic houses with humanoid secretaries. But hey, if I didn’t question Tony Stark, I am not going to question Vasheekaran. Stark inherited a fortune, Vashee can flip-wear his shades and build robots that look like Rajini. Need we say more?

Akshay’s Pakshiraj, much like Birdman himself, is basically the evil streak of your alter ego, shaped like a bird. Only, he looks way (waaaaaay) better. He is menacing, yet you feel his pain, he is ruthless but you still feel sorry for him.

Without giving out spoilers, here’s some context.

We’re living in a world where technological and scientific advancements are constantly at daggers' end with Nature itself. Every kind of advancement has a by-product, and thereby, repercussions on Nature.

In the scope of this film, Shankar has woven a tale around radiation emitted by mobile phones and telephone towers, its ill effects on birds, and how the extinction of the avian species will, in turn, wipe out the human race too.

Okay, the concept might be a bit flawed, given that there are opposing findings (this and this) regarding whether birds are actually affected by these radiations or not. But, in theory, it is very believable.

So, what’s the solution? Should mobile phones be banned, something that we’ve become so used to in such a short time, should we now learn to live without it? Or should we let all birds die?

The first half of the film — a visual delight — goes in establishing this conflict when all cell phones functioning in Chennai are sucked into the stratosphere. There’s panic because an entire generation doesn’t know life beyond selfies, and then, there is the realisation that you now have time to spend with your family. But, like a dialogue in the film goes, “Mobile phones biwi ki tarha hoti hai,” you can live with them, you can’t live without them. Misogynistic, but true. (PS, replace biwi with pati and it works just as well).

So where are these phone going? Birdman Pakshiraj has hatched an evil plan to teach the thankless people of Chennai, and thereby the world, a lesson by killing them with something they so love — cell phones. Rajini has to win, and Pakshiraj has to fall. (Source: YouTube screengrab)

Like most of Rajini’s films, 2.0 too has a message at heart, but interestingly, it is precisely the same that the prequel conveyed — what happens when the very machines we created turn against us. When we nurture evil, won’t evil come sink its teeth into our flesh? If Chitti turned rogue back then, cell phones are the threat this time.

The film, however, tumbles and falls at this threshold. To neutralise a threat produced from the ill effects of machines, 2.0 drops another machine — Chitti — and then another — Chitti 2.0 — and another — Chitti 3.0. At one point, it is machine fighting machine like Transformers, only here it is Birdman and Ironman (yup, that’s what they said), and you’re helplessly clutching the armrest of your seat, fidgeting as that coffee craving multiplies. 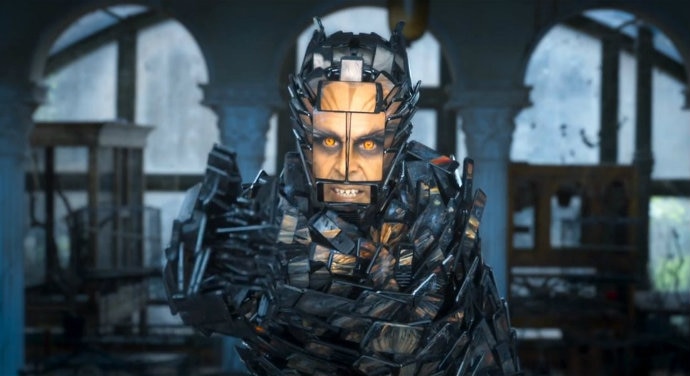 The ending is equally undetermined, with the powerful Pakshiraj falling like the plucked feathers of a pigeon. Why we manage to create outstanding villains but fail to give them their due in the end is the subject of another story, one with Joker, Bane, Loki, Thanos, and even Pakshiraj sitting across a roundtable.

But, Rajini, a man who can manage to shut Chennai down for a day just so the people could catch his film, has to win, and for that, Pakshiraj has to fall. A very special mention to the outstanding CGI work in the film. VFX supervisor Srinivas Mohan, take a bow.

2.0 has not only put its money where its mouth is, but it’s also served it on a silver platter for the mouth to lap it up. And in this, it serves as a lesson in how to utilise big budgets and big stars for bigger returns for Thugs.

Since nobody rates Thalaiva, only he rates himself, I give 2.0 tickets to Aamir Khan and Amitabh Bachchan, so they could watch and learn from the boss.

Also read: With love from Chennai: Why eight years' wait for Rajinikanth's 2.0 was worth it