'Through music, we would like to urge the upcoming government that our rights should not be neglected.'

Back in 2007, when I was a teenager, I remember becoming a fan of a page called "Hip-hop music is crap ball" on the now-forgotten and extinct social networking site, Orkut. Around that time, I was devouring copious amounts of Tracy Chapman - "Fast cars" and "Give me one reason" blaring out of my tiny pen drive-like music player - begging me to stop because I’d overplay them.

Over the years, I grew resilient to all kinds of music, but irony hit me hard almost a decade later. Now, I am in awe of hip-hop music.

I still listen to my favourite experimental bands such as Arctic Monkeys, Oasis, Radiohead, The Black Keys and not to mention other indie obscure bands, which make you seem cool in front of people who belong to your generation. Some of them are still as good as it gets, but let’s face it the newer rock bands unlike their predecessors in the recent years have hardly been able to depict the same edginess, the angst, and the unadulterated swagger a band needs in order to attract large number of devotees.

But why am I saying this?

So on Tuesday (April 17), when the world woke up to the news of Kendrick Lamar winning the Pulitzer for music for his 2017 album "DAMN", the first thing I did listen to was "Humble" on loud decibels. The lyrics somewhere in the second verse have a couple of lines I am fascinated by:

Lamar, in this verse, is obviously mocking the false standards of beauty, especially when he says, “I’m so f*ckin’ sick and tired of the photoshop”. 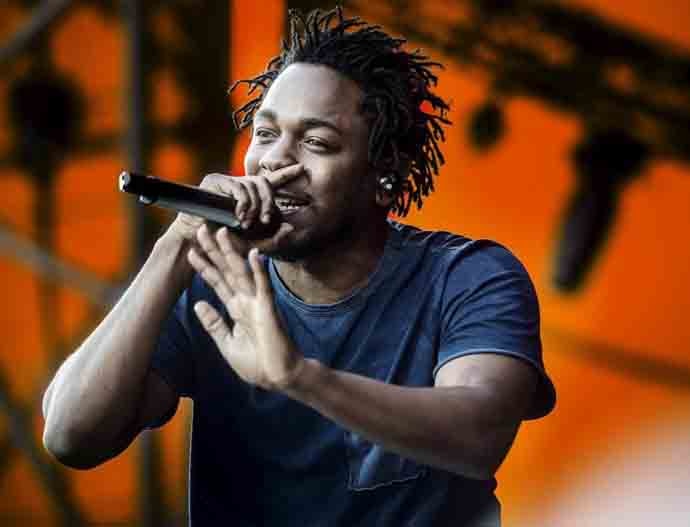 Now these lines have the potential to work for a lot of people. There is weight in those sentences, especially coming from someone who never went to college - establishing a rather important fact that philosophy could come from anybody - and one doesn’t really need a college degree.

Lamar released his first album in 2004 when he was only 16. It was called "Youngest head Nigga in charge". Thereafter, he has gone on to top charts and has even received 12 Grammy Awards.

So what is it about hip-hop music and its ability to connect?

Famous British writer Zadie Smith in one of her interviews had said, "The great working class monument is seen in music because music doesn’t need a narrow path, you don’t need to speak a certain way to be a musician."

She compared this to literature by saying that one needs a college education to be able to write, but a lot of creative people “continue despite all odds to be incredible musicians, incredible hip-hop artists, in every form where you don’t need money or a degree their creativity will be clear”.

Take Khasi Bloodz, a crew from Shillong, for instance which had collaborated with a bunch of other artistes such as Feyago, Cryptographik Street Poets, Symphonic Movement - all of whom belong to the underground hip-hop scene of Northeast India - to deliver a banger in 2016 called "Anthem for the Northeast".

D-Bok, a member of the Khasi Bloodz’s who is visibly angsty in the video (and in almost all the videos), depicts a kind of attitude which makes him stand apart with class. In his verses, there is a natural contempt for the system: “I ain’t no Casanova, reefer smoker, not a singer/always drinking, never sober, body’s aching, need a liver/but I do not think I freakin’ need somebody to deliver me from evil, I’m a sinner/I disfigure every rapper in this industry in India/I don’t give a shit you Honey, Brotha who??/Big deal or Krsna the rapper?/I’m a Khasi homie, I don’t give f*** with all that drama…” Internally, those lines are perhaps what most people can relate to, the idea of not caring two hoots about the government or your boss.

D-Bok makes it sound all too cool.

I have even heard people vouch for hip-hop music by saying that it has the ability to save lives - that it has often made impacts on the lives of people who now declare themselves afflicted groupies. Of course, there are many stereotypical hip-hop acts that reek of misogyny and carry images that objectify women, and I’m definitely not talking about them. But there are acts that are truly defying the mainstream style and are actually making an effort to talk about real issues.

For instance, this year, before the Tripura Assembly elections I spoke to another rapper from the region, Borkung Hrangkhawl, who has been making music that talks about the issues faced by the indigenous people of Tripura. He collaborated with several musicians from the region before the elections to release a track representing the wishes and desires of the tribes of Tripura.

He told me, “Through music, we would like to urge the upcoming government that our rights should not be neglected. There are so many different tribes in Tripura and there is a lot of disharmony among them. I believe music can bring them closer.”

Sometime towards the end of last year, a friend of mine made me listen to N.E.R.D and Rihanna’s "Lemon". Needless to say, the song was an absolute stud, and did its regular rounds. The video too was a winner - it opens with Rihanna shaving the head of Mette Towley, a firebrand dancer from Pharrell Williams’s dance squad, The Baes. In the video, a bald Towley unravels her sexiness by breaking into various moves as the video progresses. And one is left to wonder who this woman is - twisting and twirling the way she wants to, with glitter smeared all over her body.

This is what sets this genre apart, the ability to spread the message out loud and clear that there is nothing to be afraid of, and one could probably be and live the way they want to.

And no, hip-hop music ain’t no ball of crap.

#Northeast, #Pulitzer, #Kendrick Lamar, #Music
The views and opinions expressed in this article are those of the authors and do not necessarily reflect the official policy or position of DailyO.in or the India Today Group. The writers are solely responsible for any claims arising out of the contents of this article.

The author is a freelance journalist based out of Assam.