How Charles Dickens once made Mussoorie's Landour famous

Mussoorie has always been associated with literary activity. Renowned writer Ruskin Bond, who has been living here since 1963, has brought into focus the beautiful hill station through his stories as well as descriptions of the long years he has spent in Landour (Old Mussoorie). Stephen Alter and his cousin, the late Tom Alter (residents of Landour) are very well-known names in writing and theatre. Ganesh Saili, Bill Aitken, and Hugh and Colleen Gantzer also reside in Mussoorie. Anita Desai was born in Mussoorie. However, Mussoorie had established its relationship with writers and writing much before this — in the times of the world famous Victorian author Charles Dickens.

February 7, 2018 is the 206th birth anniversary of the world-renowned English writer. Most people know that Rudyard Kipling had visited Mussoorie. However, it is not a commonly known fact that even Charles Dickens had a connection with this popular hill station in North India. Dickens was born on February 7, 1812. In 2012, the bicentenary of his birth was celebrated all over the world. Mullingar — one of the first buildings in Mussoorie.

It is indeed a matter of great pride for the hill town that it even had a correspondent living here in the 19th century who wrote for two magazines edited by Charles Dickens, namely Household Words and All the Year Round. This correspondent was John Lang, the brilliant Australian writer and lawyer who wrote for Household Words, which was also established by Charles Dickens. 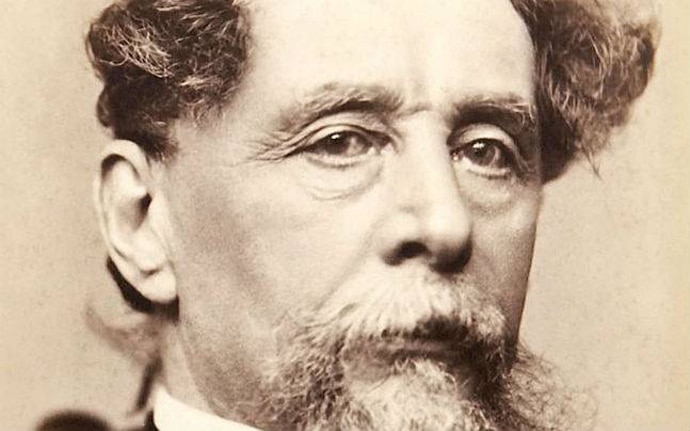 Mussoorie had established its relationship with writers and writing in the times of the world famous Victorian author Charles Dickens.

In Wanderings in India, his travelogue, Lang has given vivid descriptions of the natural splendour Mussoorie was endowed with. He also wrote a long article on the famous “Himalaya Club”, which was then the centre of all social activity and is now a hotel located in Landour. Balls, carnivals, gambling and music marked the social life of the hill town. Lang also describes how “God Save the Queen” was sung on the Mall Road and a march-past conducted to the accompaniment of a band. The article appeared in the issue of Household Words on March 21, 1857.

Wrote Lang, "This is the first time that the Himalaya mountains have listened to the joyous sound of music. We have danced to music within doors, but never, until this day, have we heard a band in the open air in the Himalaya mountains. How wonderful is the effect! From valley to valley echo carries the sound." Charles Dickens and his London publishers, Bradbury and Evans, founded Household Words as a weekly magazine with the purpose "to show to all, that in all familiar things, even those which are repellant on the surface, there is Romance enough, if we will find it out".

Dickens' own contributions to Household Words were both plentiful and significant: in addition to providing the magazine with weekly instalments of Hard Times, in its pages he published both A Child's History of England (1851) and The Lazy Tour of Two Idle Apprentices (1857) serially, and contributed in his own right 108 essays and articles (as well as collaborating on a further 45). More than a quarter of the pieces in Household Words were written by Dickens' regular editorial staff of five (Dickens, Collins, Wills, Horne, and Morley). During his stay in the hill town, Lang married a spinster of Mussoorie called Margaret Wetter and a record of the marriage can be seen in the record book of the Landour Church. This was his second marriage. Lang died of bronchitis.

Says Ruskin Bond, “When he died, he left everything to his second wife, whom he married in Mussoorie in 1861; but what happened to her after his death remains a mystery.”

When news of the 1857 revolution (called “mutiny” by the British) broke in Britain, Household Words responded slowly and cautiously. Not until the publication of Wanderings in India did the journal produce a consistent reaction to the revolution. Set in 1849-91, the series of 12 instalments posed as a straightforward travelogue that retrospectively prophesied and explained the rebellion, as it were. Lang also used to contribute to All the Year Around, edited by Dickens. He was buried in Mussoorie.