Gautam Kishanchandani cast me in Anurag Kashyap's Black Friday - the controversial film on the Bombay riots - in a major role. I was delighted and very impressed with the role. Anurag said that Aparna, the wife of his friend Pawan Malhotra, saw it and told him, 'Kitni khoobsoorat aankhein hain iski!' (What beautiful eyes he has!) And apparently, all the women on the set were gushing about 'is bande ki aankhein' (this guy's eyes). It was hilarious!

We were most amused, as you must be, because, to put it mildly, I'm not exactly known for my looks, am I? We had a good laugh about it. In fact, we laugh about it till today. Of course, he did not give it any thought then. Much, much later, during the shoot of Black Friday, when he was completely absorbed in the monitor scrutinising the scenes, he agreed that it was really so. That my eyes were indeed beautiful.

Sometime over the years, he began saying, 'Tu toh meri item girl hai!' (You're my item girl!), and he continues to tease me thus, till today. 'Badi zabardast shaadi hoti hamari!' (We would have had a great marriage!) We keep clowning around, but seriously, if either one of us were a girl, we would have married each other. I am his muse, he says, and he is mine, I tell him.

Many think that I delivered an astounding performance in Gangs of Wasseypur. But the truth is that I had almost ruined the character of Faisal Khan - by trying too hard, way too hard to exude power, because, well, isn't a gangster supposed to be powerful? Should he not display power to invoke fear wherever he goes?

'No way, Nawaz!' Anurag quipped. 'Just calm down. You are a gangster. They are already afraid of you, dude. You don't need to do anything.' 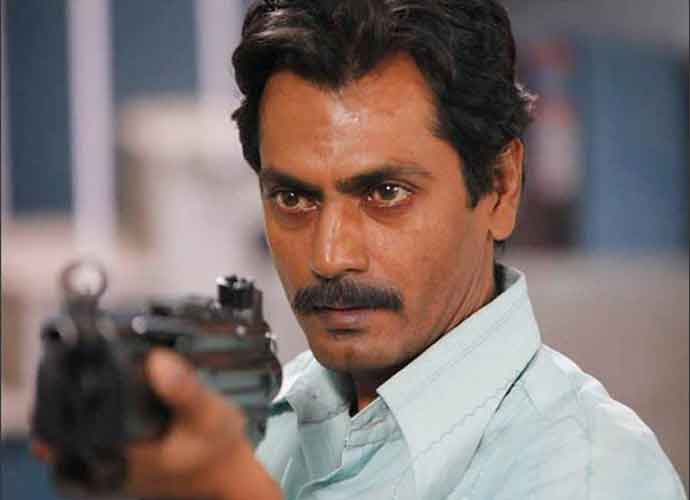 Siddiqui says he almost ruined the character of Faisal in Gangs of Wasseypur.

Then, the next evening in Benares, I made myself some green tea and as I sipped it silently, I sipped in his words as well. It took a while but finally I could sink into the skin of Faisal, and that is how I delivered those lines, which later went on to become legendary: 'Ma ka, Baap ka, sab ka badla lega tera Faisal.' (Mother's, Father's, your Faisal shall take revenge for everyone.) I said it with total mildness, utter calm, no drama. Anurag was like, 'Yes! That's it!'

Many elements of Anurag's cinema are so lifelike because they are drawn from the realities around him and those of the crew. There is this famous scene between Huma (Qureshi) and me in Gangs of Wasseypur, the 'permissun' scene - it is based completely on a true event in my life, the memory of which popped up during the workshop. There were other incidents too, though a little less childish and more corrupt.

Later in Mumbai, I told a former batchmate, 'Main aapke saath sex karna chahta hoon.' (I want to have sex with you.) I'm lucky she did not kick me in the balls.

Today, of course, I am ashamed, but you see, we came from the village and we had no tameez (etiquette) about how to talk to girls. All of this freedom we saw of the modern women was scandalous and our narrow minds would think, 'Oh, if this girl smokes, uske saath kuch bhi kiya ja sakta hai' (you can do anything with her).

Of course, it was utterly wrong and awful! But I did not know that then; it was only later that I learnt to respect women and their freedom. Anurag found these incidents hilarious but he was also touched by their pure innocence. He had become great friends with Shweta Bhardwaj, an actress who had auditioned for Dev D (which did not work out; she then went on to act in another film called Mission Istanbul.)

One evening, when they were having dinner at her place, she randomly commented, 'Kaaliye ke saath kya kar rahe ho?' (What are you doing with this black guy?) Anurag left instantly, right in the middle of dinner. He was deeply hurt by her words. When a director believes in you like this, how can you not give him beyond your best?

Before Dev D, even after it, we often talked about life and intimate matters; I remember asking his advice on whether I should get married or not. I was confused back then given the unpredictability of an actor's life, his struggle and all the depression lurking around.

Today, of course, we are both extremely busy and too pressed for time to hang out like in the old, carefree days. Our conversations are exclusively about work. But even today, I feel nobody quite understands me as deeply, as beautifully, as Anurag.