Netflix deleting the 'suicide' scene from 13 Reasons Why is proof that it never understood the show!

As we continued to applaud Netflix for taking a stand even as criticism poured in on social media, it was actually just riding on the success of the show.

A study by Rakhi Dandona, a researcher at the Public Health Foundation of India, published in 2018, revealed that India accounts for a third of the world’s female suicides and nearly a fourth of male suicides. The data used in this research was collected through various sources — official surveys, medical records and other police or news reports. It will be fair to deduce that the numbers might have gone up since then.

This was a year after Netflix released one of its most controversial shows, 13 Reasons Why, the story of Hannah, a young woman who kills herself and posthumously reveals the reasons for her decision through the 13 tapes, vide episodes, in March 2017.

The show immediately garnered two very extreme reactions — with half dissing it for glorifying suicide, and the other half lauding it for turning such a serious issue into a dinner table conversation. Social media was divided over 13 Reasons Why. But the makers and Netflix stood by the show for over two years. (Photo: Twitter/Netflix)

Yes, we need to talk about teen suicides, and not just in the US, where the show is set. For Rakhi Dandona’s findings prove that this is clearly not a first-world problem alone. And the show did just that — address the issue, making you see it exactly how it is, through the eyes of the deceased.

In May 2018, the second season of the show dropped, amidst similar debates on social media. Judging purely on cinematic merits, the second season wasn’t that impactful, but even in that, the makers and Netflix stayed true to one thing — addressing certain important issues that need your attention. From suicides and rape in the first season, it went on to address drug abuse — again, all relevant, all very important.

But something strange happened a couple of days ago when Netflix announced they’re going “edit out” a three-minute suicide scene from the show, owing to its graphic nature and the public reaction over it. This three-minute sequence shows Hannah killing herself — arms stretched out in the bathtub where she was ultimately found by her mother.

In an official statement, Netflix said, “We've heard from many young people that 13 Reasons Why encouraged them to start conversations about difficult issues like depression and suicide and get help — often for the first time. As we prepare to launch season three later this summer, we've been mindful about the ongoing debate around the show. So on the advice of medical experts, including Dr Christine Moutier, chief medical officer at the American Foundation for Suicide Prevention, we've decided with creator Brian Yorkey and the producers to edit the scene in which Hannah takes her own life from season one.” 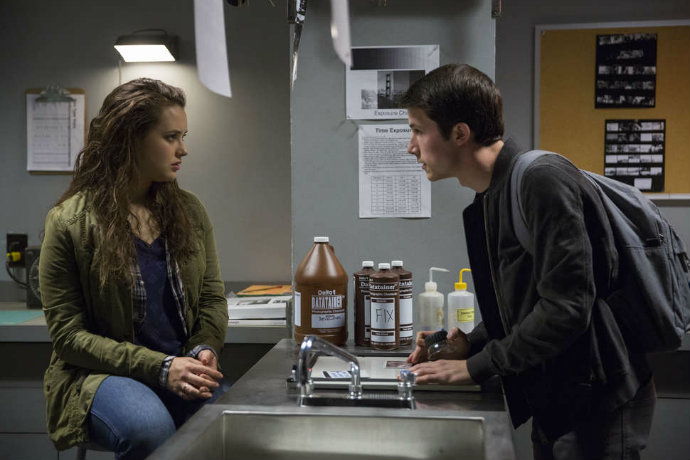 The show made us see warning signs, both internally and around us. It was graphic, it was hard-hitting, but it was much-needed. (Photo: Twitter/Netflix)

The said scene was graphic. It was so hard-hitting that it made your stomach churn and if you were watching it at night, like yours truly, it probably made you stay wide awake in bed — tossing and turning as your entire life flashed before your eyes. We’ve all come so close to being the Hannah of that moment so many times. So close. But something managed to pull us back — a friend, a parent, a silver lining we coaxed ourselves to see in that dark hour. For many, however, there was no such metaphorical log to latch on to when the sea around them swelled.

If anything, the show and that scene — because of and not despite — made us more mindful of the little things that add up, potentially pushing us over the edge. The show made us see warning signs, both internally and around us. The show made us aware — albeit with a hard smack in the face, but a much-needed one, at that.

After two years of fighting — and winning — this battle, Netflix’s decision to chop that scene off just shows that Netflix never really got why the show hit such a chord with the audience in the first place. As we continued to believe that Netflix had actually invested in the cause, applauding it for taking a stand even as criticism poured in on social media, it was actually just riding on the success of the show.

As Netflix prepares for the third season of the show, it clearly doesn't want the kind of negative publicity it received after Bird Box.

Clearly, as soon as the going got tough, Netflix bailed.

Also read: What is the ‘Bird Box’ challenge, and why doesn't Netflix want you to try it at home?

#Social media hatred, #Depression, #Drug Abuse, #Rapes
The views and opinions expressed in this article are those of the authors and do not necessarily reflect the official policy or position of DailyO.in or the India Today Group. The writers are solely responsible for any claims arising out of the contents of this article.