Padmaavat could have been a great film

The mandatory declaration at the start could have been different: Any resemblance to history, Khal Drogo, Aquaman and designer jewellery ads is merely coincidental. Sanjay Leela Bhansali's controversial latest mesmerises with plush extravaganza, as you knew it would. The film also reiterates Bhansali is a smart storyteller, a craft that slyly conceals his occasional slants at factual/historical gaffes. Padmaavat only draws a basic idea from Jayasi's epic poem of the same name. Pre-credits, it is stated the film bears no likeness with anything that happened in history. As Bhansali serves his patented cocktail of music, melodrama and visuals, the notion keeps coming back. Perhaps this is not the film Bhansali made - at least, set out to. You wonder if Karni capers indeed took a toll somewhere, forcing Bhansali to alter or chop the original tale.

The outcome is a "safe" film, accommodating abundant earnest bows to Rajput aan, baan and shaan. Every time the broth needs pepper, Shahid Kapoor's Rawal Ratan Singh or Deepika Padukone's Rani Padmavati (for that matter, even the odd minor character) promptly gets going with eloquent commentary on virtues of Rajputana.

Padmaavat is predictable and politically correct that way. It could have been a great film, it chooses to remain a good watch. 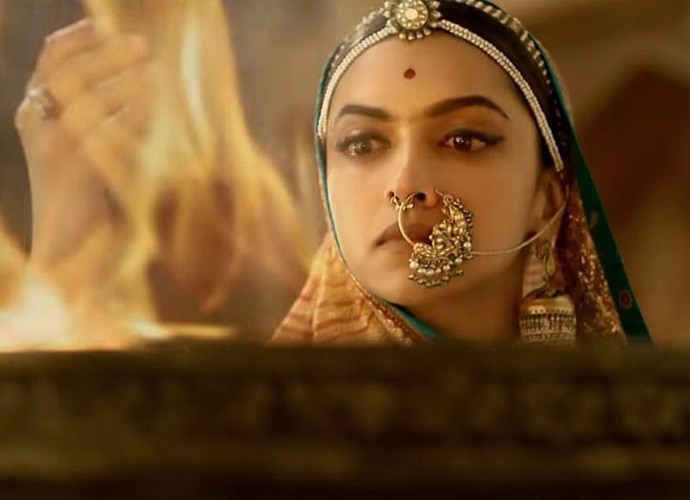 The quirky impact, though, lies in the story of Alauddin Khilji, which starts off alternating with the Padmavati-Ratan Singh track. Ranveer Singh as Khilji is a casting tour de force, bursting with evil energy. Villains without a single redeeming feature are a frequent lot in Hindi films. With Khilji, Ranveer gives the Bollywood historical genre its most badass villain (never mind the amusing "inspiration" that his get-up draws from Khal Drogo in Game of Thrones and Aquaman).

Bhansali and collaborator Prakash Kapadia's writing facilitates the scope to flaunt the film's visual and theatrical surplus. Khilji hears of Padmavati's peerless beauty and becomes obsessed about usurping her, as well as the Chittor throne. As the story unfolds, a lot of history is tampered with, to deify Ratan Singh, Padmavati and, of course, Rajput aan, baan, shaan.

Deepika, Ranveer and Shahid are outstanding in tailor-made roles. The prop cast, notably Jim Sarbh as Khilji's favourite slave Malik Kafur, is impressive, too. The stars will woo big ticket sales, but they cannot hide the fact that, like all that Bhansali has made in the past, the trick wholly lies in style and packaging rather than content.

Padmavati, many say, was a myth. Bhansali just added to the myth, spectacularly.