Viacom 18 COO Ajit Andhare tells Suhani Singh about the trials and tribulations faced during the making of the film.

If we start drawing lessons from Padmaavat, it will be a sad day. Somewhere you are already conceding that there will be challenges like this. I’d like to forget this entire episode as a bad dream. No film should go through this. A storyteller should have the freedom to tell a story without any kind of moral baggage weighing on him/her. That’s enshrined in the Constitution. There’s nothing more or less.

Look at how the Supreme Court backed us. That is a validation and a clear understanding of the principle of freedom of expression. The time should not come that we have to fight so hard for a film’s release. So I am not keen on saying that we should drawn lessons and apply them in the future.

We played it with a straight bat. We didn’t succumb to pressure and advice. We stuck to what we said on day one. We didn’t make a cucumber salad of our film.

I find it a funny question when people ask, "Where can I see the international version or the director’s cut?" There was only one film which was made and it was the one shown on screen. There was no circumventing around it or pleasing someone or getting worried about something.

If there was something that displeased anyone, it wouldn’t have passed the audience test. There were many aspects to the debate but in the end people have lapped it up. The “Ghoomar” song is almost a cultural icon - performed on ice, on Segway and NBA matches. There can’t be a debate that Padmaavat is part of our culture.

Interpretation is entirely audience’s prerogative. It is unfortunate that they say a certain act has been glorified. The best help came from the judiciary in which I believe the Delhi High Court made some interesting observations. If you went by the logic that Padmaavat is glorifying jauhar, then Devdas promotes alcoholism and the list goes on. Stories will depict episodes, depiction is not same as propagation or saying you ought to do this. That is wrong interpretation. 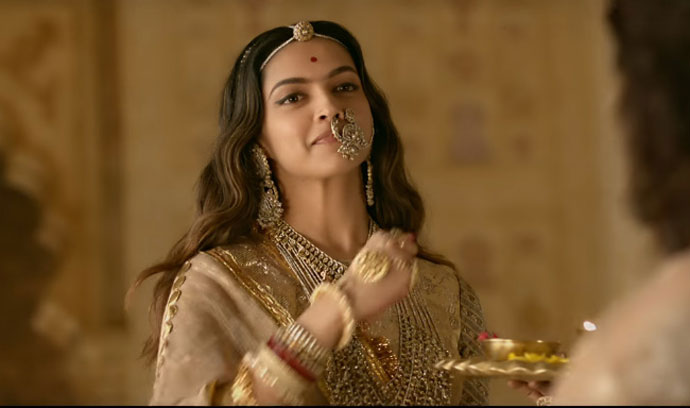 It is unfortunate that they say a certain act has been glorified.

You are not celebrating the act but the courage of the women who chose to do that in the context. You will use cinematic devices - such as stylised music and show hair flying - but doesn't mean you are glorifying the act.

Padmaavat wasn’t shown to people to seek their approval. It was shown because they were discussing about the film ad nauseam largely on the area of freedom of expression saying, "So what if there is a scene? Why should it not be allowed?" This way, they were not helping our cause, only fuelling the controversy. Private screenings were held to let them know what the film was about. But the way it got projected we were taken aback.

The issue was you cast aspersions on a film when nothing of that sort remotely exists. Lies are being spoken about. How do you counter them? We were trying to tell editors that you are on a different tangent when there is nothing objectionable in the first place. We were trying to clear a certain degree of news perception about the film. But it created a graver misconception that we are trying to be the cowboys who challenge institutions and break new norms. It was none of that. You show the film to people for feedback and they are seen as insiders.

Every time we tried to do something with the right intention, it moved in a different direction and people interpreted our actions in their own way which was unfortunate. It’s sad when people allege that you fermented this controversy and wanted it – nothing could be further from the truth.

We are certainly better than broken even. We are happy with the financial outcome. The fact remains it could have been bigger because it still is not playing in two states and there is absolutely no reason why it shouldn’t.

Also read: Why CBFC has an issue with Amartya Sen saying 'Gujarat' or 'cow'

#Honour Killing, #Jauhar, #Padmaavat
The views and opinions expressed in this article are those of the authors and do not necessarily reflect the official policy or position of DailyO.in or the India Today Group. The writers are solely responsible for any claims arising out of the contents of this article.