Padmaavat, like many other films in the past, has faced several hurdles before hitting the theatres.

The Supreme Court on January 18 cleared the way for its release, lifting the ban imposed by four states on screening of the controversial movie. A bench headed by chief justice Dipak Misra pulled up the states for banning the movie and said that the Central Board of Film Certification (CBFC) was the only statutory body that could take a decision to ban a movie.

The Supreme court’s judgment in the matter has reinforced the faith of every citizen of India who wishes to express his or her ideas and emotions through written (poetry, essay, story) or visual medium (painting, documentary and cinema).

Every medium of expression has to face the scissors of the state, certifying boards or public outrage if it does not conform to a particular belief, faith, concepts and preconceived notions. Cinema, in particular, has faced serious challenges in recent times, the most recent instance being Padmaavat.

The CBFC draws its strength from the Cinematograph Act, 1952, and is empowered to certify or refuse a certification to a film based on the interpretations of the guidelines of the act which is, in many cases, very subjective. 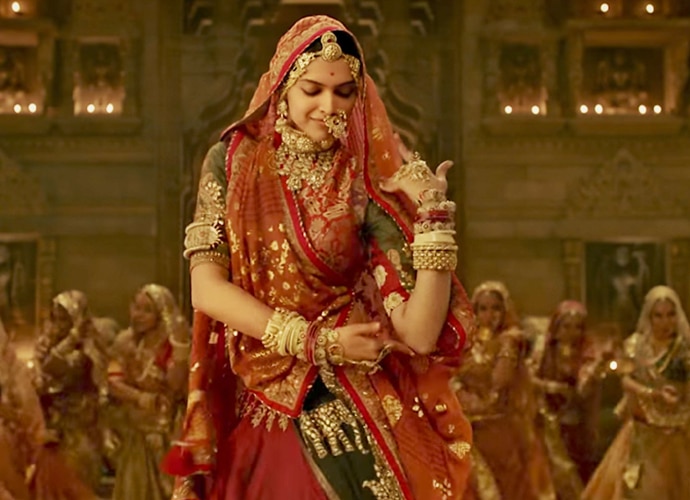 Many filmmakers in the past who felt aggrieved by the decision of the CBFC have had moved the high courts and the Supreme Court defending their right to freedom of speech and expression with reasonable restrain as guaranteed by the Constitution.

Most of the films denied certification in the past were refused on the basis that they would create communal disharmony, a law and order situation or on the grounds of morality that the film depicts obscenity and vulgarity. Cuss words or expletives became a major matter of debate in the past in the CBFC for which courts have already given a verdict - from Bandit Queen to Mohalla Assi.

But the opposition to Padmaavat raises a different but significant question - does a creative person have the right to derive inspiration and deviate and/or modify some instances from the original work for the larger good of the society. In search of the answer, I can immediately recall the Ramayana of Valmiki. For most Indians, it is a historical document and for many it is an epic. Goswami Tulsidas took inspiration from Ramayana and other works on lord Rama and created another epic known to us as the Ramcharitmanas. Goswami Tulsidas’s Ramcharitmanas deviated from several incidences or events mentioned in Valmiki's Ramayana. For that matter, some of the events found in Valmiki's Ramayana are not even included in Ramcharitmanas. Even Tulsidas was questioned and harassed. He too faced resistance and had to seek approval from Madhusudan Saraswati, a great scholar of Vendata of his time. Today, several regional variations of Ramayana are available to the readers.

Bhaas, the great dramatist, took inspiration and material from both the epics - Ramayana and Mahabharata - and added a touch of his creative genius and created classics like Pratimanatakam, Balcharitam, Karnabharam, Dootvakyam and others. In Urubhangam, which means "broken thighs", Bhaas made Duryodhana - the villain of Mahabharata - a hero in the play and presented a different shade of Duryodhana’s character, something that was a pure imagination of Bhaas. The great playwright was allowed to use his creative licence and, as a result, he enjoyed freedom of expression in his times.

There are even several regional variations in the narrative of Mahabharata as well.

Amrit Manthan or Devasur Sangram, written by none other than lord Prajapati Brahma, who took the material for his text from vedic literature, had faced severe resistance by Virupaksha -  the leader of Asura. The argument forwarded by Virupaksha was that Prajapati has shown Asura in bad light and distorted the character. This episode is described in the first chapter of Natya Shastra of Bharata Muni. Virupaksha and his supporters obstructed the public performances of the play and finally a settlement was reached between Prajapati and Virupaksha.

Public debate on controversial topics of history, and obstruction of the performances are not new. India has been witnessing it since Vedic times.

Kalidasa, the great poet and dramatist, took material from the past and recreated Malavikagnimitram which mentions historical events of the Shunga period, but a serious student of history would not call the play a historical one.

Vishakhadatta wrote Mudrarakshasa and Devi Chandragupta. Mudrarakshasa throws some light the on "history" of Chandragupta Maurya and Chanakya, but a historian will hesitate to accept the entire narrative of the play as a historical one. Similarly, Devichandraguptam is about Dhruv Devi and Chandragupta II of the Gupta dynasty, but it cannot be regarded as entirely historical in its narrative.

Traditionally in India, even literature is regarded as history. Needless to say that history is not only about dates and events. It is also about the interpretation of the events and therefore subjectivity regarding the interpretations comes into play and often we have different historical narratives.

Banabhatta's Harshacharita is the first historical novel of Sanskrit literature. It is called Akhyayika - a novel which is centered on historical persons and events, but having fair share of creative or poetic imagination. It is not a historical text but a historical novel. Banabhatta enjoyed complete freedom of expression and speech during his time as he had severely criticised civil servants and the governance of Harsha Vardhana in Harshacharita (Saptam Uchchhavas). India has a long and continuous unbroken chain of writing Bhashya or commentary on earlier works of great scholars, thus leaving the scope of the original text for further explorations and interpretations.

Current events, as far as Indian cinema is concerned, are perplexing when I examine the state of freedom of expression and speech as guaranteed by our Constitution.

For me, we belong to a civilisation which has always respected freedom of expression and speech, revered thoughts, ideas and philosophy of those who have even criticised and opposed the sacred Vedas. Buddha, Mahavira and several others dissenting philosophers and philosophies, including Nirgranthas and Charvaka ( Lokayata), found acceptance in the Indian soil in spite of their opposition to Vedas.

To me India is not only a geo-political entity but an idea. An idea that has grown over thousands of years and is still growing and flowing eternally, changing and adapting, accommodating, synthesising new ideas, thoughts and philosophy from all directions, including dissenting views.

Here a hard core traditionalist can be absolutely radical as well. Adi Shankaracharya is the best example of this. Here, a radical Kabir and traditional Tulsidas can coexist in the consciousness of India.

Maharshi Dayanand rejected Puranas as "galp" (works of imagination) and recommended to prohibit some of the most revered works, including Ramcharitmanas.

Dissent has lead to reform and transformation in the Indian society.

The eighth canto from Kalidasa's Kumarasambhava where the great poet has chosen to depict none other than Shiva and Parvati engaged in amorous art (act) may hurt the religious sentiments of some even as others may find it an extraordinary creative work of a genius. Jaideva’s Gita Govinda is another such example. There runs a risk that if a filmmaker of today chooses to translate the words of Kalidasa’s eighth canto from Kumarasambhava and Jaideva’s Gita Govinda with highest standard of aesthetics into cinematic images, a section of the society and the current mindset at the CBFC may certify it as vulgar, anti-culture/national and not suitable for adult Indian viewing.

Even some of the holy mantras from Chandogya and Brihadaranyaka upanishads run the risk of rejection by a section of our society.

Interestingly, there are several references of the use of abusive language in ancient Indian literature and works of several poets of medieval India. Knowing the fact that the language is abusive, the use of abusive dialogues between wives of kings and purohits/ritwiks continued for several centuries on the auspicious occasion of Ashwamedha yagna in order to keep the tradition alive.

The concepts of obscenity and violence are fast changing due to the ever-expanding social media platforms and internet. The young audience is exposed to violence through the growing medium of video games. Films from foreign lands, but from our global family, are becoming more violent than what they were in the past. Nudity in cinema and television is increasing and beamed into our homes through satellite channels and DTH services. Explicit sexual content is available to all even on cellphones. In this market-driven society, service providers are offering all kinds of audios and visuals for sensual gratification without barriers and boundaries.

In such an environment of explosion of information and access to “adult” content on the click of a button, moral policing has very little or no place in  the global society. I agree that India has a unique culture, but this unique India did not believe in banning any other uniqueness. If we take a closer look at the history of development of culture in India, Indian culture defies most of our preconceived notions of morality. We were and we are the most open and tolerant civilisation and, therefore, cannot afford to look at our films through a prism of narrow and closed minds.

Lord Shiva or Natraja is the original creator of Tandava, and godess Parvati is the creator of Lasya. Gods and goddesses can dance in their “Nandan van” in Kashi and entire cosmos.

Every time when a challenge is thrown by  filmmakers experimenting with fresh ideas or challenging our preconceived notions about India, obscenity, violence, values and many debatable issues concerning modern India, we take refuge in ancient culture of India to reject new ideas and initiate fresh dialogues with filmmakers, thereby denying the scope for ideas to grow. This, at times, results in refusal of certification or mutilation of art to an extent that the very idea behind the creation of the art work is defeated. Most of the time we reject an idea which does not suit our “cultural learning” or “bent of mind” labelling it as anti-culture.

In early years of cinema, it was men fighting men, now in digital era it is men fighting civilisations, aliens. Planets are at wars, robots killing robots, men killing dinosaurs, dinosaurs killing men. The cinema and its plots are changing, mankind has evolved too.

Hearing the matter of Padmaavat, the chief justice of India said: “If you go by this, 60 per cent of literature, even classical literature of India, cannot be read." The Supreme Court’s judgment has come as a huge relief for filmmakers of India.

In such turbulent times, we can take comfort in this shloka from the Mahabharata:

There is no end to arguments. There is not a single rishi or philosopher whose views can be accepted as the final verdict (truth). The essence of "right conduct" is indeed a subtle secret. The only recourse perhaps is to walk in the footsteps of the great men, and keep walking.