'To see Lahore is to be born': A view of Pakistan's famed cultural heart

On Pakistan's Independence Day, presenting an excerpt from Haroon Khalid's new book Imagining Lahore: The City That Is, The City That Was (Penguin Viking) which showcases one of the most famous cities of the subcontinent, delving into Lahore's undivided past, its traumatic Partition — and its vibrant, yet tumultuous present. 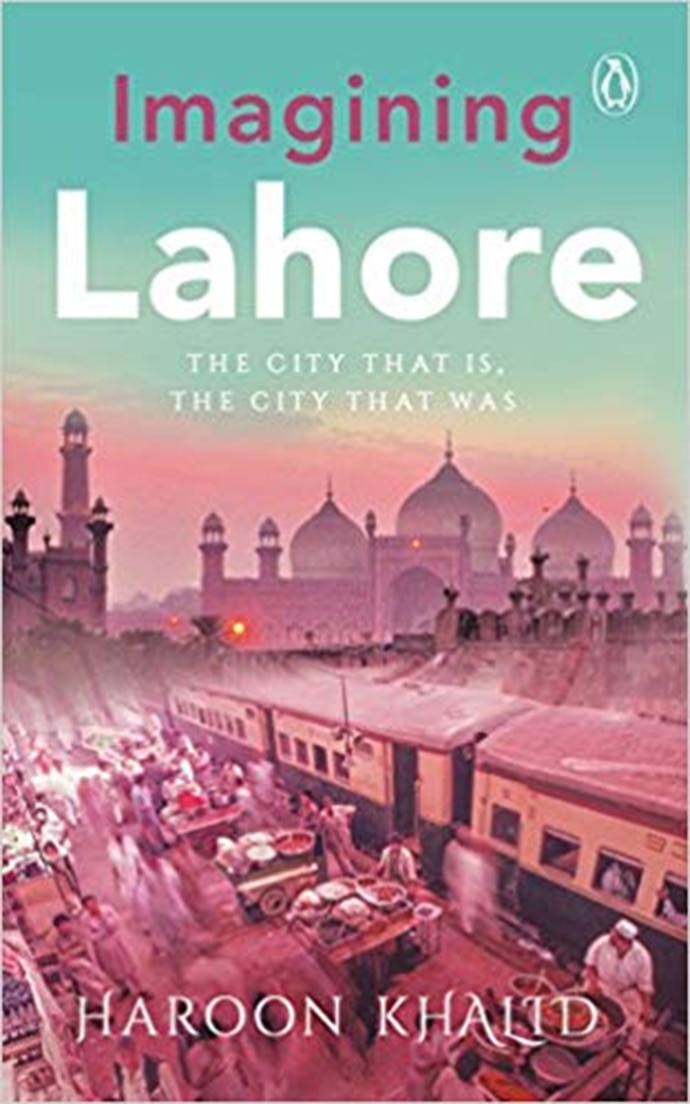 A huge mural adorned one of the walls of the veranda — Valmiki, with his flowing white beard and his hair in a knot atop his head and a halo in the background, flanked by his two cherubic students, Lav and Kush. A hermitage stood in the background, where Sita, after her banishment from Ayodhya, is believed to have been given refuge by the sage Valmiki. A river flowed behind it, ringed by mountains... a few local narratives suggest the site of Valmiki’s hermitage as the banks of River Parsuni, an ancient name for the Ravi. These folk narratives suggest that Lav, Valmiki’s disciple and one of the sons of Lord Ram and Sita, founded the city of Lahore. The city came to be known as Lavapuri, the city of Lav, eventually becoming Lahore.

At Lahore Fort, close to the Alamgiri Gate that faces Badshahi Masjid, there is a little temple dedicated to Lav, the founder of Lahore. On the opposite wall there is a cross at the centre with a picture of Christ on one side and Mother Mary on the other. Of the two rooms that are situated within the veranda, one is reserved for Valmiki, with his statue covered in a saffron shawl. The other houses several deities of the Hindu pantheon — Shiva, Vishnu, Ganesh, Durga, Kali, Lakshmi, Saraswati.

Facing the veranda is an open courtyard with a berry tree in one corner and a small room at another, used by the temple’s caretaker. Overlooking the courtyard are the tall buildings of Anarkali Bazaar. The entrance is a little gate with a saffron flag at the top, identifying it as a temple. Known as Neela Gumbad Mandir, after a blue-domed, Mughal-era mausoleum that is in its vicinity, the Valmiki temple is the only other functional temple in the city besides the Krishna Mandir at Ravi Road

It now serves as the community centre for the descendants of thousands of Valmiki Hindus who stayed back, braving the riots of Partition.

I first went to the temple in 2010, when I was working on a book to document religious festivals of the minorities around Punjab. In the courtyard of the temple, I was greeted by a handful of elderly men, part of the committee responsible for its daily functioning. Every evening they arranged a small puja attended by mostly just them. The temple, however, would transform during a religious festival... Holi, Diwali, Navratri, Krishna Janmashtami and several other Hindu festivals were celebrated here, but the grandest of all was Valmiki Jayanti, the birth anniversary of the sage.

Many of the devotees were Muslims and Christians... I met Azad Chowdry and his children, Yashwa and Teresa. While Azad played the tabla, his twelve-year-old son, Yashwa, played the harmonium and sang. Occasionally he was accompanied by Teresa. They were a Christian family but here they were, at a Valmiki Hindu temple, singing bhajans and preparing for Valmiki Jayanti. Sitting next to them and listening attentively was a professional flautist, Musharraf Ali, a Muslim. He was not a regular visitor to the temple but he would make it a point to attend on Valmiki Jayanti. Despite his religion he also identified as a Valmiki, similar to Azad and his family who were Christian Valmikis.

The religious identity of most of the devotees... reflects a certain degree of fluidity, impossible to imagine in a post-Partition environment. Most of them identified as Christian on official documents yet retained their Valmiki association. Many had ‘Muslim’ names that further complicated their religious identity. Only a handful of them could be identified as Hindu by name.

Deep within the community of Shahdara, on the western side of the Ravi, I interviewed an old widowed woman, Mary. At the time of Partition, she was a little girl living close to the canal. She was a Hindu Valmiki, named Vidya by her parents. She told me how, when they were playing on the banks of the canal, they saw a dead body floating in the water. She immediately ran to her mother to tell her... Her mother purchased a cross, put a thread through it and hung it around her neck. In that one gesture, she had ceased to be Vidya and became Mary, an identity that she clung to ever since.

These dual religious identities are in evidence at the Neela Gumbad Mandir where there is a mural of Valmiki on one wall and Jesus Christ and Mary on the other. While Valmiki Jayanti and Janmashtami are celebrated by hundreds of devotees, Christmas and Easter witness an equal number of devotees. The temple of Valmiki swiftly becomes the temple of Christ whenever required.

What brought together these different threads of religious identity at the temple was one common caste identity. Valmiki Hindus are part of the Dalit community ... At the temple, I interviewed Khem Chand, an old man in his eighties, who had changed his name to Shams Gill after Partition following his conversion to Christianity... The social exclusion continued after Partition, even though Khem Chand officially became Shams Gill and all the upper-class Hindus from Punjab migrated to India. 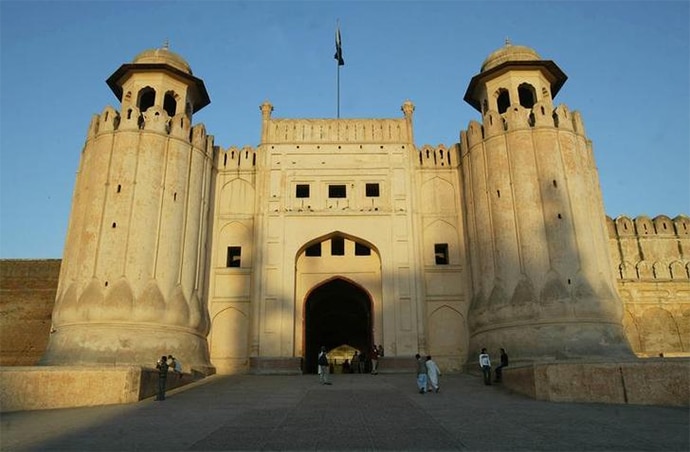 A Lahori icon, the grand Fort of the city. (Photo: Reuters)

Once, when he... was having a cup of tea at a little dhaba outside Lahore, the Muslim vendor of the stall forced them to pay for the cups as well when he found out about their identities, for they had been rendered impure and would have to be thrown away. The Muslim converts did not fare much better. Low-caste Hindus who converted to Islam are known as ‘Musali’ or ‘Deendar’ in Punjab and are in many ways still treated as untouchable. Many households where they work keep a separate set of utensils for them.

In the years following Partition when, particularly in Punjab, notions of patriotism were at their peak, any association with a Hindu past was taboo... Pakistan’s antagonistic relationship with India... made the situation even worse. Various Hindus and Sikhs... had to hide their identity or disappear temporarily during the 1965 and 1971 wars. In 1992, as a reaction to the destruction of the Babri Masjid in Ayodhya, hundreds of temples were ransacked, including this one. 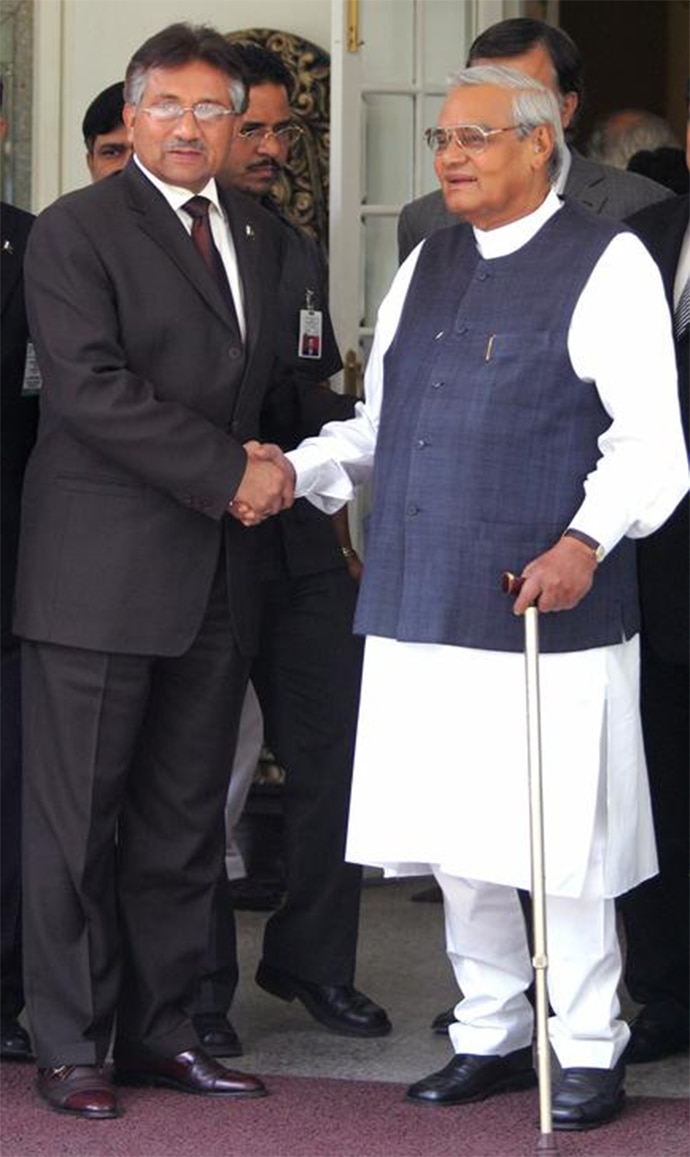 With the arrival of Pervez Musharraf... the state, an ally in the ‘war on terror’, was desperate to project a softer image of the country... Hindus... who had hidden their identities for decades began reclaiming their original names. Religious festivals... once again came to be celebrated.

The Valmiki temple at Neela Gumbad was also witness to this transition. Many Muslim and Christian Valmikis... were back... Sage Valmiki... held a particular significance for them... he was the deity of the Dalits, irrespective of their new religious identity. He himself was a Dalit who defied his caste when he became a sage. He became the most important sage, the adi-kavi or the first poet, who composed the Ramayana — its first ever written rendition. Sage Valmiki, an inspiration that endures in Pakistan too. (Photo: Indiatoday.in)

Valmiki for them represents a rebellion against caste hierarchy which continues to haunt them despite conversion. United by their shared experience of untouchability, hundreds of Christians, Muslims and Hindus continue to revere Valmiki, making this little temple in the heart of Lahore a unique symbol of almost a forced religious syncretism... one of the last reminders of what the social fabric of the city used to be before it was ripped apart by the riots of Partition.