Will Vivek Oberoi be able to woo us as PM Narendra Modi knowing our Mann Ki Baat?

It is confirmed — Anupam Kher is the new MMS. And Vivek Oberoi is his nemesis — NaMo.

Prime Minister Narendra Modi is second to none. If the biopic of former Prime Minister Manmohan Singh is due to hit the silver screen on January 11, how could his successor be behind?

Trade analyst Taran Adarsh announced the news on Twitter on January 4, and director Omung Kumar confirmed that he would be directing the biopic — scheduled to release around the general elections in 2019.

The biopic has been titled ‘PM Narendra Modi’ and was announced four years ago. The shooting will start from mid-January 2019, and the film's first look will be out on January 7. Paresh Rawal would have been the right choice to play the role of Modi at multiple levels — same roots, similar looks and ideologies. (Source: PTI)

Paresh Rawal was roped in to play the titular role initially. However, he has reportedly backed out due to unknown reasons. A bit of a surprise, actually.

Rawal — who shares his Gujarati roots with NaMo — would have actually been a good choice to play the role of Narendra  Modi, considering he is great at modulating his voice (to get the PM’s nasal tone right), looks somewhat similar to Modi, and most importantly — is a BJP MP and reportedly close to PM Modi.

In fact, in a media interview in 2013, Rawal reportedly said — “It will be very challenging. You have to go beyond that (mimicry). If I have to mimic Modi ji, then there are many people (who can do that). There’s no mimicry here that’s why it is difficult. Right now, I am meeting him, seeing him but then there is a preparation which happens when you detach yourself. You can’t prepare by just watching.”

It is quite intriguing that in spite of all the prep-work and research Rawal had apparently put in, he then apparently opted out — to be replaced by a relatively younger Oberoi. 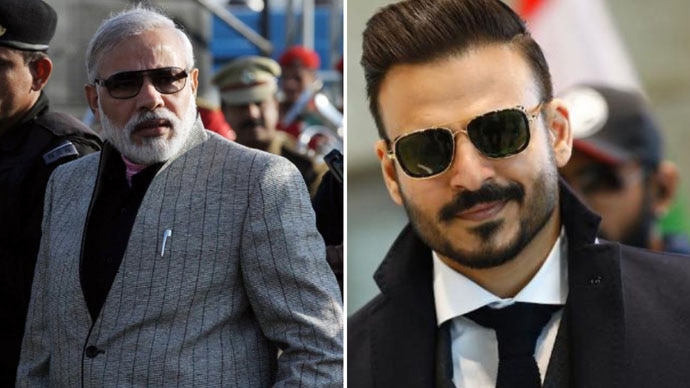 Vivek Oberoi: All set to be the prime man in Prime Minister's biopic. (Photo: DailyO)

It was reported that Prime Minister Modi's story, from poverty to power, had caught the fancy of US-based filmmaker Mitesh Kumar Patel, who was planning making a projected Rs 40-crore movie on him.

Patel also revealed that the biopic will also cover the controversial ground of the 2002 Gujarat riots — over which Modi has faced consistent flak. "Everything will be there. The notion that people have… the people, who are roaming around acting as the judiciary, their notion will also be shown," he had reportedly said.

Director Omung Kumar — who will be leading this project — can safely be called the biopic man of Bollywood. Of the three movies, he has directed so far, two are biopics — Mary Kom to Sarabjit, and now the upcoming story of Narendra Modi is added to his kitty.

All in all, it seems good news for Vivek Oberoi, who has not seen commercial or critical success in the B-world since Krrish 3. It remains to be seen if he can woo us with “Mitron!”

Also read: Will Ranveer Singh be the next Khan of Bollywood? His competitors are many, but his strategy is better