Why we love to hate Delhi

Has Delhi become a city that everyone loves to hate? Perhaps that’s an unfair question. Every city inspires love and hate in equal measure. There will be those who’ll get tired of it and move out. But then a city, by definition, will never lack lovers.

The exes will be replaced with new flames, underlining the relentlessness coldness of cities: no one is missed for too long. No one is indispensable. And yet, while a real city will outlast capricious humans, a city cannot do without them either.

While Delhi is far from being a dying city, more and more people are talking now of leaving it. Those who can, already have. There has been an exodus of sorts from South Delhi, of creative types leaving for Goa. For good. There’s a singular reason for this: air pollution. Those with children don’t want to take a chance. 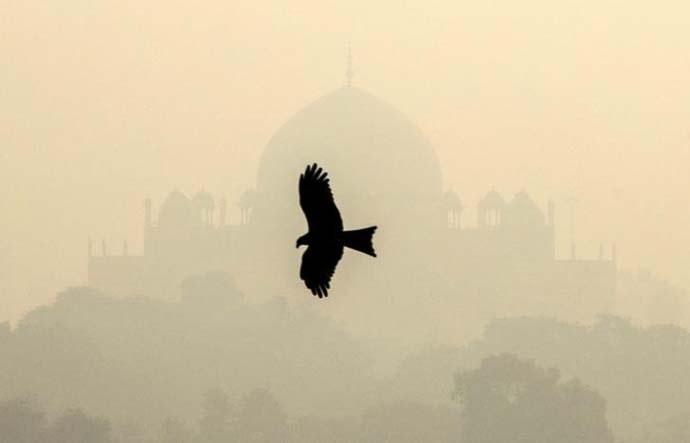 The Goa type was adding to the pollution in its own way. Once she has left, we can all breathe easy. They’re gone! They return once in a while to check if the rest are alive and to make us feel bad. There’s no point to your journey of betterment unless you have a witness.

The ones who have stayed behind, the current Dilliwalas —old hands as well as new migrants — resolutely find beauty in this beast of a city. A photograph of the humble pink bougainvillea (pronounced by all Indian maalis as ‘begum-millea’) can still fetch you a minimum of two hundred likes on social media. All one needs is a heartfelt caption: ‘Hey, Delhi isn’t that bad all the time!’ The implication being: Delhi is pretty awful most of the times, but we are resilient. Like the begum-millea. But Delhi isn’t all that bad. Privileged Delhiites tend to take things for granted. (Photo: Reuters)

Are we too harsh on Delhi? Folks from other big cities are known for never even leaving town. New Yorkers, Londoners and Mumbaikars are known for saying: ‘I cannot live anywhere else’. Even if they leave, it’s for short periods, and people speak of an itch to return.

Legend has it that some New Yorkers haven’t budged from the city in decades. Delhiites are, on the contrary, always fleeing Delhi. They are in a permanent state of transit. They are headed somewhere or returning from somewhere. If nothing else, it’s their farmhouses. They simply won’t stay put. 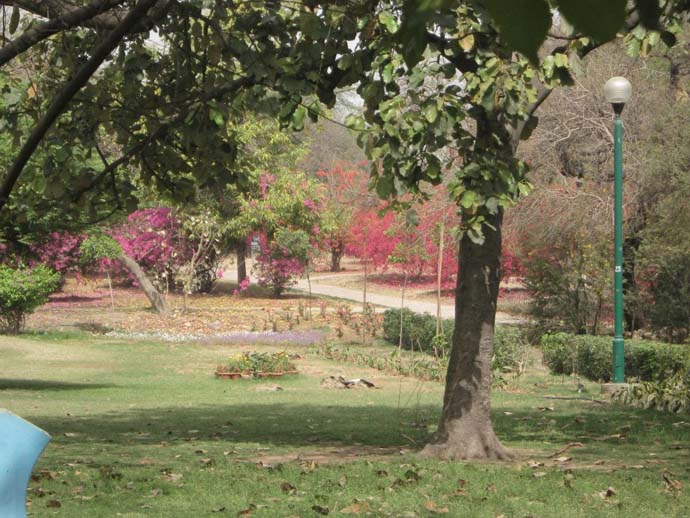 A photograph of the humble pink bougainvillea can still fetch you a minimum of two hundred likes on social media. (Photo: Facebook)

But Delhi isn’t all that bad. Privileged Delhiites tend to take things for granted, which people from other cities don’t: the lack of power cuts, stable high-speed Internet, excellent transport and food around the clock, an easy-going bar scene and plenty of local bands playing live.

Zomato had sunk but is back on its feet; Uber has become more reliable and lost its initial rustic edge. The Metro connects the NCR end to end. Brewers are pumping Delhi with new beer brands every week.

Delhi has transitioned quickly. If you live here, you appreciate every good change that the city undergoes. There are things it cannot change like its weather, where air-conditioners run from March to November — that’s nine months in a year.

Delhi boasts of an efficiency that wasn’t there earlier. The change is palpable. Things move. Once you get used to it, it’s difficult to get used to a smaller place, no matter how nice the mountains or the sea might be. There is always a trade-off. In the day time one takes the Metro to beat the traffic. It’s still not as crowded as the Mumbai locals. At night, Uber does it, taking us flying along wide well-lit roads and overpasses. Whichever direction one goes — East, West, North, South, there is a flat concrete sameness and consistency.

Driving though remains a problem. I remember the days the auto driver would start on some Bollywood whistling while ascending and descending the Moolchand flyover.  There’s something about mild elevation that makes the Delhiite burst into song.

We turned the Noida Expressway into the Expressway of Death. The other day I arrived at the dazzling, newly opened Signature Bridge at the crack of dawn. A motorcyclist sat there as if to meet this columnist on cue, blood streaming down his face. This was what I’d come to check on and was instantly rewarded. Delhi is beautiful — dangerously so. (Reuters photo of the Signature Bridge)

The bridge has seen comically tragic deaths — two students thrown off their bikes into the dry river bed below, not to mention accidents caused by selfie madness. Not wanting to be left out, I clicked one with my Ola driver. I lived to tell the tale. Meanwhile, two local kids went about their limbering up exercises on the bridge, putting their new neighbourhood asset to practical use.

There is blood in Delhi where one least expects it. Beneath the glamour, the working class responsible for the city’s efficiency snaps frequently. Quiet men pull out knives. In Greater Kailash, where I live, a salon owner stabs a female employee at 6pm. She staggers out and falls on the road. At about the same time, another employee is stabbed to death inside a Saket restaurant. A DJ in West Delhi stabs revellers in a pub. Delhi, it seems, lives by the knife, not the gun. It could be worse.

Also Read: Flying BMWs to gun battles at a five-star: Why Delhi is the coolest city in India

Post your comment
#Metropolitan, #City life, #Delhi pollution, #South delhi
The views and opinions expressed in this article are those of the authors and do not necessarily reflect the official policy or position of DailyO.in or the India Today Group. The writers are solely responsible for any claims arising out of the contents of this article.