The trailer for Prithviraj starring Akshay Kumar in the titular role dropped on May 9, 2022. As someone who grew up watching the much-loved Dharti Ka Veer Yodha Prithviraj Chauhan serial starring Rajat Tokas on Star Plus, the trailer of the movie was a letdown.

It’s probably because Akshay Kumar just doesn’t seem to be fitting into the regal role (I’m missing Akshay Kumar in his signature comic roles), or probably because Rajat Tokas, long ago, cemented himself into the role. Besides, the character of Sanyogita in the serial was introduced as a feisty princess; not as the admirer of Prithviraj, as shown in the trailer of the movie.

I’m perhaps salty about the trailer of the movie Prithviraj because the serial was a favourite in my childhood. The kids in our neighbourhood would finish their homework on time and at lightning speed just to be able to watch this show. Sometimes, it was a watching party. And of course, the serial had the proud approval of the parents, unlike the cartoons.

So, we compiled a list of 9 best Indian historical and epic serials that did a fine job on the silver screen: 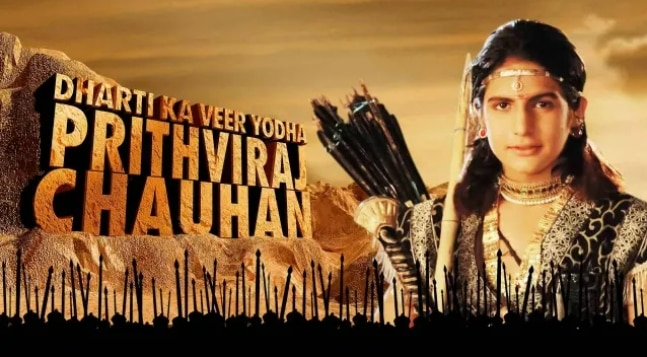 This is on top of our list for obvious reasons. The 382-episode epic serial on the life of a Rajput warrior king Prithviraj Chauhan aired on Star Plus from 2006-09. Rajat Tokas, who started his acting career with DD National’s Bongo serial for kids, rose to stardom after taking on the role of young Prithviraj Chauhan.

The best part of the serial is not when the story shifts to the grown-up Prithviraj, but that of the younger Prithviraj and his adventures.

You can still watch the series on Disney Plus Hotstar. You can watch the series on Sony LIV.

The 2008 movie Jodhaa Akbar starring Hrithik Roshan and Aishwarya Rai takes the trophy when it comes to portraying this epic romance. But the serial Jodha Akbar starring, the one and only, Rajat Tokas as Akbar and Paridhi Sharma as Jodha, also did a great job portraying the slow burn hate to love story.

It’s like the Indian version of Bridgerton Season 2 romance between Anthony and Kate Sharma, but of course with much more masala and the unmatched glitter of Indian royalty.

You can now watch the series on Zee5.

It’s rare for Indian TV to show a strong woman character. Though Indian TV is unable to give us strong fictional female characters, at least it gave us Jhansi Ki Rani from the history books. Jhansi Ki Rani starring Ulka Gupta as the young Manikarnika and Kratika Sengar as the older Manikarnika aired on Zee TV from 2009-11. It was also far better than Kangana Ranaut's Manikarnika.

For young girls and boys alike, Jhansi Ki Rani was a staple on TV in the evening.

You can also watch the serial on Zee5.

Razia Sultan had a very short run on &TV with just 170 episodes. But it was among the rare serials that showcased a strong female character in the lead and this time the story was set in India’s Mughal era. Pankhuri Awasthy Rode plays the titular role of Razia Sultan, a historical figure in 13th century India, who became the first woman ruler of Delhi Sultanate.

You can watch Razia Sultan on Zee5.

Chandragupta Maurya, a serial based on the Chanakya empire in India, also had a short run on Indian TV from 2018-19, with 208 episodes. Kartikey Malviya played the titular role of Chandragupta Maurya and Tarun Khanna played Chanakya. The series aired on Sony TV.

You can watch it on Disney Plus Hotstar.

Devon Ke Dev… Mahadev may not be a historical series, but it is an epic mythological series that also enjoyed epic popularity. Based on Hindu God Lord Shiva, the serial cemented Mohit Raina in the role of Shiva. The serial had 820 episodes that aired from 2011-14.

You can watch the series on Disney Plus Hotstar.

Serials on the mythological story of the Mahabharat have been made since TV came to India. But the ones that the younger generation today has grown up watching is the 2013 series Mahabharata on Star Plus, starring several popular Indian TV actors from Saurabh Raj to Shaheer Sheikh. The series originally aired from 2013-14.

You can watch the series again on Disney Plus Hotstar.

We are not talking about the latest rendition of the Ramayan story, but the older version of it. The 1987 hit Ramayana became the most-watched Hindi TV show when DD National decided to re-air it in 2020 when India went under the Covid-induced lockdown. DD Bharati later also re-aired an older version of Mahabharata, which soon became one of the most-watched shows on Indian TV.

AND AN HONOURARY MENTION: THE EMPIRE

So, this is an honourary mention on the list as the most recently baked epic historical Indian serial. The Empire Season 1 premiered in 2021 on Disney Plus Hotstar, a start of the new wave for the Indian series. The show starring Shabana Azmi, Kunal Kapoor, Dino Morea, Drashti Dhami, etc. tells the rise and fall of the Mughal empire in India.

While it doesn’t compare to Western epic shows, The Empire with its great costume, sets and drama is definitely a watch for the long run.