When Aamir Khan confessed he had secretly married his girlfriend

[Book extract] While shooting 'Qayamat Se Qayamat Tak', the actor was able to mirror Raj thanks to his own real-life situation.

Much of what was happening with the principal players in their real life also added to the look and feel of the film. Cinematographer [Kiran] Deohans mentions that at the time of making the film, he, Mansoor and Aamir were all either dating their future wives or were newly married. A lot of the situations in the film reflected what they were experiencing.

"It wasn't tough to fall in love with the way the story was written," muses Deohans, adding that he could sympathise with Raj. In fact, looking back, Deohans thinks of himself, a Hindu boy, dating a Parsi girl; of Mansoor with Tina, a Christian; and Aamir with Reena, a Hindu. All three of them could see themselves in Raj's position.

"I don't know how much it was for Mansoor or Aamir, but I was surely going through the same thing and there was also some angst in trying to balance career and personal life," says Deohans, who believes that what came on screen was truly from the heart.

Although Nasir sahab had worked out most of the premise as well as the characters in his first draft, it was Mansoor who interpreted the young lovers' mannerisms and helped define them. Most of the incidents surrounding Raj and Rashmi, and even the way the characters were interpreted, continue to look fresh even today as this was a departure from the usual manner in which protagonists were represented in Hindi cinema. On the sets of Qayamat Se Qayamat Tak.

Not having studied filmmaking in the traditional sense, Mansoor always relied on his ability to feel the motivation of his characters as a yardstick to gauge how good things were. "My filmmaking," says Mansoor, "doesn't have elaborate film language and I like to work on characters, retain their integrity and, if I can feel that, feel the story points, it's good enough."

Deohans recalls Mansoor saying, "Man, you institute guys," if he ever mentioned Akira Kurosawa or Federico Fellini during a shot, but still found him radical. "Mansoor is very modern in his outlook," insists Deohans and cites the disagreement between Mansoor and Nasir Husain over the sequence where Raj and Rashmi encounter Baba (Makarand Deshpande), as an example of Mansoor's attitude.

Originally, Mansoor had wanted Baba and his boys to walk away after bashing Raj, but Nasir sahab couldn't come around the "hero" being the way he was, although Mansoor's reasoning was based on the simple logic that if he were in Raj's place with his girlfriend in a similar situation, he would stay calm, as his taking on the opposition might worsen the situation. He had to give in to the framework of the mainstream romantic hero within which his "hero" had to exist. The scene was reshot.

However, in spite of the constraints of popular Hindi cinema, most things about Raj and Rashmi, and the core of the film, were credible. For their part, both Aamir and Juhi couldn't help but identify with their roles and even brought a bit of their own selves to the characters.

"Barring saying 'hum, hum', in my heart of hearts, I was a lot like Rashmi," says Chawla, who found Rashmi practically echoing her own conventional outlook. On the other hand, Aamir was able to mirror Raj thanks to his own real-life situation.

Unknown to anyone, Aamir had married his girlfriend, Reena Dutt, in April 1986, months before the film went on floor. Even during the initial portion of the shooting, no one knew he was already married.

Till he had left for the outdoor shoot, Aamir and Reena would spend the better part of the day together and, in the evenings, both would return to their respective parents' home. This arrangement would have continued a little longer had it not been for an incident that took place on the day the unit was to move to Bangalore for the Kolar Goldfields portion. 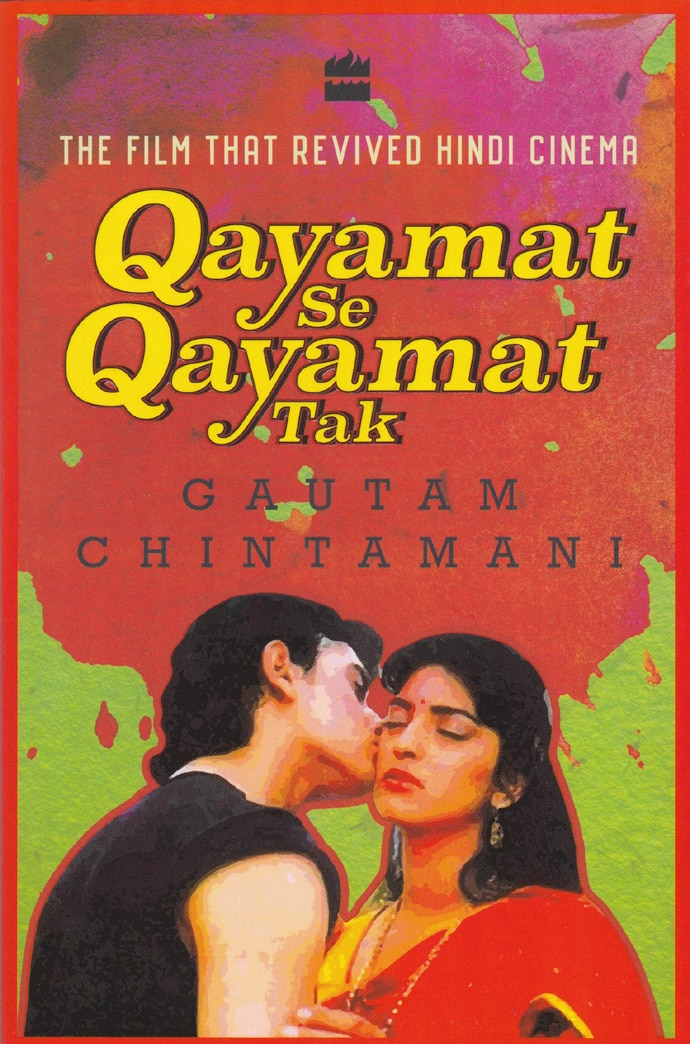 There were reports of some local disturbance on the Ooty-Bangalore highway and the production manager, Dharamveer Verma, insisted that the entire unit went together once they packed up for the day. Aamir refused to leave Ooty till he got a call from Bombay. Reena had gone for a college picnic and, as she would return late, Aamir had asked a common friend to escort her home from the bus stop, and to call him at his hotel after she reached home.

With everyone ready to move, Aamir insisted on waiting for a phone call but couldn't come up with a reason to justify its importance. With each passing moment, everyone was getting restless to leave but Aamir simply refused to budge.

After waiting for over two hours for the call, a worried Aamir finally confided in Nuzhat, who took charge and kept everyone calm. By the time Aamir's friend called to inform Aamir that Reena's bus had broken down but that she was safely back home it was nine in the evening.

It was only then that a relieved unit and a finally smiling Aamir left Ooty. Till he confessed about Reena to Nuzhat, Aamir was almost living an aspect of Raj's life and was, therefore, able to essay the role with conviction.

(Printed with the publisher's permission.)

Post your comment
#Book Extract, #Juhi Chawla, #Aamir Khan, #Qayamat Se Qayamat Tak
The views and opinions expressed in this article are those of the authors and do not necessarily reflect the official policy or position of DailyO.in or the India Today Group. The writers are solely responsible for any claims arising out of the contents of this article.