No, 'Raazi', 'October', 'Andhadhun' were not ‘great cinema’: How 2018 proved we need better film journalism before better films

If we want good cinema, its watchdogs must fearlessly call out shoddy scripts and bad acting. However, if they're chasing stars for interviews, film critics will be the first to praise their mediocrity.

A constant at the end of every year is film journalists and cinema buffs talking about how good the year was for cinema, and how Bollywood is making progress. Every year, film critics talk about how audiences have grown ‘more mature’ and now ‘appreciate good cinema’ over star-driven masala.

One would think that so many years of growth would have led to a cinema-literate audience with great taste, but this is still a distant dream — primarily because even the country’s most renowned film critics set the bar for cinema so low that it’s hard to expect more from audiences or filmmakers. Some truly bad films made it to all the 'best films' lists — and that's not a coincidence. (Photo: YouTube/screenshots)

Nothing sums this up more than year-end lists of ‘the year’s best films’ from various established film critics.

While these lists often contain some good films, many popular movies that are either mediocre, or downright poor, also end up featuring on such lists. This could either be attributed to the simple fact that the people we know to be 'film critics' haven’t really studied cinema deeply enough to understand truly good craft — or that they feel the need to include popular films in their lists simply to reach a wider reader base.

Either way, this approach to film journalism is seriously hampering the growth of cinema as the low bar ensures that filmmakers never need to really challenge themselves.

The most glaring examples of this low bar in 2018 are films like Raazi, October and Andhadhun, which have received acclaim and are repeatedly being called three of the best films of the year.

October saw director Shoojit Sircar teaming up with writer Juhi Chaturvedi, a combination that has been very successful in the past. The film promised Varun Dhawan in a radically new, subtle and nuanced avatar, on which it delivered. But that was the extent of it. October’s entire USP was that it was an unconventional story with Dhawan playing something other than his new-age Govinda self. Almost as if they were out grocery shopping, the film’s makers ticked off the “subtlety,” “nuance,” and “unconventional story” boxes — and voila, a flood of critical acclaim was generated! 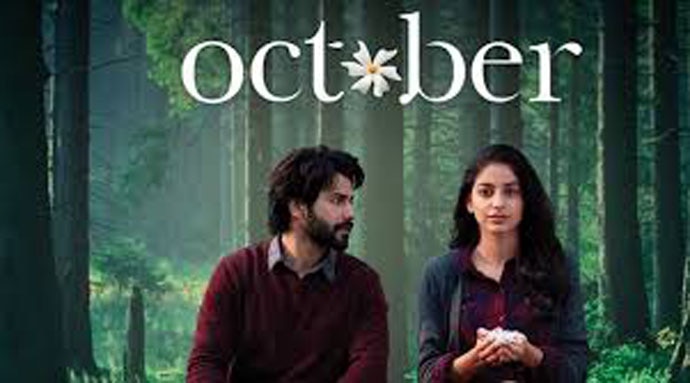 October delivered on only one of its promises — Varun Dhawan not playing a new-age Govinda yet again. (Photo: YouTube/screenshot)

Seen through the lens of craft analysis, October is a meandering, pointless screenplay which doesn’t offer any insight into the minds of its characters — bizarre given that it is a character-driven story, not a plot-driven one.

The film’s protagonist, Dan, lacks any real depth and there is virtually nothing we know about him at the end of the film that we didn't after the first few scenes. To some extent, this could have been attributed to Dhawan’s lack of talent (the monotonous performance also received acclaim), but the writing and direction still cannot escape criticism.

Meghna Gulzar’s Raazi has been labelled the best film of the year by many — its only achievement is that it’s a star vehicle disguised as a serious film.

Bollywood offers plenty of opportunities to its own to prove their “talent”, which is done simply by playing characters that offer room for acting in films that appear serious. Raazi was the industry’s gift to Alia Bhatt. It checked off some important boxes as well, such as not being helmed by a male star or director.

Moreover, it sold the non-jingoistic, non-binary brand of patriotism that liberal critics lap up so easily.

In reality, Raazi just didn’t have enough material to be a feature-length film, let alone an engrossing spy thriller. It was an amateurish and uninteresting screenplay, clearly written by people with very little idea of the world they were writing about and the people who inhabit it.

Characters of all classes living in the heart of Pakistan’s Punjab, speaking in chaste Urdu without a trace of Punjabi, would make any discerning viewer wonder whether the film was set in Rawalpindi or Lucknow. But critics lapping it up without a thought to authenticity proved once again how low they set the bar. 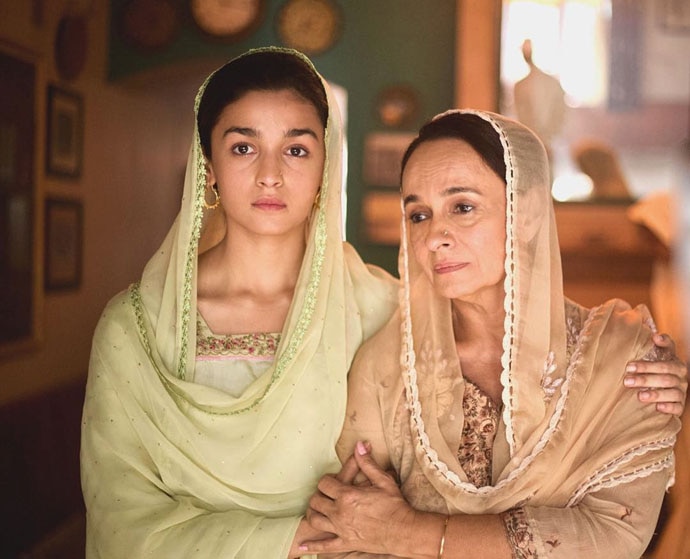 Raazi was a glitzy star vehicle for another star kid, disguised as a 'serious' film. (Photo: YouTube/screenshot)

The poor screenplay even pipped Alia Bhatt’s shoddy performance, which basically involved channelling a range of complex emotions into bawling loudly and struggling with the dialogue.

But regardless of how bad film scripts are in Bollywood, career graphs of star kids are scripted very well, and Alia Bhatt got widespread critical acclaim on cue. The narrative of her career had set up the idea that she was a “once-in-a-generation actress” and predictably, Raazi was the film where this was made to pay off.

In reality, Raazi proved two things — one, that cinematic talent is certainly not hereditary. Two, it is laughably easy to fool the audience if you deprive them of good acting and writing for long enough.

The third-most overrated film of the year was Sriram Raghavan’s Andhadhun. While nowhere as grating as Raazi or as bland as October, the film exposed the extremely superficial lens Indian film critics view cinema through.

Andhadhun also proved that film journalism in India is a field dominated by journalists who just happen to enjoy watching movies, rather than those who have studied film or are interested in analysing the craft.

Andhadhun was a gallery-pleasing film and definitely represented an upward curve in Raghavan’s career graph, after headache generators like Agent Vinod and Badlapur. It was very obvious that the writers did not have enough material to craft a taut thriller. And so, they used a cheat code that is a sureshot success with Indian audiences — comedy.

By turning it into a comic thriller with outrageous scenes that elicited laughs, Raghavan ensured that it was perceived as a “fun entertainer”, rather than a senseless film with a heavily contrived and incoherent plot. 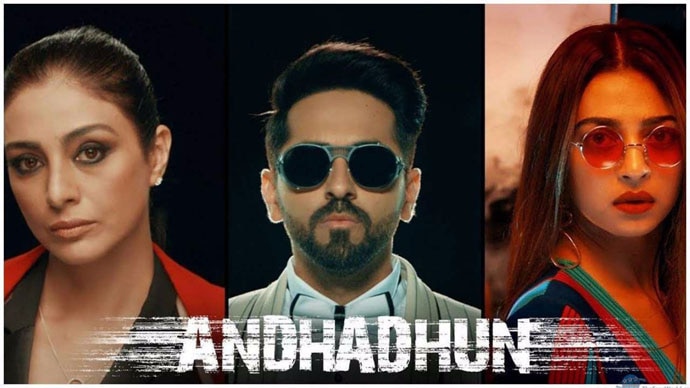 Andhadhun was highly contrived — there was neither coherence, nor logic in anything its characters did. (Photo: YouTube/screenshot)

The film’s very premise (a man pretending to be blind) lacked logic, but the actions of its characters became less and less logical as the film went on. The very clearly contrived actions led to an ending that may have made sense, had the concept of an unreliable narrator been woven into the script, but ended up being a cheap ploy out of nowhere. The film’s dialogue too sounded rather inauthentic, perhaps since it wasn’t written by native Hindi speakers.

Of course, critics didn’t set the low bar only for films.

One of the country’s most renowned critics chose to invite the “best” actors and actresses of the year for a chat — this included Ranveer Singh and Deepika Padukone for playing unidimensional, cardboard cut-out characters in the insufferable Padmaavat, Alia Bhatt for Raazi and Anushka Sharma for Pari. For examples of 'good acting', we had Ranveer Singh and Deepika Padukone's cardboard cut-out performances in Padmaavat. (Photo: YouTube/screenshot)

Year in and year out, it is quite clear that film journalists in India don’t really get cinema — and are also uninterested in serving as the fourth estate to the film industry by asking tough questions.

Pandering to an industry dominated by stars is a natural consequence of this, but it also means that the ability to get an interview with a star is valued more than the ability to analyse the craft.

But film journalists also have to realise that they’re a close-knit community. They can collectively decide not to pander to Bollywood — and raise the bar.

If we want good cinema, its watchdogs have to be the first to take action.

#October, #Raazi, #Bollywood, #Film journalism
The views and opinions expressed in this article are those of the authors and do not necessarily reflect the official policy or position of DailyO.in or the India Today Group. The writers are solely responsible for any claims arising out of the contents of this article.