[Book extract] The truth that lies beneath the public face is what makes a person interesting to me, and consequently makes for a compelling portrait.

People is a book of my favourite portraits but until I began selecting photos for this book I hadn’t realized how many of my good works are actually portraits. The reason I say this is because I don’t really think I have placed any great emphasis on taking portraits throughout my career. I enjoy taking quick, candid pictures, not staged ones. The kinds of photography I am most comfortable with are photojournalism, street photography, documentary photography and so on, all of which require me to take spur of the moment images. I get uncomfortable when I have to take posed pictures, which is usually the case when one is shooting portraits, especially those of famous people.

Many of the photos of celebrities which appear in this volume were taken during specific magazine or newspaper assignments and I am glad they came out well, but even here, as I shall explain a little later on, the best pictures happened as a result of a moment of spontaneous magic. On balance, I much prefer to take candid pictures of ordinary people, not well-known ones.When I take a person’s portrait, I am trying to capture the aura of that person. I am trying to get the truth of that person to emerge in the photograph. This is also why it is difficult to capture that truth if the picture is staged; you need to catch the person off guard, in a moment when someone is not being self-conscious. The strong images in this book were taken when the subjects were not conscious of the camera. My portraits of the musicians in the book looked strong because they were all candid studies of them. MS Subbulakshmi’s portrait was taken when she was performing. Bismillah Khan’s portrait was taken when he was in jugalbandi with Vilayat Khan.

Or take the picture of Satyajit Ray which appears in the book. Ray was one of my favourite people to shoot. This picture was taken on the sets of Ghare Baire. He asked me, "What do you want me to do?" I did not know what to say. I took some pictures rather uncomfortably. I wasn’t enjoying it. After a few minutes, he said, "That’s enough!" and I said, "No, Manik da, that’s not enough!" When I protested, he smiled and I took some more pictures. After some time, there was a break between the scenes. He lay down on the same bed, smoking his pipe, on which his heroine was sitting and I took some pictures from the front. Then I moved towards the other side from where you could only see his back and I realized the lighting was very dramatic. You could see the adjoining room through the door and there were spectacular shadows falling on the wall. So I said, "Manik da, please look here!" He turned with an intense look and that was it.

As I have written at the outset, I have always preferred taking pictures of ordinary people but of the celebrities the ones I most enjoyed photographing were Ray, Mother Teresa, and even Indira Gandhi. I liked taking pictures of Indira Gandhi early on in her career; later, as a result of growing security concerns and changes in her own personality, she became a bit distant and photographing her wasn’t as much fun. I suppose my all-time favourite among the famous people I have shot is the Dalai Lama. I have been taking pictures of him for over forty years now. I have never met god but I have no hesitation in saying that Christ/Buddha/Guru Nanak must have been like Dalai Lama.

My precious photographs have always sought to capture the fleeting moment, and this is true of my portraits as well. My technique, therefore, is to keep taking pictures of the subject until he or she is unguarded in their relationship with the camera, even for a moment, and the picture is taken. I’ve talked about how the Ray photograph came about. Here’s another example: how I made Aparna Sen’s portrait. I kept feeling I was not getting the image I wanted. I kept clicking for quite some time and she kept posing patiently and then suddenly I gave up and said, "It’s not working out, Aparna!" She put her head on her hands on the table and laughed. I clicked in that instant. I felt I’d got the picture I was looking for. You know instinctively when the image has happened.

Even though most of these photographs were made in the age before digital photography (in which you have the opportunity to review a photo instantly and decide whether it is good or bad), somehow I would always figure out whether I’d been able to get the moment I wanted. I suppose it was a matter of instinct and experience. This was why I never made contact sheets before printing my pictures; I would simply work from the negatives. I remember once Magnum was doing a book for their Contact Sheets series and when they asked me for my contacts, they were surprised to know that I had none. I eventually made one for them from a strip of negatives.

I prefer to take portraits in black and white. Colour makes for very average portraits. In black and white, the grey tones, highlights and contrasts that you are able to create enable you to bring out the strength of the expression in a person’s eyes or face.Today, unfortunately, the age of the selfie has destroyed the art of portrait photography. These cell phones have wide angle lens which distort perspective. In order to take a good portrait you have to use a lens that does not distort perspective. Selfies are fun, but as portraits they are just silly.

There are some photographers whose portrait photography I have admired. Richard Avedon’s portraits, especially of his father, and Arnold Newman did some strong and stylized portraits that I admire. Henri Cartier-Bresson took some good portraits, although I suppose they were more studies from daily life rather than actual portraiture. Dayanita Singh does good portraits too.

To end, I’d just like to say that I hope you’re able to see the essence of whichever person has been photographed in these pictures, rich or poor, famous or anonymous. The truth that lies beneath the public face is what makes a person interesting to me, and consequently makes for a compelling portrait. 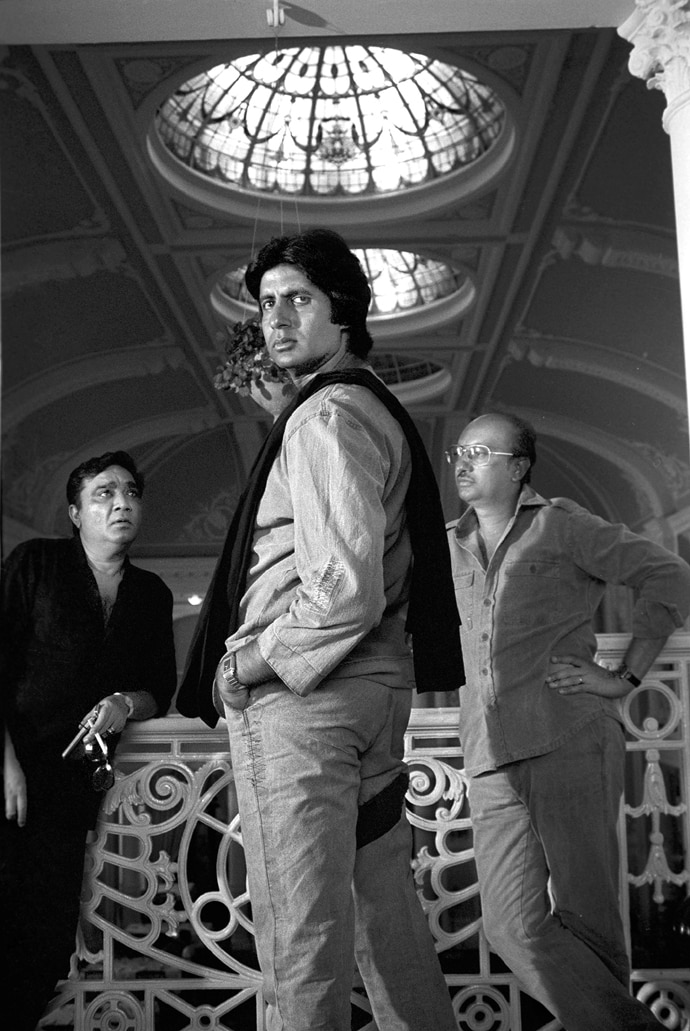 In 1970, I met Mother Teresa for the first time, the beginning of a lifelong association that would have a profound influence on me as a human being, as well as a photographer. Sunderlal Bahuguna, Garhwali environmentalist and pioneer of the Chipko Movement. 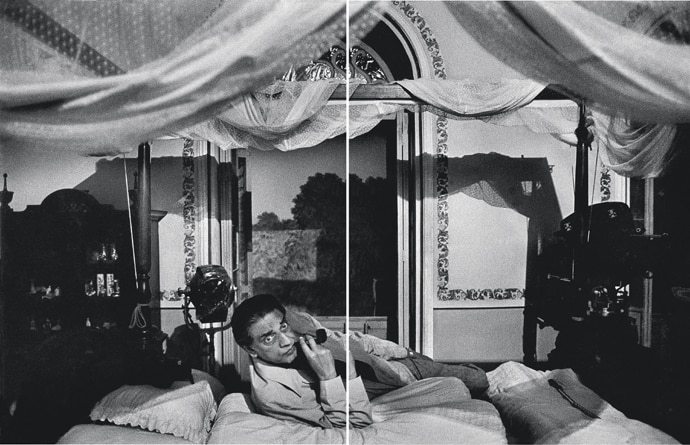 Satyajit Ray on the sets of his film Ghare Baire. 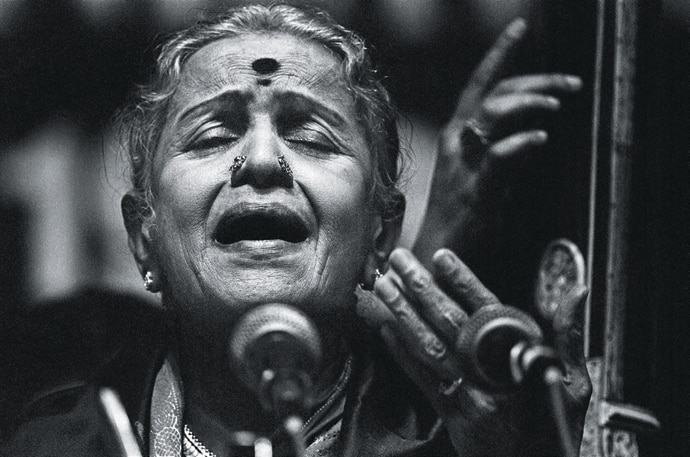 Jayaprakash Narayan or ‘JP’, as he was fondly known. 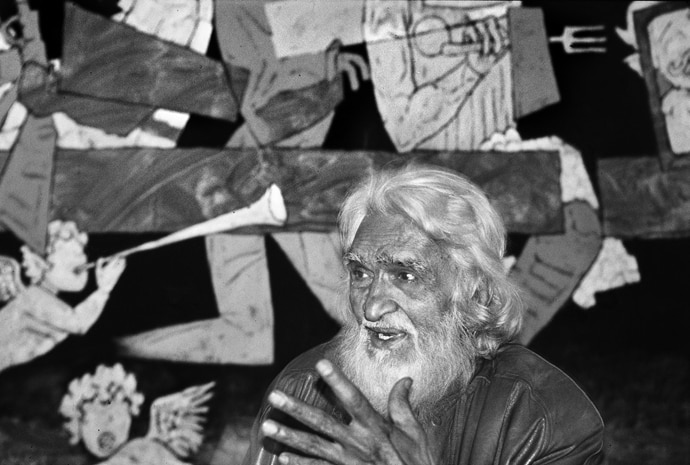 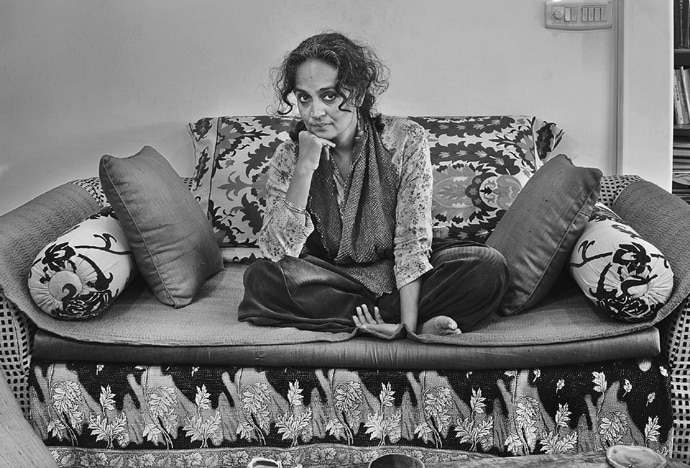 Post your comment
#Photography, #Raghu Rai
The views and opinions expressed in this article are those of the authors and do not necessarily reflect the official policy or position of DailyO.in or the India Today Group. The writers are solely responsible for any claims arising out of the contents of this article.

'A photograph has picked up a fact of life, and that fact will live forever.' Raghu Rai joined Magnum Photos in 1977 as a Correspondent.