[Book extract] Even the writer duo Salim-Javed had sworn off working with the actor.

Till Zanjeer (1973), Anand was Amitabh Bachchan's biggest achievement; and he wouldn't have got the film had it not been for fate. A name associated with flops, Bachchan wasn't even on the radar of Prakash Mehra or Salim-Javed. Had it not been for the horde of names that refused Zanjeer, they wouldn't have noticed him. Raaj Kumar, Dev Anand and perhaps even Dharmendra had refused the script that would eventually give Hindi cinema one of its most loved characters. Salim-Javed had followed up on the promise shown in Haathi Mere Saathi with Seeta Aur Geeta (1972) and Yaadon Ki Baraat, but were finding it difficult to get an established star for Zanjeer. It was Pran and Om Prakash - both of whom incidentally played important roles in Zanjeer - who pitched Amitabh Bachchan to Prakash Mehra. Mehra wasn't too kicked and asked the writers to take a look at Bachchan in Bombay to Goa (1972) which was playing at the time. The climatic action sequence convinced Javed Akhtar that Bachchan could, in fact, make for a very good Vijay and, to quote a clichè, the rest was history.

Zanjeer was not the kind of story that one would associate with Khanna but, for the sake of argument, if Mehra could actually entertain the idea of Dev Anand being cast as Vijay, surely, the thought of Khanna as the lead isn't sacrilegious. But despite owing their break to the star, the writers never thought of Khanna for any film they wrote. According to Salim Khan, one of the reasons that Salim-Javed never professionally associated with the star after Haathi Mere Saathi was to do with Khanna's attitude. "He believed that he was the reason why his films did well and never really appreciated the people who worked with him." Constituting one half of the team that changed the way writers were perceived in Hindi cinema, Salim says that Khanna didn't maintain relationships that he ought to have taken care of and, in many ways, he isn't wrong. When Haathi Mere Saathi was being made, Salim-Javed were paid a mere ten thousand rupees which, though a giant leap from the monthly salary of Rs 750 that they were paid at Sippy Films, was still a pittance compared to Khanna's remuneration, which was around five lakh rupees. Salim believes that despite Khanna's legendary king-like demeanour, the star didn't show large-heartedness where it really mattered. "We didn't get the kind of support (from him), so we thought we'd support someone else," he says.

It's hard to imagine Khanna as the troubled inspector Vijay who ends up taking the law in his own hands, but Bachchan's casting proved to be a turning point in the actor's career for, by virtue of that, he became the embodiment of the angry young man character who would invariably end up being at the centre of almost all Salim-Javed scripts that followed Zanjeer.

You often meet your destiny on the road you take to avoid it. Many things had changed by the second time Khanna and Bachchan came together for a film. Although Khanna was still the bigger star by miles, in Namak Haraam, he wasn't as self-assured as he was while filming Anand. More than the change in Khanna's stature, it was the alteration in Bachchan's status that made all the difference. He was no longer the pariah that he used to be and was turning out to be quite a dark horse. Khanna had come to Namak Haraam as the most important entity in the film but by the time it was seen by the audience, he recognised the new direction the winds were blowing in. By now, Khanna's insecurity had started taking a toll on him. As a person who was, by nature, highly insecure and continually sought positive reinforcement from those around him, Khanna had surrounded himself with yes-men. Those who were with him during the making of Safar remember how difficult he made it for Feroz Khan and the director, convinced that the young actor was stealing the show from right under his nose. Salim Khan recalls an incident where an irate Khanna came to meet him, seeking clarification for an interview he had given to a film magazine. When asked about the current crop of actors, Khan had told the magazine that Sanjeev Kumar was one of the best ones around. This didn't go down too well with Khanna. Khan remembers Khanna coming over to Mehboob Studios and summoning the writer. "I went to meet him and saw him sitting on the bonnet of his car with the magazine in his hand," Khan vividly recalls the scene. Khanna enquired if he had actually hailed Sanjeev Kumar as one of the brightest actors around and was dumbfounded when the writer said he had. "Kaka was expecting me to say that the magazine had misquoted me or taken the whole thing out of context; but when I agreed, he went quiet." After a while, Khanna asked him if Kumar was better than him. Khan replied that the answer depended on the role; but Khanna insisted on knowing who amongst the two was better. Khan refused to budge and ultimately Khanna just nodded silently before taking off. Salim Khan hasn't been able to forget the entire episode to this day and says, "Kaka was extremely insecure and highly possessive. He took our decision to work with others as a betrayal of sorts."

No one ever knew how Khanna would react to a situation and, as long as everything was going fine for him, he never considered the emotions of others; but now that things were changing, he tried to make amends. Neither Salim nor Javed has ever disclosed what went wrong between them and the superstar, although in the course of an interview for this book, Khan suggested economics and clash of interests as the culprits. He hints that Khanna might have had some differences with his partner (Javed Akhtar) and perhaps the lack of respect, along with differing views on "reasonable remuneration", led to the souring of relationships between the two parties. But the fact that Khanna was simply too difficult to work with made it all the more tough. 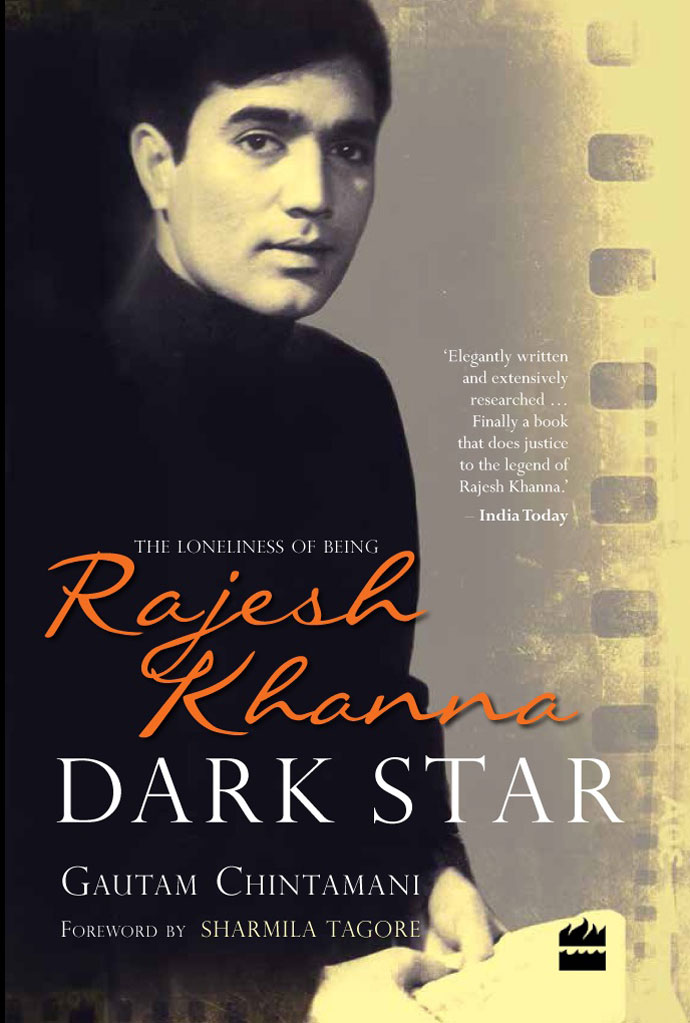 #Book Extract, #Salim-Javed, #Amitabh Bachchan, #Rajesh Khanna
The views and opinions expressed in this article are those of the authors and do not necessarily reflect the official policy or position of DailyO.in or the India Today Group. The writers are solely responsible for any claims arising out of the contents of this article.