Who are 96 Kuli Maratha Kshatriyas, also called Maratha Rajputs by some?

About the Maratha of the Deccan, the famous historian Sir Jadunath Sarkar wrote, "In India few can be more proud of their legacy as the Marathas as their forefathers measured swords on equal terms with the strongest and beat back the tide of Muslim conquest and defended the independence of their country against all resources of the mighty Emperor Aurangzeb. Their ancestors played a key role in shaping Indian history in its immediate past and that memory is a priceless asset to the Maratha race."

After defeating the Marathas in the 1761 Third Battle of Panipat, the Afghan invader, Ahmedshah Abdali, wrote a letter to the then-Jaipur ruler, Madhav Singh. He said, "These dauntless blood-shedders didn't fall short of doing great deeds on the battlefield. It was beyond the capacity of other races to fight like them."

It was among the richest tributes to the race.

The Maratha Kshatriya caste — which is spread over 96 clans in the Deccan and played a key role in bringing an end to Mughal rule in India — is born out of the union of the Kshatriya clans of the Deccan and some Kshatriya/Rajput clans from the north. Scions of Rajput clans like Parmar, Solanki, Chauhan, Yadava,  Sisodiya, Gaur, Jadon-Bhatti or Yadavs and Maurya left North India after the Muslim invasions and settled in Maharashtra, before entering matrimonial alliances with the local Kshatriyas. The caste born of this union came to be known as Maratha Kshatriyas or Maratha Rajputs.

However, many Solanki families who originated from the Chalukyas of South India were already in Maharashtra before the Muslim invasion. So were the Jadhavs or Jadhavrao known as Jadon-Bhatti in the north — also known as Jadeja in Kathiawad/Saurashtra and just Bhati in Rajasthan desert.

How Rajputs clans got incorporated in Maratha Kshatriyas

Many of these North Indian clans took new surnames after migrating to Maharashtra, based on location and other factors. So, Nimbalkars and Pawars of Maharashtra are Parmars. Chattrapati Shivaji’s surname, which was originally Sisodia, got changed to Bhonsle. The Ghorpades are also Sisodias. The Mauryas became More and the Maratha surname Bhoite is also believed to be descended from Bhati. Chauhan is pronounced as Chavan in Maharashtra which makes obvious the Rajput origin of the Chavans of Maharashtra, while the Phalkes are originally Tanwars and the Manes are Gaurs.

The Rathores came to rule over Baglan area of Maharashtra bordering Gujarat till the 16th century and came to be surnamed Bagul or Bagal — a very respectable clan but sparse in number. There is one Bagul Jagirdari under Kolhapur State.

The Patankars, Mahurkars and Kathikar Deshmukhs are Solankis but their surname is pronounced as Salunke. The Shinde or Scindia clan, of which the Gwalior royal family is the most prominent house, is descended from the Trilokchandi Bais clan of the Ganga-Jumna Doab, where many prominent Taluqdari families of this clan, bearing titles like Rana and Raja, can be found even today, and a large area called Baiswara is named after the clan.

The well-known Gwalior historian Sardar Anandrao Bhausaheb Phalke has marshalled strong historical evidence to prove that Trilokchandi Bais and Shinde are the same clan. The most prominent amongst the Trilokchandi Bais are Rana of Khajurgaon, Raja of Muranmau and Raja of Kusmanda in Awadh area of UP.

Raja Trilokchand of Baiswada was one of the first to raise a banner of revolt against religious persecution by Delhi Sultans in the 13th century in the Gangetic-Jamuna region. But he never got the historical recognition due to him. In fact, there is a dearth of sufficient research material on the Raja.

The most prominent commander of the Shinde dynasty was Mahadji Shinde, who won many battles for the Maratha empire in north India between 1770 and 1794. He is also famed to have kept the British at bay from establishing complete control over India — at least two decades before they actually did. Mahadji Shinde: The man who kept the British at bay for 20 years with his military skill and diplomacy. Shindes are said to have descended from Bais Rajputs of Uttar Pradesh. (Credit: Steel engraving by WD Taylor (1794 – 1857), after drawing by William Daniell RA (1769 – 1837); later hand coloured; via author)

Significantly, the Gujar clan is the Rajput Badgjujar clan of North India, which is also called Sikarwar, Raghav and Raghuvanshi. The Badgujars held high positions in the Mughal Sultanate. The Raja Sahab of Pahadgadh near Gwalior — a great Shikari during the pre-independence era — was a Sikarwar (Badgujar). Anoop Singh, who founded the city of Anoopshahar in Uttar Pradesh, was  Badgujar. Even Jaipur (or Amer) was ruled by Badguars before it was conquered by the Kushwahas. A prominent Badgujar was Prataprao Gujar — the famous commander of Shivaji, who laid down his life for the Maratha ruler in the 1674 battle of Nesri near Kolhapur. As a mark of recognition of Prataprao ’s sacrifice, Shivaji got his second son, Raja Ram, married to the deceased commander’s daughter Jankibai.

There is an interesting anecdote mentioned about the Phalke clan in Annals and Antiquities of Rajasthan — the famous work of British historian Col. James Tod. In a footnote in the book, Tod says that he was on friendly terms "with Ramrao Phalke, a gallant commander of Maharaja Daulatrao Scindia of Gwalior." According to Tod, the Phalke clan of Marathas was descended from Tanwar Rajputs — as conveyed to him by Ramrao. 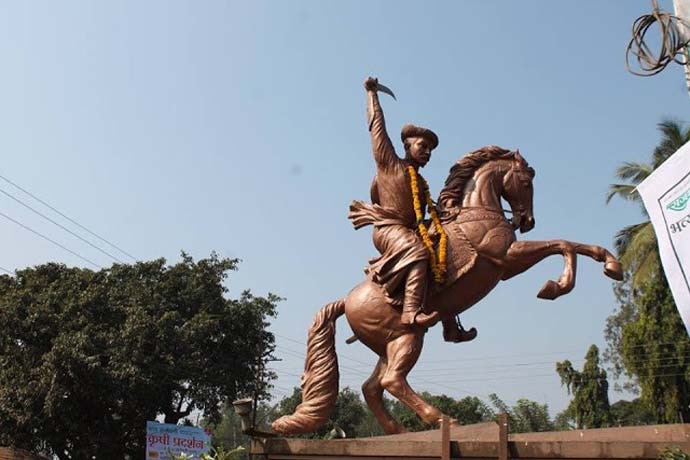 Interestingly, the Rajput connection of some of these clans can be derived from their Gotras. The Rajput Parmars of the North have the same Gotra — Vashishtha — as the Nimbalkars/Pawas of Maharashtra. The Solankis or Baghels of the north share their Bharadwaj gotra with the Salunkes of Maharashtra like Patankar, Mahurkar and Kathikar.

Interestingly, there is still some confusion about some Maratha clans like Rane — though they are undeniably of Rajput origin.

Ranes are found in Konkan and Goa and they had one big Jagirdari in Goa called Sankhli, from which family the former Chief Minister of Goa Pratap Singh Rane comes. In the north, "Rane" is a prefix written by Sisodias and also other Rajput clans. In Nepal, for example, Ranas claim to be Sisodias, but none of them put "Sisodia" or "Ranawat" (a branch of the Sisodias) as their clan name. In western UP, many Sisodias mention only "Rana" as their family name. In Kathiawar or Saurashtra also, many Jhala Rajputs write only "Rana" as their family name. There are Rajput clans in Himachal Pradesh and Punjab as well who also mention only "Rana". So it’s confusing but as the Maratha surname, Rane suggests it has decidedly a Rajput origin.

This confusion is like the one about the Maratha surname "Sawant" which is actually a title — Sawants of Ratnagiri in Konkan are actually Salunke/Solankis, and the Sawants of Sawantwadi are actually Bhonsales. Bhonsale is the same clan as Chattrapati Shivaji which has its origin in the Sisodias.

Significantly, the notion — that those Maratha Kshatriya surnames which don’t descend from northern Rajput clans are inferior in some way — is totally wrong. This is because in Shivaji’s fight for Swarajya (freedom) from the Mughal rule, many Maratha Kshatriya clans, who had no direct Rajput origin, played an important part, displaying great bravery and commitment to nationalist ideals. Amongst these, the Shirke clan — also called Rajeshirke — is one of the most ancient in Maharashtra. It is much respected, though it has no direct Rajput origin. Chattrapati Shivaji, his son Chattrapati Sambhaji and grandson Chattrapati Shahu had many matrimonial alliances with the Shirkes.

The British historian Grant Duff in his famous work — History of Marathas, written in 1826 — says, "Shirke clan ranks amongst the highest of Maratha nobility."

Members of all these Maratha clans were big and small Watandars (landholders, Inamdars and Sardars) when Shivaji rose. But they were serving Muslim Sultans of Deccan and the Mughals — it was Shivaji who showed them the path to freedom, and eventually, when the Maratha empire was founded, the leaders of some of these clans formed kingdoms in Central India.

Shivaji was the greatest warrior and administrator that the clan produced. But there are many lesser-known Maratha commanders whose exploits can inspire the entire Indian nation even today. For example, Santaji Ghorpade and Dhanaji Jadhav kept the Maratha flag flying in the South after the inhuman death that Shivaji’s son Sambhaji bravely met at the hands of Aurangzeb in 1689. Sambhaji was tortured and executed on Aurangzeb's orders after the former refused to convert to Islam. The lives and times of such commanders should be added to history textbooks in schools. 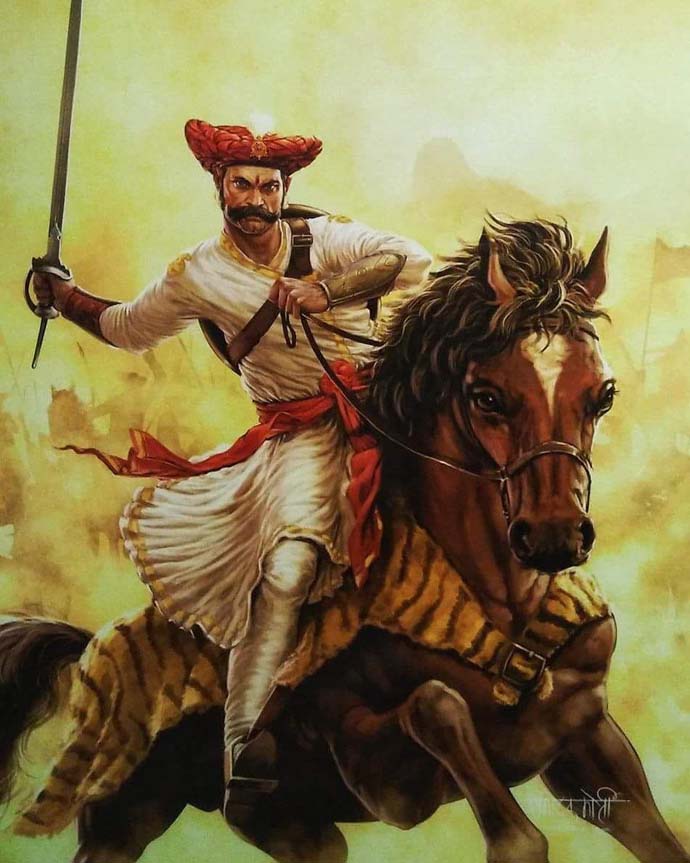 The two commanders — Santaji Ghorpade and Dhanaji Jadhav — defeated the Mughals in so many battles in the Deccan that their mere name struck terror in the hearts of the Mughal commanders. There was a time when Aurangzeb himself was terrorised by their relentless attacks. Ghorpade, along with another young Maratha commander, Vithoji Chavan Himmat Bahadur, once almost succeeded in capturing Aurangzeb alive, which is unknown to the present generation today. There are many such great episodes in Maratha history.

The best works on Maratha genealogy — a very difficult subject to comprehend — in English are New history of the Marathas by famed historian GS Sardesai and History of Marathas by the British historian Grant Duff.

I have tried to take the subject ahead on the basis of my ground research. In that sense, lovers of this subject should find it enlightening.