Because Rakhi is not regressive! An open letter to those who think Raksha Bandhan is patriarchal and sexist!

Dear Liberals, this Raksha Bandhan, please spare us the horror of why you think the festival is regressive. It's not. It's only about caring and love.

It’s that time of year again when harmless colourful pieces of thread are going to become the symbols of the systematic oppression of women — or, as some liberals might say, the very epitome of all-things-patriarchal.

What is it about Raksha Bandhan that infuriates our liberals? A popular narrative in the West, often used to describe liberals, is that liberals in general are people who are deprived of love. They were perhaps ignored as children, or their mom couldn’t take them all the time to their favourite restaurant — which gave them deep anger issues.

Now that these liberals have grown up to become adult babies, they are probably still offended and they take it out on others by being, as I see it, totally oversensitive snowflakes who get offended at just about anything!

This probably explains why they are so upset over perfectly innocent festivals like Raksha Bandhan.

Help is at hand though. I’ll debunk every myth that exists around Raksha Bandhan, so no liberal cries foul anymore. It's beautiful: Not toxic or sexist or misogynistic! (Photo: India Today)

First and foremost, it is argued that Raksha Bandhan is 'sexist' because it gives brothers the right to protect sisters — and not the other way round.

To such critics, I ask — why do you associate ‘protection’ with ‘machismo’? Just for your information, people like to protect their loved ones not because they ‘need’ protection. They do it, or even offer or want to, out of love. So, the argument that Raksha Bandhan is based on an assumption that sisters are ‘weak’ and ‘need protection’ from 'strong' brothers is flawed.

I, for one, was often bullied in high school.

Each time bullies would approach me, my sister would stand like a wall between me and them, not letting any of them near me. I remember how I would tie a Rakhi on her wrist quite often, to celebrate the fact that it was she who would protect me from the world.

More than protection, the sacred thread of Rakhi is meant to signify the bond between a brother and sister, which is probably why millennials too have taken Raksha Bandhan and given the festival a fresh spin. We often see brothers tying Rakhi on their sister’s wrists and sisters tying Rakhi on each other.

Come on! It’s high time we normalised men being protective of the women they love. It is not — repeat after me, not — that those women are not strong enough to protect themselves, or that they ‘need’ protection. Men protect loved women in their lives because they are dear to them. Why is this seen with such scorn? 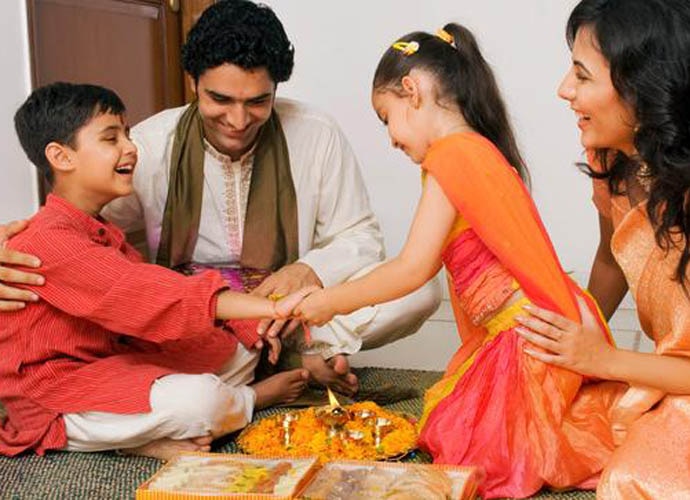 It's lovely to have siblings! Don't mock it. (Photo: India Today)

Besides, these liberals, being all snide about this beautiful festival, would never understand the pain of people who don’t have siblings.

They just love each other. It's as simple as that.

Dear liberals, you are fond of overanalysing things, often finding sexism and misogyny where there is none, and gaining brownie points through victimisation — including of the self.

But this Raksha Bandhan, please spare us the horror and don’t write long-winded views on why you think this festival is oppressive, regressive and patriarchal.

Life has better things to offer.

Also Read: Maneka Gandhi on why Raksha Bandhan is a symbol of care and protection