Would 'Rang De Basanti' be allowed to release today?

When it released 12 years ago, the radical 'RBD' changed how India saw its youth, and vice-versa. Today, it's hard to image such a film would be allowed to release.

Twelve years ago, a film changed the way this country perceived its youth.

It also told the youth about the immense power it held in a country where it constituted around half the population.

It showed that the youth of the nation can be galvanised to be more politically conscious with the right push.

The film combined the coming-of-age genre with a healthy dose of patriotism and saw widespread critical acclaim and commercial success. It has been credited with having a major impact on Indian society by making people take government corruption more seriously and introducing the idea of large-scale peaceful protests in the form of candle-lit marches. Before its release, Rang de Basanti was shown to the Ministry of Defence and the Indian Air Force by the CBFC, presumably to get clearance for it. Neither body had any issues with the hard-hitting film — the only cut demanded was by the Animal Welfare Board for a scene that showed Aamir Khan riding a horse.

To put this in context, consider what this film’s story is.

A group of college students realise that their friend, an Air Force pilot, died because his plane was made of cheap parts due to a corruption scandal involving a defence minister and a leading industrialist. 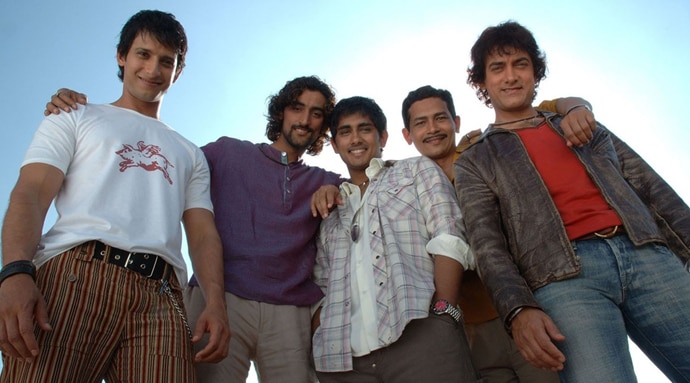 RDB — That was then: Indian youth today has become pro-establishment and won't look authority in the eye. (Photo: Rang De Basanti)

The defence minister belongs to a party with an anti-West, anti-Muslim ideology whose representatives wear saffron stoles and harass young men and women who get together and dance to music in a public space. The party representatives also come close to publicly lynching one of their own after he calls out a senior member for being involved in corruption.

With no fairness for their friend on the horizon, who is in fact blamed for the plane crash, the students decide to take justice into their own hands and assassinate the defence minister — to bring details of this out in the open, they publicly claim responsibility for the assassination and agree to turn themselves in.

But instead of arresting them, the government sends commandos to kill them, which leads to widespread public outrage in favour of the students, who are hailed as heroes who stood up against a corrupt system.

Cut to today, when we should, logically, be a more progressive society but instead see unprecedented sycophancy in the film industry, with major filmmakers and stars clicking selfies with the Prime Minister at a hitherto unseen frequency.

For no logical reason, and despite having no relevance to the plot, films often insert completely unnecessary praise for the government’s schemes in their story lines. In fact, films are being made specifically to praise certain government schemes. Film stars affiliate themselves with diverse wings of the ruling party for no ostensible reason. More than this, a filmmaker from the industry has become one of the staunchest supporters of the government and has written a book called Urban Naxals — effectively a label to describe anyone who so much as criticises the current government.

There are other renowned film personalities who now say that a person who criticises the act of an army officer using a civilian as a human shield should be tied to an army jeep herself. 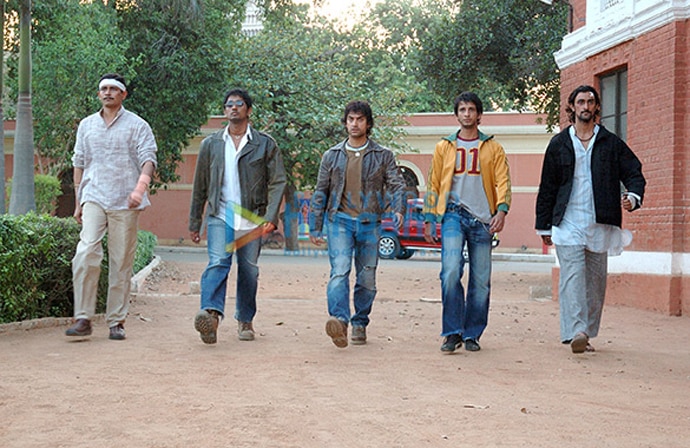 The march to patriotism? Or sedition? (Photo: Rang De Basanti)

(There is also the strange fact that the corruption scandal in Rang de Basanti involved fighter jets).

The essence of Rang de Basanti was that India’s youth, despite being such a powerful demographic, has stopped caring about the country at all because of corruption and inefficiency in the government — but it can be pushed to exercise its considerable power if it realises that change has to start somewhere. The film’s message is that government and country are not the same, and commitment to the country’s betterment might sometimes mean going against the government.

Diametrically opposed to this is today’s situation, where the youth has become pro-establishment and has bought into this right-wing ideology that expressing disagreement with the government is anti-national.

Questioning the government is no longer patriotic, but seditious.

It’s hard to guess exactly what the youth of today would feel if they watch Rang de Basanti for the first time now. It could be that they’ve been brainwashed to the extent that they view the film’s protagonists as 'traitors', not revolutionaries. But if they still have youth’s empathy and sympathy, then there’s some hope that the current political environment is only because of a passing storm — and not an irrevocable decay of the public’s conscience.

#Nationalism, #Air Force, #CBFC, #Indian Air Force
The views and opinions expressed in this article are those of the authors and do not necessarily reflect the official policy or position of DailyO.in or the India Today Group. The writers are solely responsible for any claims arising out of the contents of this article.