What the reviews of Arundhati Roy's new book say about reviewers

Most reviews of Arundhati Roy's The Ministry of Utmost Happiness are pretentious and self-involved think pieces. The reviews try to be too clever, or too circumspect. They are an exercise in self-indulgence. The 20-year wait, and her refusal to be a book-making machine seem to weigh like albatross handcuffed to their pen.

Twenty years is a long time to fade away. But Roy continues to shine, even burn. In some reviews, one can detect a silent anger, contempt and even resentment. A piece in BBC states: “Last year, the writer who has said she doesn't care for fame, posed on the cover of Elle magazine, because she liked the 'dark-skinned women' that the magazine featured prominently on its pages.”

The reviews and profiles that chronicle Roy’s return to fiction follow a set template. They start with The God of Small Things, recite the usual biographical facts, her life is often portrayed as a series of strange proclivities and finish with her immense publishing success. Again from the BBC. 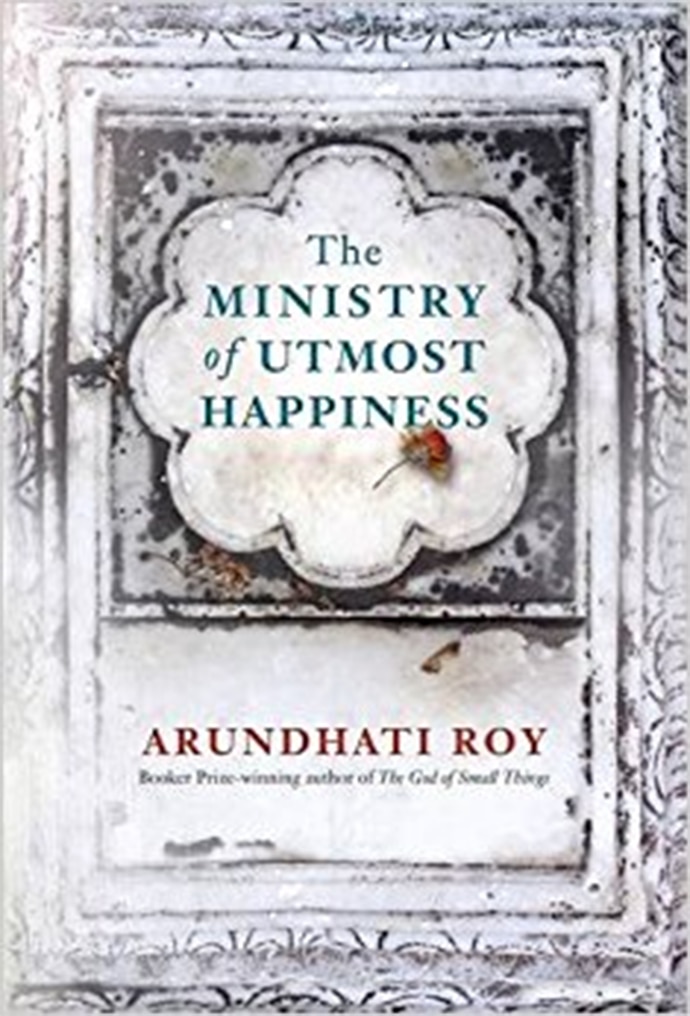 The attention that The Ministry of Utmost Happiness has received is unthinkable even for most established writers.

“Roy has always led an unconventional life. She left home at 16, went to an architecture school in Delhi, sold cakes on the beaches of Goa, taught aerobics, acted in an indie film, and wrote screenplays before she penned her first novel over five years. The God of Small Things, a riveting family saga inspired by her family childhood, picked up the Man Booker Prize - a "Tiger Woodesian debut" gushed John Updike - and made Roy a celebrity writer at 35. 'I was the first aerobics instructor to have won the Booker Prize,' she once wryly remarked. Since then the book has sold more than eight million copies in more than 40 languages, allowing her to live off its royalties in a quiet, upscale south Delhi neighbourhood.”

India Today asked, “What makes Arundhati Roy India's most famous 'anti-national' writer?” and placed a over saturated black and white photograph of Roy in profile. The piece also sent me looking for the meaning for the word  “coruscating” and wondering what this question really meant?

There is the usual and misappropriated reference to the phrase personal is political. Time magazine wrote, “Like its predecessor, The Ministry of Utmost Happiness is a complex, nonlinear narrative that blends the personal and political.” The Economic Times amongst others made a similar assessment. Even the garbage-spewing Chetan Bhagat writes his politics into the personal.

In his case, it is the misogynistic patriarchy in service of greed and self-advancement. Here the phrase is used as a lazy, segue way to describe Roy canon of political essays, and its relationship to her fiction, without ever actually teasing out that connection. A review, most reviewers have forgotten, is more than an annotation.

The real protagonist of these pieces is Roy and her celebrity. Not her prose, its form or the Indian Republic and its descent into authoritarian madness she writes about. Instead, we are made audience to Roy, her beauty and her red nail polish. How clothes fall on her body, and how waiflike she is. In The  Guardian profile, Roy is described as:

“Roy is swathed in pale pink linen, draped around her upper body like a sari over rolled up jeans, open-toed sandals and bright red nail varnish; she moves with arresting grace, and speaks softly. At 55, she retains an impish air of ingenue about her, and the quiet mischief in her smile suggests a certain pleasure in her own troublesome single-mindedness...”

A small brown woman with a big voice still seems to defy the descriptive capacities of men and women who write about her. Are there references to how the shirt fabric caresses Salman Rushdie's belly, or how Ram Guha's glasses frame his face in the review of their works or profiles?

The eccentricities of Roy’s existence are ridiculed. Quoting the same The Guardian profile, "Everyone thinks I live alone, but I don't... My characters live with me." An editor openly joked that she might have schizophrenia on Facebook. A man's eccentricities are his greatness, a women's her madness.

Then, of course, they mention of Kashmir, as if it is Roy’s personal eccentricity that is woven into the political. But Kashmir, its people, the destruction of their homes and their demand for freedom, finds no place in these reviews. You don't hear about the book’s meandering form, its text or the language (Jerry Pinto's review in Mint is the only notable exception). Instead, you are either left with an uncritical elegy for Roy, or contempt wrapped in clever words.

Eileen Battersby for The Irish Times wrote, “Yet it is far less ponderous than her overrated debut, The God of Small Things, which unexpectedly won her the Booker Prize in 1997, ahead of Jim Crace’s outstanding biblical epic Quarantine, not to mention Tim Parks’s Europa and Bernard MacLaverty’s limpid Grace Notes.” 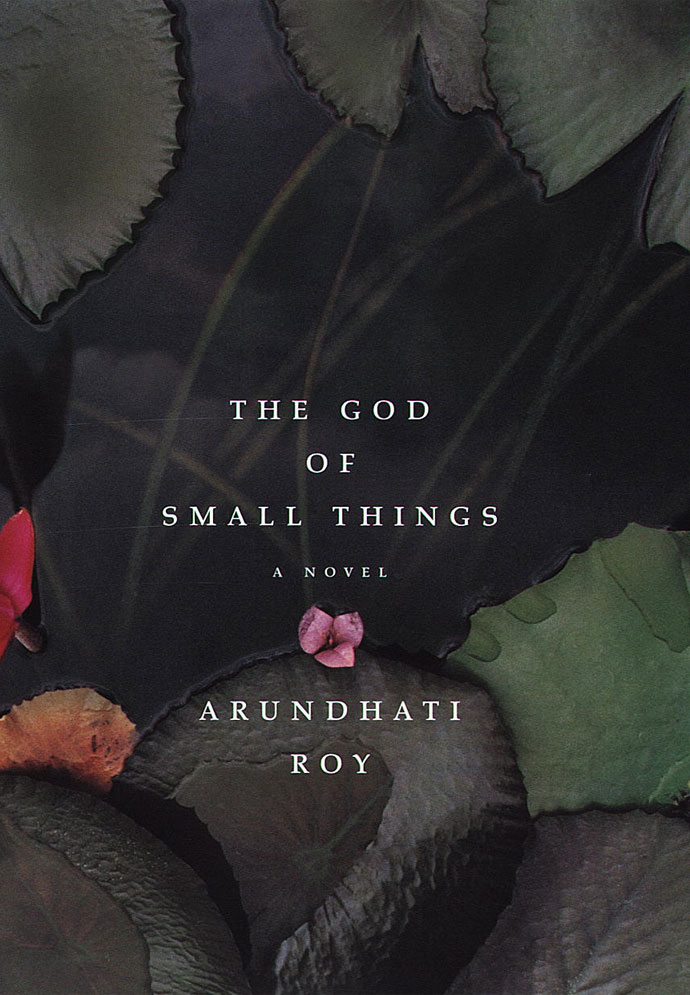 The Roy who wrote The God of Small Things and Utmost are two different writers.

"The Roy who wrote The God of Small Things and Utmost are two different writers. The prose, the form and text have changed. If The God of Small Things was moist and wet with the humidity of prejudice, Utmost closely resembles Garcia's imagined city of Macondo, from One Hundred Years of Solitude — a place being consumed by the hate that birthed it. The book needed a firmer editor, but to quote Jerry Pinto’s, “Some of this is self-indulgence. A good editor might have convinced her to tighten it. Perhaps they tried. But they would have also been dealing with the first novel by Arundhati Roy after 20 years.”

No one edits anymore and the reality of success also implies that no one dares to edit an established author anymore.

A few years after The God of Small Things came out, I read John Updike's review of the book. Then the British Council in Madras was one of the few places one could find The New Yorker in hard copy. In it, Updike compares Roy to Faulkner. The sentence that has stayed with me is the one where he writes about Faulkner's "method of torturing a story mangling it",  and how his work resonates with those from societies, "that feel a shame and defeat in their history". It was Updike’s review that introduced both Faulkner and Roy to a child.

It was here that I found out stories can be tortured and their form can be influenced by the defeats in history. That complex ideas birthed and written halfway across the world can cross-fertilise fiction across generations and be thrown open to a wider world. Good reviews, once did that.

The space for reviews has shrunk and good reviews are far and few in between. The attention that Utmost as received is unthinkable even for most established writers. Even when such space is made available, to quote Orwell, we are left with a text made up by, "constantly inventing reactions towards books about which one has no spontaneous feelings whatever".

But alas, the act of reviewing is dead. What we instead get are texts that mimic our visual occupations, that resemble our Instagram posts and selfies.

Also read: Arundhati Roy’s The Ministry of Utmost Happiness is a literary castration of the hypermasculine nation

#Review, #The Ministry of Utmost Happiness, #Arundhati Roy
The views and opinions expressed in this article are those of the authors and do not necessarily reflect the official policy or position of DailyO.in or the India Today Group. The writers are solely responsible for any claims arising out of the contents of this article.