The city is abandoned

The evening the emperor left the Qila and reached Humayun’s tomb, Nawab Hamid Ali Khan’s servant came to my father at midnight and gave him a message.

"Why are you waiting free of care in your house? The emperor has left the Qila and the locals are fleeing the city. For God’s sake, leave your house and depart from the city with your family. Can’t  you see that the city is being murdered? I am going out of the city with my family. You can send the women of your family along with mine."

Nawab Hamid Ali Khan’s house was near the Kashmiri Darwaza, but a month earlier he had rented a house in our mohalla.

After this message, everyone left the house in whatever clothes he or she was wearing. My mother didn’t even pick up a ring from her jewellery in her state of panic.

My wife had stitched a mattress and bolster in which she had stuffed the valuable clothes she had got in her trousseau, along with her jewellery. She spread the mattress in the cart and kept the bolster beside her.

Thus, my parents, my wife, all my siblings and all the women of Nawab Hamid Ali Khan’s house went to Matia Mahal to my in-laws’ house. The Jantar Mantar observatory in Delhi in 1858, damaged in the fighting. (Wiki Commons)

My mother and Nawab Hamid Ali Khan’s wife told my father-in-law’s elder wife, jagirdar of Sadirpur and Raispur villages, "Begum Sahiba, why are you sitting here? Pack up and leave with your children. This is not the time to sit in your house. We have come to take you along with us."

She agreed to come with us. I pleaded with my father-in-law, Nawab Amir Mirza Khan, "For God’s sake, please come away with us."

By 1am, arrangements had been made for travel. My in-laws and children came to Matia Mahal Phatak. My younger brother-in-law, Kazim Mirza, was sitting in my father-in-law’s lap.

We reached Matia Mahal Darwaza, conversing with each other. Here, we met an unforeseen calamity. A woman named Kilo was sitting in a state of majzuba  just in front of the Darwaza.

As soon as she saw my father-in-law, she called out loudly, "Miyan Amir Mirza sahib, where are you going? God has not given permission for you to leave. Have you forgotten?"

As soon as these words left her lips, Amir Mirza Sahib’s feet became glued to the ground and he told Kilo, "Undoubtedly, I have erred."

The carriage driver was ordered to return to the house at once. I pleaded with them for a long time, others asked them too, but my father-in-law refused to listen. We all begged him to have mercy on the family of 50 people, to come along with us.

Another catastrophe struck us at this time. Miyan Nasiruddin sahib, my father-in-law’s maternal cousin, came and said, "Bhai Sahib, please come back. Come to my house. There are some European women hiding there. They are saying that you have nothing to fear. They will plead your case to the British and save you."

Hearing this, my father-in-law’s mind was set at ease and he told me, "Son, you go. I can’t bring myself to leave."

There was nothing I could do but leave with the women of my house. He returned to his house with his family.

I took my family and the women of Nawab Hamid Ali Khan’s house to my maternal grandmother’s house near Dilli Darwaza. It was 2am. Some of my other family members were also gathered there. There were 200 men and women altogether in the haveli of Hakim Momin Ali Khan. 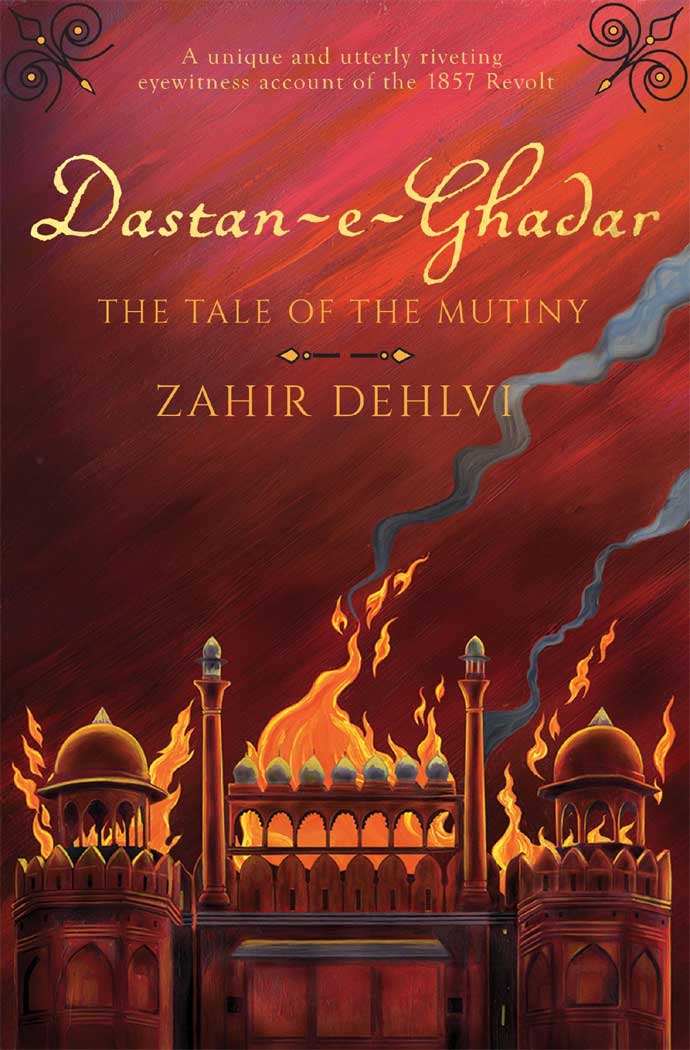 We prepared to leave the city at dawn. My wife had not come with me and had instead gone back with her parents. I sent my younger brother, Umrao Mirza, to their house to ask whether they would send her with me. She would share my state of affairs. But if they wanted to keep her with them then, may God protect you. We would be considered separated for life.

My brother went and relayed my message to my father- in-law. He said that I could take his daughter wherever I wanted, as he had no rights over her. The women of her house kept asking her not to go, but my brother put my wife in a palanquin and brought her to me.

We all left the city and came out of the Dilli Darwaza.

The ground in front of Dilli Darwaza was like the day of resurrection.

There were thousands of purdahnasheen (veiled) women, tiny children, young and old men pouring out of the city in a state of panic. No woman remembered to veil herself. A few pious women were walking barefoot with just a chador to cover themselves.

Wretchedness had spread on delicate ladies

A pallor was seen on moon-like faces

Woe the impropriety of the veiled women

Doomsday had come before its time

How do I describe the turn of fate?

Also read: Prince who became a pauper in Delhi: Tales from India's First War of Independence