Ruskin Bond on growing up with his favourite characters

It is over 50 years since I wrote 'The Night Train at Deoli', but that girl with the basket is still standing on the platform.

Many years ago, a well-intentioned critic observed that my stories were not, technically speaking, short stories, as they were plotless, lacking in formal structure. In those days everything - play, film, short story - had to have a "plot", even if life itself was totally devoid of one. My critic did, however, concede that my stories were really character sketches, or portraits of people I had known, and in this he was right.

My characters were the story. I began with a character, and ended with that character, and the story belonged to him or her. It is over 50 years since I wrote "The Night Train at Deoli", but that girl with the basket is still standing on the platform, waiting for me to get off the train and take her by the hand and walk away with her. I am 80 now, but she will forever remain 17 or 18 - the girl you, dear reader, had to leave behind. She is the lover we have all yearned for but never attained.

Readers often ask me if a particular story is true or not, and sometimes the answer surprises them. "Love is a Sad Song" is a true story, and happened very much in the way I have described. But of course Sushila wasn't her real name; and the real Sushila is now a grandmother. In Delhi, you grow old. In Deoli you are trapped in a time warp and stay young forever.

Miss Mackenzie was a real person, based on Miss Bean, who was my neighbour in Maplewood Lodge, when I first came to live in Mussoorie. And Anil, the boy who used to visit her, lived with me and attended the school on the hill. Little Rakesh in "The Cherry Tree" is now 40, with three wonderful children of his own. But we really did plant that tree, and I was the grandfather in the story. Hundreds of stories later, the cherry tree is still there. 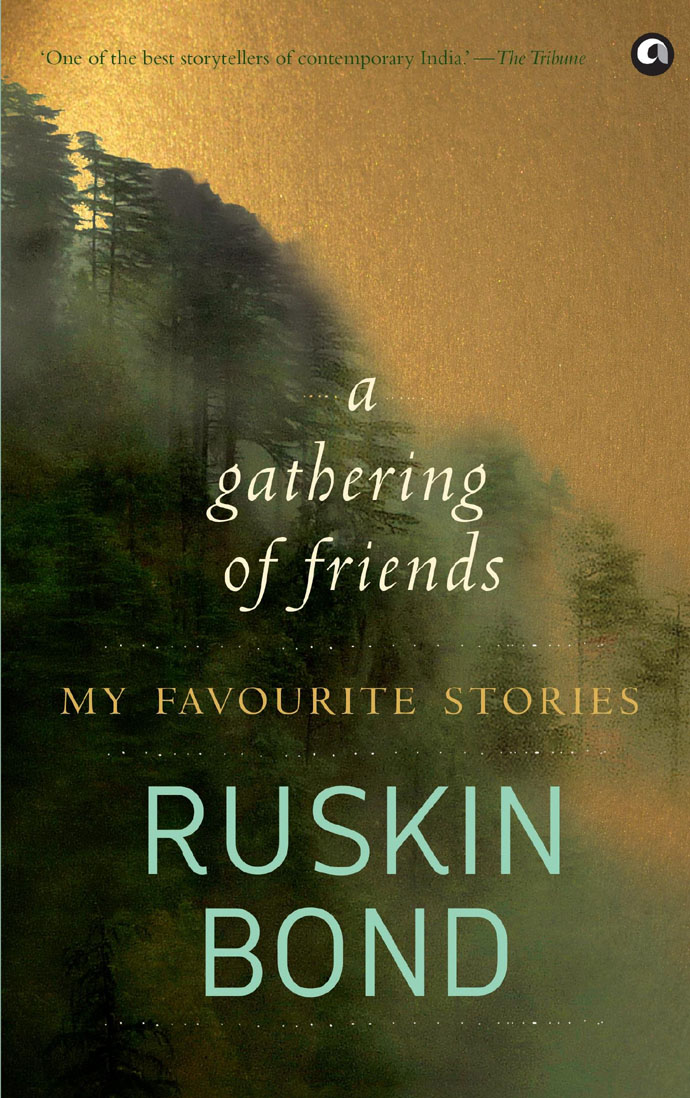 Strangely enough, the "grandfather" who appears in many of my stories is a fictional character. Both my real grandfathers died before I was born. But as I had always wanted a grandfather, I made up one - a colourful, good-humoured character, who was probably nothing like the original. He was based partly on hearsay, partly on what I wanted him to be. And as for all those pets, well - they just kept increasing as the stories kept coming!

My fictional "granny" is also a little different from my real grandmother in Dehradun. And Uncle Ken? I did have an Uncle Ken who got into some strange situations, but here again, I had to make up some stories to meet the demand. I am, after all, a fiction writer. With the exception of my parents, many of the relatives I write about are made-up people - uncles, aunts, cousins, grandparents - they just made for good stories.

On the other hand, perfect strangers (albeit real people) have become friends-the woman who says she is my mother in "The Woman on Platform 8"; the girl on the train in "The Eyes Have It"; the Khilasi at the wayside station in "The Tunnel"; Somi and Ranbir playing Holi with Rusty…

Ah, Rusty, my alter-ego… Ruskin, 1952, a lonely boy in the Channel Islands, recalling the friends he had left behind in India, and sitting down every night to write his novel, "The Room on the Roof". It went through three drafts before it was accepted by a London publisher, and by then it was largely fiction. But Somi and Ranbir and Kishen were true to life. Where are they now, I am often asked. I lost touch with Ranbir, but continued to see Kishen from time to time, until he died while swimming off the coast of Goa, trying to save a child from drowning. Somi settled in the United States and has a beautiful wife and two handsome sons. Just last month, after a gap of almost 60 years, I found him standing in my doorway - now in his 70s, but just as youthful and charming and affectionate as ever.

Life has its ups and downs and periods of darkness, but now and then it springs a surprise, such as an encounter with an old friend, and makes us want to go on a little longer. I hope you, dear reader, will enjoy meeting or renewing your bond with this gathering of friends and relatives as much as I have enjoyed creating them. Along with my family, these are my favourite people. With luck (and this is every writer's dream) they will walk off the page and into your life.

Reprinted with the publisher’s permission.

#Ruskin Bond, #Literature
The views and opinions expressed in this article are those of the authors and do not necessarily reflect the official policy or position of DailyO.in or the India Today Group. The writers are solely responsible for any claims arising out of the contents of this article.

The writer is an award-winning Indian author of British descent.