S Durga losing battle at IFFI is ridiculous as it gets

The film is a powerful take on how men tend to view women, how they tend to objectify them.

It is awfully sad that S Durga lost to what seemed such a trivial technical issue. This only made it all too apparent that the powers that be were bent on making sure that the movie was stopped from screening at the International Film Festival of India (IFFI), which drew its curtains on Tuesday.

A last-minute order from the Central Board of Film Certification ruled that S Durga could not be shown at the Indian Panorama of IFFI, because the jury which saw the movie again on court orders averred that the boxes used in the amended title of S Durga conveyed a different implication.

The boxes were used by Sasidharan to mask the letters “exy” from the original title of “sexy”. Those letters were removed on the orders of the Board earlier. In fact, the movie was screened at the Mumbai Film Festival in October.

A letter from the Board early this week told the producers of the movie: "We have received a complaint from the IFFI jury at Goa that the title of the film on the title card is shown by the filmmaker as "S### Durga" (where the # means rectangular white boxes) which has totally different implications."

This now means that S Durga will have to go back to the censors for a fresh certificate. Nobody knows when this will happen, and it is quite possible that Sasidharan may not be able to show his work even at the Kerala International Film Festival, scheduled for early December. He had earlier withdrawn his work from this festival, because he felt that his movie had not been slotted well. But after the IFFI fiasco, he had decided to allow a Kerala screening.

Sadly, one of the best sections in the International Film Festival of India, Indian Panorama, has now been reduced to a farce. Despite a firm court order that S Durga must be shown at the festival, the movie could not be! And till Tuesday, when IFFI drew its curtains, one had hoped that somehow S Durga would find a screening slot and venue. But no, all expectations were belied.

What I fail to understand is the needlessness of it all. S Durga, apart from a controversial name, had nothing remotely controversial about it. It merely narrated the story of a young couple – Durga and Kabir – running away, and running into the misfortune of thumbing a lift from two men, who begin to ogle the girl, frightening the wits out of her. In all probability, Sasidharan must have hit upon the original title bearing in mind the way the two men perceive Durga, as sexy, which she is not. In fact, she is far from it. She looks far, far from glamorous or seductive on the screen. 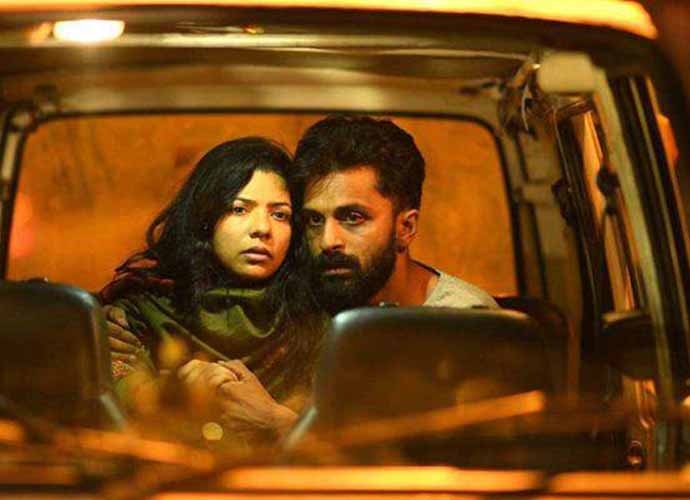 S Durga is a powerful take on how men tend to view women, how they tend to objectify them. And it is here that the movie is highly pertinent in the times of Harvey Weinsteins.

Soon after Sasidharan returned from Brisbane (where S Durga was part of the festival's competition) on last Saturday, he told the media in Panaji, "Now, it's no longer about screening my movie, which the jury selected. It's about following a court order. And if they are violating court orders, then it's a grave offence.”

With desperation writ large on his face, he said in stern words, “I don’t know why my film and I are treated like stray dogs. My work has represented the country in 50 international festivals and won 10 awards. I don’t know if it is about me or the fact that my movie shows the bitter truths of the society we live in.”

Rajshri Deshpande, who plays Durga, is promoting Sasidharan’s work at the ongoing Cairo International Film Festival. She finds nothing wrong in the original title. On Monday she said to me, “The people involved in its production were all sensible. The movie is a classic example of how men view women, and this is exactly what we keep seeing in the film – with two guys in the van ogling Durga as she and her boyfriend, Kabir (Kannan Nair), are eloping through a lonely highway in Kerala in the middle of the night.”

In the final analysis, the S Durga affair, I am afraid, will merely discourage Indian directors and producers from sending their works to the festival's Panorama. It will be a pity, because I know that a lot of foreign guests at the festival are keen to watch Indian cinema, not anything else. This is but natural, for much of the foreign fare would have been shown in other festivals in other countries earlier in the year. The Goa Festival takes place at the fag end of the calendar.

The Indian Panorama was once considered a gem of the festival that in the course of time has been reduced to nothingness.

Also read: To revive Congress, Rahul Gandhi must first correct the wrongs of his family

#Film festival, #IFFI, #S Durga
The views and opinions expressed in this article are those of the authors and do not necessarily reflect the official policy or position of DailyO.in or the India Today Group. The writers are solely responsible for any claims arising out of the contents of this article.