Sacred Games: Me, my friend and Anurag Kashyap

Watching the Netflix series may make us sing Anurag Kashyap's praises once again.

Last week an old friend called and asked me if I had seen Sacred Games. I said no but I was planning to. 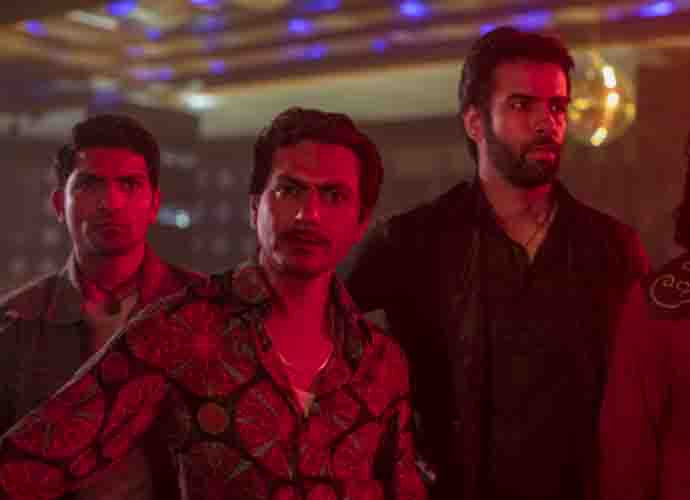 "I have seen two episodes and I think it's brilliant but that has led to a problem."

"I don't know about my status with Anurag Kashyap."

"What are you saying?"

"I thought I was done with him. Now, I have to watch all of his stuff, sing his praises to everyone and maybe, even fall in love with his work again."

"Don't worry, maybe, it's just Vikramaditya Motwane who is holding it together."

Our friendship has been as old as Anurag Kashyap's directorial career (of course, you have to count out Paanch and Black Friday). It was around Dev D that we really started bonding well. The Wong Kar-wai inspired lighting, the wonderful shots of Paharganj, Dev D's unexplainable agony and of course the 18 track soundtrack by Amit Trivedi dominated our conversations.

Other than Dev D, our only common interest was politics. She was studying to be a journalist and I was studying to be unemployed. And then, guess what? Anurag Kashyap made Gulaal. It was like he had made a film for people like us. I saw Gulaal thrice in Mumbai, she saw it twice in Delhi. But it was never about us. Gulaal was Gulaal. Gulaal was bigger than all of us. It was the political film the nation should have seen (sadly, the nation was busy watching some other crap). And when the film was out of theatres, Anurag had still left us with Piyush Mishra and his music to behold.

When we met next, it was already 2011 and we had both seen That Girl in Yellow Boots in an almost empty theatre. We didn't really get why he wanted to make such a film but who were we to question someone who went out on a limb to make No Smoking (we were still trying to understand that one!)

Then in 2012, came the film that would change our lives forever. Gangs of Wasseypur, GoW, Gangswa. With Mithun da's flair, as Sardar Khan entered our lives, there was nothing else in the cinematic universe that we talked about. To top it all, we were both from Bihar. We were on the moon. Finally, we had our Francis Ford Coppola, Martin Scorsese and Quentin Tarantino, all in one. But most importantly, we finally had Anurag Kashyap. The film was a lyrical ode to violence and we drenched ourselves in its flavour and colour over and over again. Sardar Khan, Ramadhir Singh and Faijal had become inalienable to our daily folklores. The film left an imprint unlike any other we had seen, maybe because it was so close to home. But by that time we were not the only ones raving about him. Cannes was going mad. A friend saw the film in Paris and wrote a long mail confirming that the world was watching. Engineers all across India had been so moved by the creative power of abusive language on-screen that they abused their goddamn engineering colleges and left for Mumbai to make films and TV soaps for other oppressed engineering students. The film industry took notice and Anurag Kashyap soon moved around with the high and mighty gods of the Hindi film industry.

The last one didn't go well with many judgmental people but we never questioned his dedication to the craft. We were sure he would never change. Who were we to question his idea of films anyway? We were fans at worst and film lovers at best. That said, there was something deeply disappointing about Ugly though my friend still watched it twice. Then came Bombay Velvet and even before the film was released, people started talking about how the big budgeted film had tanked because of Anurag Kashyap. We disagreed with them wholeheartedly. We had seen the film and liked it. We saw it again and found that it had grown on us. And we were not blind bhakts like you have these days. But then, for weeks and years that followed, Anurag himself went around and talked about the film as if it was the biggest mistake of his life.

"Maybe it's the company he is keeping. They fill him with all this negativity"

"Yes, otherwise he is positivity ka devta, no?"

To be frank, the films that have really disappointed us are the two short films he did — Bombay Talkies and Lust Stories. That might be a direct consequence of us watching Last Train to Mahakali at least four times. Then there is the second half of Mukkabaaz. But one can forgive him for that because the first half was just so good.

"See. Anuraag proved me right once again. What pace, what writing, what acting, what film making and politics yaar. I haven't seen anything like Sacred Games for a long time. Can't wait for the next season!"

"Ya... right. But what if it is Vikram Aditya Motwane's doing all along."

That was how our phone call ended. Thankfully, it's not the end of our friendship. Neither is it the end of Anurag Kashyap's career. Hopefully, he gives us a lot to talk about in the years to come.

Post your comment
#Vikramaditya motwane, #Gangs of wasseypur, #Anurag Kashyap, #Sacred Games
The views and opinions expressed in this article are those of the authors and do not necessarily reflect the official policy or position of DailyO.in or the India Today Group. The writers are solely responsible for any claims arising out of the contents of this article.