Eight poets, one city they loved and lived in: 'Beloved Delhi' is a fresh look at a city much written about

There have been many books on the lives of these poets, and on Shahjahanabad, but Saif Mahmood merges the two milieus.

The city of Delhi, with its glorious history and imperial past, has variously been described as the ‘City of Djinns’, ‘Imperial City’, ‘City Improbable’, ‘Delhi Metropolitan’. Author Saif Mahmood in his book calls it ‘Beloved Delhi’.

Saif Mahmood has been a prominent name in the cultural revival of Urdu that Delhi has seen in the past few years, through various programs and festivals. 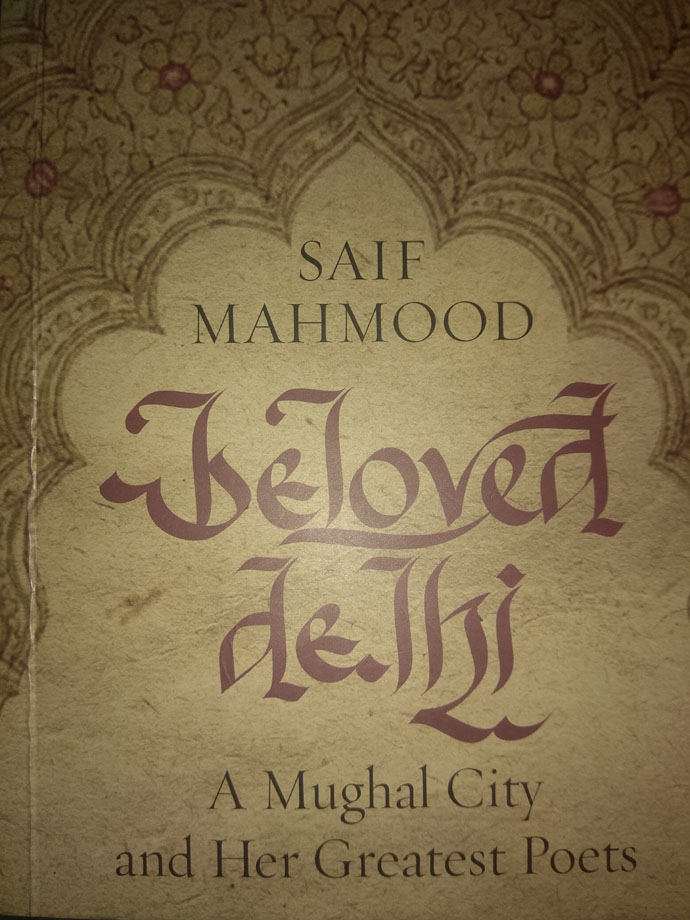 The book is an important work not just for the lovers of Urdu poetry, but also for anyone looking to understand and appreciate literature.

In his book, he talks about the golden period of classical Urdu poetry, and situates it within the politico-socio-economic decline of Shahjahanabad (today’s Old Delhi). The author is making an attempt to make the works of eight eminent classical Urdu poets accessible to the current audience, by writing in English and then also translating them along with their biographies.

There have been many books on these poets and on Shahjahanabad as well, but Beloved Delhi merges the two milieus, as the author says himself:

“...lives (of poets) and the life of the city they lived in and which shaped them and their poetry have not been documented in a single volume.....” (pg51).

Delhi, a modern capital and a city of cities, has many layers of history that unfold and reveal its fading colours crease by crease. In the book, literary historian Rakshanda Jalil, in the Foreword with Shahar e Ashob (the genre of poetry which talks about the decline of a city), and Delhi’s history chronicler/story teller, Sohail Hashmi, in the Preface, situate and contextualise the city of Jahan’abad, before we dive into the depths of beautiful poetry and history, starting with Sauda Mohammad Rafi (1713-1781).

Each chapter is neatly divided into three sections — the first part is devoted to the biographical details of the poet’s life, the second deals with the finer nuances of his poetry, and the third lists the selected works of the poet.

Fluid writing and language, with a dash of contemporaneity (interesting sub-titles to each chapter: Dancing Dervish/Dard, Debonair Hakim/Momin, Incurable Romancer/Mir, Last Casanova/Daagh) and well-researched sources make the descriptions rich, without getting too heavy. 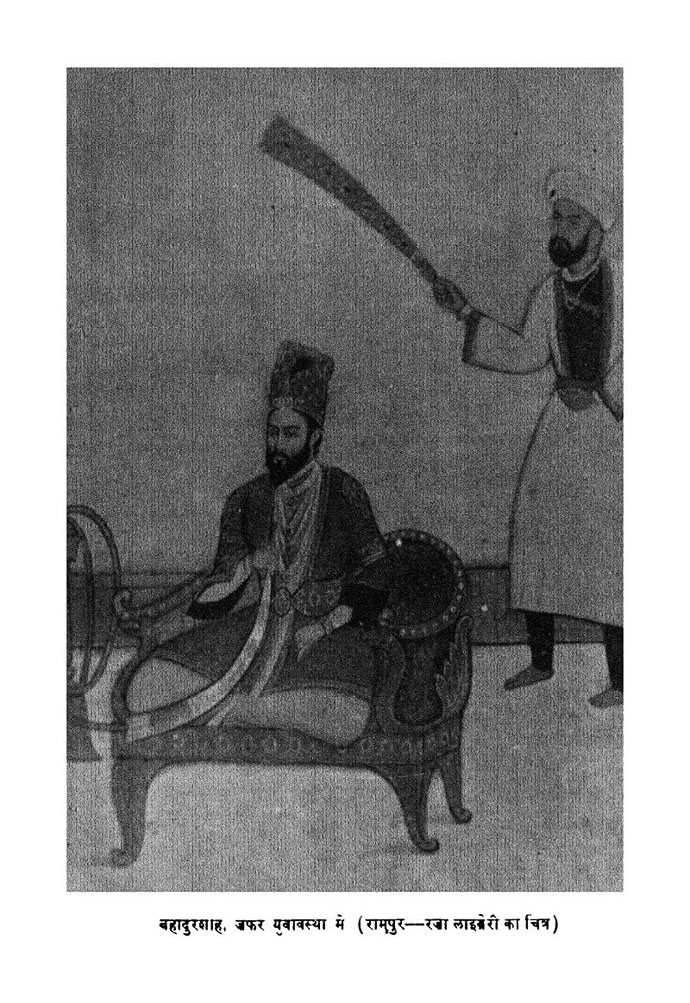 Bahadur Shah Zafar’s long sufferings at the hands of the British have been dealt with, as also his poetic dispossession. (Photo: Wikimedia Commons)

The longest section is predictably devoted to Ghalib. Detailed narratives are quite fascinating — of Bahadur Shah Zafar’s long sufferings at the hands of the British along with his poetic dispossession (aspersions were cast upon his poetry, with disputed claims on authorship especially on some of his ghazals); the technicalities of poetry, such as lambi beher (long meter) ki ghazal and the colloquialism of Zauq’s poetry, have been wonderfully explained; the poetic rivalry of Ghalib and Zauq; the affairs of poets (Ghalib/Daagh) with courtesans of their time have all been adequately dealt with.

Beloved Delhi elucidates on the social world of the 18th century Shahjahanabad through various famous personalities, such as Shah Naseer or Kaale Sahab (whose name keeps appearing in the biographies of Ghalib, Zafar and in reference to the mentorship of Momin and Zauq). Lives of the poets run parallel to Shahjahanabad’s changing fortunes and Saif Mahmood weaves a world of desolation to describe the city’s decline.

So, the body is burned and even the ashes are given away to Ganga Maiyya. For most Muslims, the grave is of loose earth so they become a part of nature after some years — pucca graves are not encouraged. Common folks in the subcontinent could neither afford nor were encouraged to have their remains preserved. Museums were introduced, like most modern things, by the British. We still do not have the infrastructure or the attitude or the culture to care for historical artifacts.

Reliance on oral traditional culture and denial of it in its physical form, releasing the body and all things related for the atma’s mukti to the modern way of ‘holding on/establishing memorials’— we have a long way to learn and unlearn things.

Mazars and mausoleums are reserved for kings or revered saints. 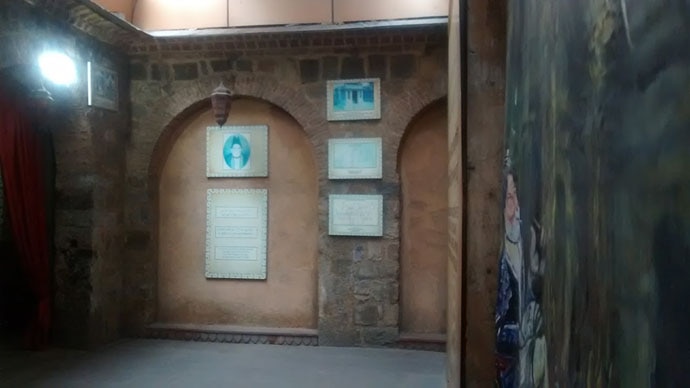 The way Ghalib's haveli at Ballimaran has been maintained isn't much to write home about. (Photo: DailyO)

For Mahmood’s book, Khwaja Mir Dard’s dargah is the only case (among the eight poets) where lovers of his poetry did not have to fight with authorities to give him a deserving final resting place, or institutionalise his ‘memorial’ — probably because he was seen more as a ‘Sufi buzurg’ (elderly saint).

Saif Mahmood goes looking for memories/ remains of 18th-19th century poets in the present world, and predictably — with the numerous problems of existence in the present-day Shahjahanabad — finds the remains of the eulogised poets difficult to locate.

Thus, at the sites where they lived and wrote, we are shown glimpses of today’s chaotic lives (through Anant Raina’s photographs), which is symbolic of the way we have treated our legacies and our cultural ethos.

Beloved Delhi, author Saif Mahmood’s debut book, is an important work not just for the lovers of Urdu poetry, but also for anyone looking to understand and appreciate literature, the socio-cultural life of Delhi, and its rich history.

Post your comment
#Urdu Poetry, #Shahjahanabad, #Beloved delhi, #Saif mahmood
The views and opinions expressed in this article are those of the authors and do not necessarily reflect the official policy or position of DailyO.in or the India Today Group. The writers are solely responsible for any claims arising out of the contents of this article.