Sanju: The facts versus fiction that Rajkumar Hirani chose to show

It's easier to put the blame on circumstances or the media than to show actual remorse.

Back in 2005, when Sanjay Nirupam was walking over to the Congress from the Shiv Sena after a fallout with Bal Thackeray, he faced vehement opposition from Sunil Dutt. The celebrated Bollywood actor was then a Congress MP from Mumbai Northwest and also India's sports minister in UPA 1.

Despite Dutt's opposition, the Congress saw "potential" in Nirupam, who eventually joined the party. Sunil Dutt passed away later that year.

In 2009, Sanjay Dutt, at his first press conference after taking over as general secretary of the Samajwadi Party, held Nirupam responsible for his father's death.

According to Sanjay Dutt, his father was unhappy with Nirupam's entry into the Congress as the latter had run a vicious campaign against him (Sunil Dutt) and other senior Congress leaders when he (Nirupam) was with the Shiv Sena for almost 10 years.

Sanjay claimed that since his father had a weak heart, he was disturbed by these developments and died later.

A much-irked Nirupam, in his defence, said Sunil Dutt was instead deeply hurt by his "only son's wayward behaviour".

"It was only because of Sanjay that the legendary Sunil Dutt had to go and sit for hours at the feet of Shiv Sena chief Bal Thackeray. I have personally witnessed his agony," Nirupam had said.

While watching Sanju, I was reminded of Nirupam’s words — unkind but perhaps true. Anyone who saw Sunil Dutt spending hours outside the offices of various Congress minsters would remember the agony that Nirupam was talking about.

Known for his integrity and secular credentials, Sunil Dutt, had to finally request Shiv Sena chief Bal Thackeray to get Sanjay Dutt out on bail. (By 1994, the government in Maharashtra had changed and Shiv Sena-BJP had come to power.)

Many say it was Shiv Sena’s unkind words and constant attack on Sunil Dutt that incited Sanjay Dutt to procure a gun from his "friend' Anis Ibrahim in the first place.

But Sunil Dutt was a "helpless" father. So much so that he chose not to contest the elections in 1996 and 1998 from the constituency where the Congress was sure of winning.

As expected, all these facts didn't find any place in Sanju. The film, of course, chose to highlight only those facts which show Sanjay Dutt as a "hero". In a way, that's also fair, considering the judgment in 1993 serial blasts case.

'You are not a terrorist'

The film focused a lot on these words said by the TADA court judge in 2006 while pronouncing the judgment. The TADA court acquitted accused number 117 — Sanjay Dutt — of all charges after making an observation that he was not a terrorist, but convicted him under sections of the Arms Act for possessing AK-56 rifle.

I clearly remember running out of the TADA court inside Mumbai’s Arthur Road Jail, making a 500-metre sprint just to break the news of what judge PD Kode had said: "You are not a terrorist."

Many were surprised by the judge's "special gesture", but there is a story behind it. Badly hurt by repeated mention of his name as a terror accused by public prosecutors to the media, Sanjay Dutt had requested PD Kode, a few years before the judgment was pronounced, that “whenever you pronounce the judgment, if I am not found guilty in blast conspiracy or terror act, kindly clarify it in your judgment".

Kode obliged his request in 2006. But does that mean Sanjay Dutt was simply a victim of circumstances and whatever he did was out of fear and innocence? 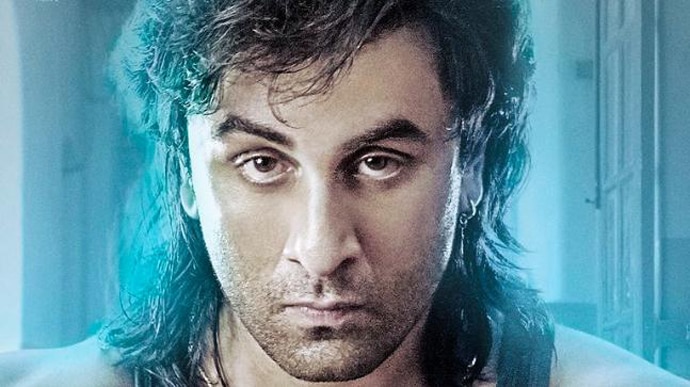 'You are not a first-time offender'

After he was found guilty under the Arms Act, Sanjay Dutt had to wait for a full year before his quantum of sentence was announced. He made a  plea under the Probation of Offenders Act, according to which act if the plea is accepted by the court, the convict is awarded the sentence but the court has the power to release the offender on probation of good conduct.

It depends on the type of offence you have been convicted in, but most importantly, if and only if you are a first-time offender Now, here judge Kode made it clear: “You are not a first-time offender." As per Sanjay Dutt’s statement recorded under the TADA Act which is admissible as an evidence, he had mentioned that he also possessed an unlicensed pistol three-four years before procuring the AK-56 in 1993.

While setting aside Dutt’s plea, Kode mentioned in his judgment that even if the police didn’t get to know about it and Sanju wasn’t charged for that, possessing unlicensed pistol was an offence. Now, the film Sanju doesn’t give any "clarification" for possessing this unlicensed pistol. It was neither his circumstances nor the media that forced him to do that.

'Had he told the police or his father about the AK-56, 1993 blast could have been averted'

Frankly speaking,  the judgment or the evidence provided by the Mumbai Police or the CBI don't prove that. And that’s one of the reasons why the TADA court didn’t find him guilty under terror charges.

Sanjay Dutt received the AK-56 sometime in early January 1993, whereas the chargesheet clearly mentions that a conspiracy meeting to plan the 1993 blasts was held around January 20 at Dawood Ibrahim’s "White House" bungalow in Dubai. On his instructions, his agents organised landing operations of arms, ammunition and explosives in Shekhadi coast in Raigad district on February 3 and 7, 1993.

These arms were later used in the Mumbai serial blasts. But had Sanjay Dutt acted before that and informed the police or his father about his AK-56, it would have definitely warned the police that something big was being planned under their nose since it was (and still is) not easy to procure an AK-56.

But more importantly, what I was looking for in the film were a few words for his friends Yusuf Nalwala and an ever-smiling 80-year-old Parsi gentleman, Kersi Adajania, who had to face jail term for helping Dutt destroy the weapon. Both of them had no idea why and how Dutt got the weapon. They just did it because their "friend" Sanjay Dutt had requested them to do so.

I guess it's easy to put the blame on circumstances or the media than to show actual remorse for the wrongs you have committed. For me, Sanju is just another film based on fiction, and I enjoyed it thoroughly.

#Ranbir Kapoor, #Sanjay Dutt, #Sunil dutt, #Rajkumari hirani
The views and opinions expressed in this article are those of the authors and do not necessarily reflect the official policy or position of DailyO.in or the India Today Group. The writers are solely responsible for any claims arising out of the contents of this article.