Finding Sarbjit: The man who lost to India and Pakistan

Film writer Utkarshini Vashishtha says the biopic is a metaphor for all those torn in the mutual hatred between the two neighbours.

Omung Kumar-directed Sarbjit, a biopic on Sarabjit Singh, an Indian farmer convicted of terrorism by Pakistan in 1990, released this weekend. With superstar Amitabh Bachchan tweeting a congratulatory letter to Randeep Hooda, who plays Sarabjit, and a mixed response to the film, expectations are riding high.

The biopic has little space for glamour, but the star cast holds much promise. Apart from Hooda in the lead, Sarbjit toplines Aishwarya Rai Bachchan in the role of the slain farmer's sister Dalbir Kaur, and Richa Chadha, who plays Sarabjit Singh's wife Sukhpreet Kaur.

The film draws from the much-publicised case of Sarabjit Singh, who had accidentally crossed over to Pakistan in a drunken stupor and was later convicted of terrorism, and his sister Dalbir's decades-long battle for justice. But how much do we know about the real Sarabjit?

He was a Punjabi farmer who lived with his wife, two daughters, an elder sister and father in a village near the India-Pakistan border. After their mother's death, Dalbir raised young Sarabjit like a son. His father would fondly call him "Sahab" and waited for him to return home till his dying day.

Sarabjit's letters from prison reveal that he was quite the romantic. He wrote poetry for his wife Sukhpreet, often quoting lines from Rajesh Khanna songs in an attempt to ease her pain. He understood his responsibilities as a father, and in many of his letters, urged his daughters not to give their mother a hard time in his absence; to strive to become an MBA or a doctor.

As a youth, Sarabjit was a man of many talents. Besides participating in local wrestling championships and kabootarbazi, he was an excellent cook engaged in kar seva at gurdwaras.

To know about the film that attempts to bring Sarabjit to life, we had a tete-a-tete with Sarbjit's scriptwriter Utkarshini Vashishtha. Vashishtha, who has previously assisted filmmaker Sanjay Leela Bhansali as an associate director in Ram Leela, talks about translating Sarabjit's journey on screen.

1. How did you recreate Sarabjit on film?

Undoubtedly, his sister Dalbirji was our eyes and ears into the world of Sarabjit. Hundreds of people go missing every day across the LoC. How many family members have the perseverance to keep fighting for 23 years? It was her grit that ensured Sarabjit was ultimately declared innocent, even if it was after his death.

Sarabjit's letters to his family were another important source that immensely helped Randeep and our team to understand the characters closely.

We even interviewed Sarabjit's living inmates to delve into the conditions braved by Indian prisoners in Pakistan's jails. The torture shown in prison cells in the film is as gory as the reality. It struck me that these people were not paying for their crimes; they were being punished for the hatred between India and Pakistan. And, sadly, it's a two-way street. 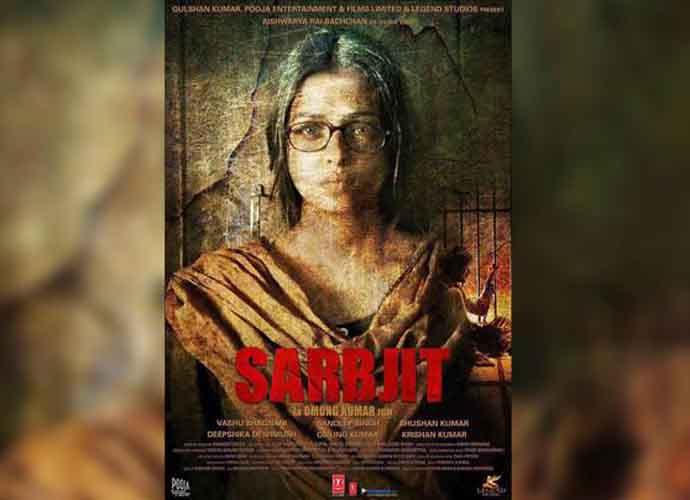 2. What motivated you to make the biopic?

Hailing from Punjab, I am no stranger to the pain and loss the state has endured. Whether it was Partition, 1984 riots or the current drug menace, I am torn when I see my home in shambles. The reason why I was so moved by Sarabjit's story was because of Dalbirji. When no one came forward to help them, she was courageous enough to walk alone and challenge the State machinery. When you watch Sarbjit, you'll feel that you need to stop taking your loved ones for granted, you never know what the future holds.

3. How does one go about casting for a sensitive film like Sarbjit?

Even before we started working on the script, Omung knew Aishwarya was his Dalbir Kaur. Apart from the comfort level the duo share, Omung believes that Aishwarya is one of the most under-tapped actors in the industry today. And her performance in Sarbjit is one to watch out for. Not many people know that she was also one of those from the film industry who had signed a petition for Sarabjit's release in 2005.

Unlike Dalbir's role, Randeep Hooda was not the first choice for playing Sarabjit; he has emerged as a thinking actor. He looks for the meat in the roles, irrespective of their length. Even when he wasn't showered with accolades after Imtiaz Ali's Highway, the actor didn't fret because as an artist he was confident that he had done justice to the part. Sarbjit will be no exception. 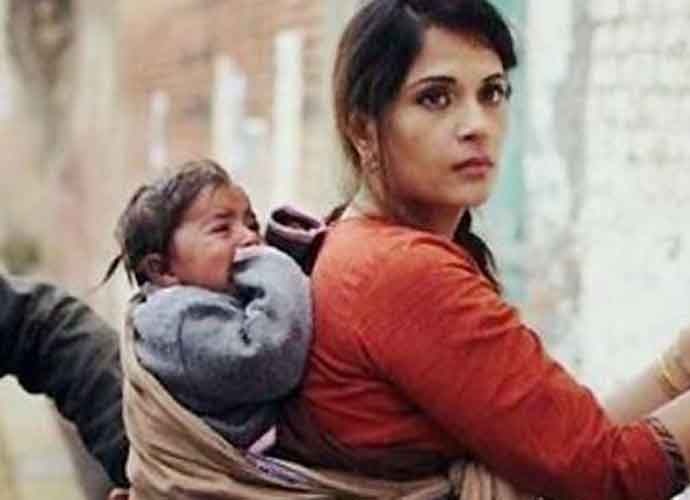 Casting Richa Chadha for his wife's role came naturally. After her phenonmenal act in Masaan as Devi, I knew no one could do as much justice to Sukhpreet's character as her. Another fiery artist, she is a revelation.

4. According to you, which is the most memorable dialogue in the film?

Interestingly, Randeep and I had a little spat on the sets during a reading of one of the scenes, which is part of the trailer. It led to a cold war that lasted for over a week! The reading continued but we felt that the something was amiss. I went out and sat in silence for a good 30 minutes. I wrote this line, came back thinking I was probably on the right track.

It's a moment where Sarbjit says to a seemingly dejected Dalbir: "Mera naa poori mein goom raa hai... azaad (My name is roaming around the world... free)". When Randeep read it, he had goosepimples and all water was under the bridge.

It's his personal favourite too.

5. How emotionally-draining was the film?

Sarbjit is an out and out heartfelt film riding high on the emotional graph. Although none of the scenes was a cakewalk, but the "Salaamat" scene did quite a number on the entire cast and crew. The way Randeep has interpreted the literal meaning of the word ("safe") is mind-boggling. And this scene was gut-wrenching in more than one way. Watching Randeep become Sarabjit, bringing the gradual physical, mental and psychological breakdown of the character alive on screen; living under constant fear was nothing short of brilliance. Randeep Hooda in and as Sarbjit.

When we talk about today's audience, I think people are fed up of watching cars being blown up randomly. Now viewers are not satisfied with anything and everything. And Sarbjit's story needs to be told, watched and felt.

I had told Omung from the outset that I didn't want the film to be just about Sarabjit and Dalbir. The film is more a commentary on the trials and tribulations of all those prisoners whose only crime is their nationality. Emotions like love, happiness, sorrow and longing cannot be separated by borders. Sarbjit focuses on the larger picture.

It is neither pro-India nor anti-Pakistan. Most importantly, it doesn't shy away from raising the burning India-Pakistan issue.

Sarbjit is a metaphor for all those unfortunate people who get caught in the mutual hatred between the two neighbours.

And sadly, they don't suffer alone. As one of the film's dialogues goes, "Dono taraf begunah toh parivaar hai, lekin sazaa toh kaat rahe hain na? (Innocent families are being punished on both the sides.)"

Sarabjit is no more. We can only hope the world doesn't witness another Sarabjit die.

Post your comment
#Bollywood, #Randeep Hooda, #Aishwarya Rai Bachchan, #Sarbjit
The views and opinions expressed in this article are those of the authors and do not necessarily reflect the official policy or position of DailyO.in or the India Today Group. The writers are solely responsible for any claims arising out of the contents of this article.