A man who shaped independent India - but didn't dominate it

On Independence Day, a look at one of India's most powerful, and self-effacing, leaders. An edited excerpt from 'The Man Who Saved India' by Hindol Sengupta.

India as we know it owes a great deal to the energies and determination of one man — Sardar Patel. Yet, in contrast to his political peers, Sardar Patel seems a distant, removed figure. Remarkably, this was how India's 'Iron Man' wanted to be — as a figure who shaped, but didn't dominate, the India that would follow him. Hindol Sengupta's richly researched book The Man Who Saved India studies a political icon deeply associated with India's Independence.

Edited excerpt from The Man Who Saved India by Hindol Sengupta follow. 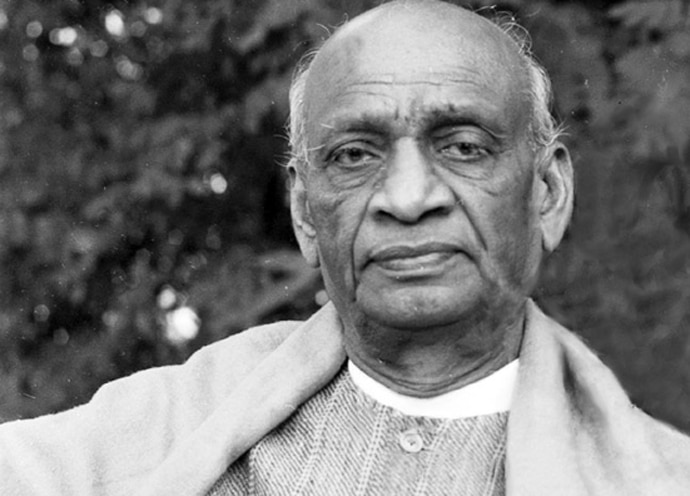 ‘Now what does this tell us?’ one of my schoolteachers once asked.

‘It tells us that history belongs to the tall,’ said the teacher, who taught mathematics and was shorter than most of us Class XI boys.

‘Who else was tall?’ So? — the question hung around the dank Calcutta classroom air for a bit.

‘They both got their own countries. Comes from being tall.’

Even in an arbitrary lesson in history, from a mathematics teacher, Patel, the first home minister of independent India, the man who many believe could have — indeed should have — been the prime minister was getting short shrift. Over the next several years Patel remained in my memory as a short man and not much else.

In this quest, I kept landing up at the door of a man called Vallabhbhai Jhaverbhai Patel. There is a style of writing history, now considered slightly dated, called the great man theory of history where events are considered byproducts of the achievements of a series of ‘great men’, and it is through their exploits that the history of mankind is considered … But when I read, or rather the way I was taught, Indian history the sense of great man-ism was acute. But even there, it not was all great men; it seemed to be only about some great men.

By the time I started working on this book, talk of a Patel statue had begun. Artistic impression of the Statue of Unity (statueofunity.in)

There were some statues already of Patel, including one on New Delhi’s Parliament Street, so named because of course it is a road that leads swiftly to the Parliament. The statue …didn’t seem to be doing too well, though. Even the women assigned to clean the floor upon which it stands ‘don’t really know anything about the person in the statue’, noted The Indian Express. And no one knew when it had last been cleaned.

So a new statue would be built in Patel’s home state, Gujarat. It was backed by the Gujarat government and the then chief minister (it was announced in 2010), and now prime minister, Narendra Modi. Designed by Ram Vanji Sutar, winner of the Padma Shri and the Padma Bhushan, and artist of more than fifty giant public sculptures, including iconic ones of Mahatma Gandhi, the new Patel statue would cost more than $440 million, paid for in part by the state and the rest by public donations.

The Statue of Unity was designed to showcase more than just Patel’s life or achievements. It would be the world’s tallest statue — standing higher than both the Spring Temple Buddha in China (153 metres) and the Statue of Liberty in America (93 metres). It would be 182 metres (nearly 600 feet).

But it was also about where India saw itself in the world.

Presumably having the world’s tallest statue — and the global press that it would generate on inauguration — would contribute significantly to what is known as ‘soft power’. 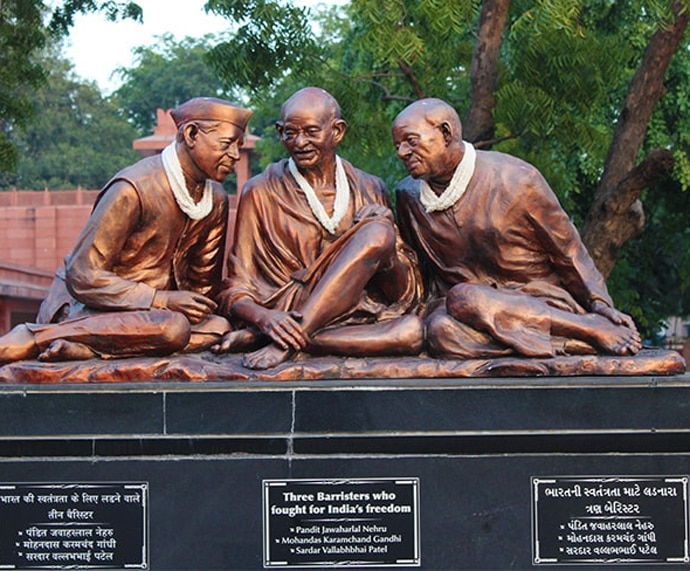 But surely there were other reasons why Patel was deserving of an iconic statue, I thought. Mahatma Gandhi, the Father of the (modern Indian) Nation, had one in seventy countries around the world, including a latest one at Parliament Square in London, the result of an effort spearheaded by the Indian-born British economist Meghnad Desai … Jawaharlal Nehru, the first, and famously aesthete, prime minister, had at least eight around the country, and one in Mauritius.

But the contours, literally and figuratively, of independent India would have never been what Nehru finally presided over — or what we understand it to be today — had it not been for Patel.

Arguably (it is certainly my argument) the modern Indian nation state owes as much to Patel for its existence as it does Gandhi or Nehru.

I did a small experiment and checked how many times the two men had been referred to in two most popular recent books about modern Indian history: Sunil Khilnani’s The Idea of India and Ramachandra Guha’s India After Gandhi. It was natural, I knew, that Nehru’s number would be greater since he had been the first prime minister with a seventeen-year long rule but I wanted to see by how much. What would be the difference? I understand that this has no more than anecdotal value, and this is not meant as a criticism of these two writers, but it still, I feel, gives a tiny glimpse of how peripheral the Patel story has become in the national imagination of our freedom movement — despite previously noted efforts by the Bharatiya Janata Party to propel his name — and how, to use Rajmohan Gandhi’s term, ‘niggardly’ the credit that has been given to him) ...

It is my contention that not only is Patel deserving of being counted as one of the three strongest pillars of the movement that won India freedom from British rule, but he was also perhaps the most grounded, literally and figuratively, of the three, and that his contribution from before Independence till his death in 1950, in many ways, surpassed Nehru’s. There is no doubt that Nehru had many fine ideas as prime minister but he would have done well to heed Patel’s pragmatic, cautious, earthy wisdom in problematic issues like Pakistan, Hindu-Muslim disputes, and India’s relationship with China. That is not to suggest that the Nehru-Patel relationship was overwhelmingly acrimonious, or that the Gandhi-Patel relationship was merely exploitative — to do so would be untrue and unjust; there was undoubtedly a great deal of affection and brotherhood between the three men. They genuinely felt part of a cause that was greater than their own lives and felt compelled to devote all that they had to it.

But to any neutral observer it would be clear that it was Patel who threw away personal motivations and ambitions far more than the other two men — indeed he seemed to be able to carry a lighter, more nimble sense of self. A small but powerful example of this is that among the three he was the only one who did not bother to leave behind voluminous writings that explain his point of view on India’s epochal journey to freedom ... Patel bequeathed no history that gives his side of the story, that talks about how he saw things, that would explain to future generations his role and importance. Mostly what remained was what he really focused on — his work — and therefore he is represented in this story largely through his correspondences, unlike both the Mahatma and Nehru who wrote elaborately crafted worldviews and expansive and detailed memoirs.

Naturally, then, of the three, the least amount of writing, both in terms of biographies or monographs, have been published on Patel. It is almost as if, his work done, Patel wanted to erase every bit of his memory from the momentous history of India’s independence.

Also read: Sardar Patel on RSS and the perils of imposing Hindu Rajya

#Jawaharlal Nehru, #Sardar Patel, #India at 71, #Independence day 2018
The views and opinions expressed in this article are those of the authors and do not necessarily reflect the official policy or position of DailyO.in or the India Today Group. The writers are solely responsible for any claims arising out of the contents of this article.

Hindol Sengupta is an award-winning author and has written eight books.