“The Black Prince is more than just a film for me. It was a five-year journey that exposed me to a different art form and also helped me evolve at many levels. The entire journey of essaying a historical character was an internal voyage,” says singer Satinder Sartaaj.

The Sufi singer marks his debut as maharaja Duleep Singh in the Hollywood production, The Black Prince, directed by US-based Indian filmmaker Kavi Raz. The movie released worldwide on July 21.

The Black Prince brings to the fore the relationship between maharaja Duleep Singh, the last king of Punjab, and Queen Victoria, each representing different cultures. Made at a budget of $5 million, the movie charts the story of Duleep Singh, who was put on the throne at the age of five and removed after the British annexed India. Forcefully sent to England, all his attempts to return to his country were thwarted by the British. The maharaja died alone and penniless in a Paris hotel in 1893.

For Sartaaj, getting into the skin of the character was both emotional and exhaustive. “It involved a lot of research, acting classes, and long sessions with the director and transporting myself into an era long gone past.”

And the biggest stumbling block for him was to master the English language considering it is his "third language".

“I put in a lot of hard work to master the Victorian accent. I can never forget the day when I had to deliver a full-page monologue in a single take.” 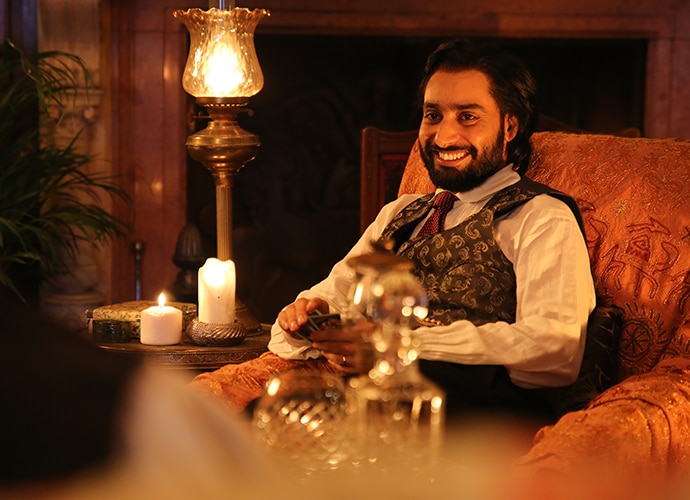 The first movie to be screened at the London Indian Film Festival held in June, the trailer of The Black Prince was unveiled in Cannes (this year). The film also stars Shabana Azmi, who plays the powerful character of maharani Jindan, Duleep Singh’s mother.

“It was a real learning experience working with her. Despite her seniority and acting prowess, she always makes everyone around feel comfortable. Her attention to detail and what she brings to the character is mind-blowing. At every turn, she was ready to help me,” the 37-year-old, who is originally from Hoshiarpur in Punjab, recalls.

Optimistic that the film would not just be restricted to "serious viewers", but also accepted by masses, the actor-singer says, “It’s a very interestingly told history of Punjab’s last kingdom, something not many people know about. I am sure the audiences will be impressed by the efforts put in by the entire production team. Moreover, I strongly believe that people are always looking for interesting and fresh subjects.”

Despite the fact that several film offers have come knocking, Sartaaj is in no hurry.

“This was a dream role, and I have devoted several years to the movie. Frankly, I can’t wait to get back to music again. Very soon, I’ll announce a new album. Of course, I am open to films, but only those that move me at all levels,” smiles Sartaaj, who has written and composed all five songs in the film.

But would he be interested in being part of romantic-comedies being made in Punjab?

“Look, it would be unfair on my part to comment on anybody’s work. It’s for the audience to accept or reject. All I can say is that efforts should be put in to bring out the best of our rich cultural heritage,” he signs off.

Also read: Why we may be living in a darker time than Indira Gandhi's Emergency