I once complained bitterly to Shashi Kapoor: “God is truly cruel. How could he make you so immaculately handsome and make the rest of us so look so horribly ordinary?” He replied nonchalantly, “That’s not true, I actually have bad teeth.” It symbolised the man, completely at ease with himself blessed with uncharacteristic humility, hard to find in stars of his luminosity.

I remember seeing this wonderfully regal picture of a young Prithviraj Kapoor, dressed in Macedonian military attire, hand resting on his knee posing as the magnificent King Alexander - a tall strapping raw Greek God with a booming voice, gifted with blue eyes and divine good looks, whose genes generously spread across his progeny, the first family of Bollywood. Shashi Kapoor inherited his father’s legendary facial features more than his siblings, but was, however, a suave, sophisticated and leaner version, with disarmingly shy "Italian lover boy" looks.

The kind every woman tourist hopes to find round the corner, leaning against the wall on the streets of Napoli. Enough and more has been written about the spell he cast on women across the firmament but less about the boys of my generation who yearned to look like him, struggling to mask our envy. He had that effect on people! My serendipitous tryst with his wing of the family, started innocuously as a corporate sponsor supporting Prithvi Theatre, when I ran the iconic telecom company, Orange. Shashi Kapoor inherited his father’s passion for theatre and kept Prithvi Theatre alive, which the patriarch had founded. His destiny drew him to Shakespeare thespians, the Kendalls leading him to an extraordinary lifelong partnership with his wife Jennifer.

Jennifer Kapoor’s unforgettable roles as a lonely aged widow in 36, Chowringhee Lane and the hapless mother in Junoon (ironically protecting her daughter from the obsessed character played by Shashi Kapoor), left a lasting impression on us in our youth, sparing us the travails of the usual fare that was being dished out and introducing us to serious cinema.

I am told that he took up commercial cinema to support the meagre returns from running the theatre and that in his early days he was inspired by his flamboyant brother Shammi Kapoor’s mannerisms, later settling into his own arresting style.

I found Prithvi Theatre a unique cross section between theatre and cinema. It was a nursery for budding stage actors who honed their skills there eventually achieving exalted status at Bollywood. It was therefore not unusual for successful cine artistes to return and perform again there, to satiate their true calling. Artists, playwrights, lyricists often thonged its venerable verandahs paying homage to their roots. Shashi Kapoor passed on the baton to Sanjna and Kunal, who have, at various stages, waged furious battles, armed with exceptional will and determination to keep the embers warm. The family led by Shashiji was pugnacious as it zealously guarded Prithvi’s institutional purity, sheltering it from the prying temptations of commercialism.

Later, I became a fan myself, completely smitten and seduced by Prithvi, not hesitating to undertake arduous journeys from my home at Colaba all the way to Juhu, surrendering to its theatrical allure and drawn by the unconditional affection that Shashiji showered on me. I was mesmerised by its "drawing room" drama atmosphere, sophistication of acting troupes, lazy Sunday coffee afternoons and the enchanting Prithvi festival.

I was always privileged to join him at his corner table surrounded by his friends and family, where he regaled us with stories and anecdotes not failing to feed us generously.

One day at his home, he dished out a magnificently authentic Peshawari meal cooked by the family chef, a throwback to his childhood, with a delectable spread and big-heartedness, that one has come to associate with the blue-blooded Kapoor Khandaan.

I only met Shashiji, personally the first time, at a stage, when he had long stopped facing the rolling cameras and romancing nubile nymphets on the screen. Age had not diminished his aura. His magnetism was truly intoxicating like the proverbial "good old wine". My mother often found it hard to choose between him and Dev Anand. I expected him to speak mostly in his inimitable English having seen his Shakespearewallah but he chose to speak always in "tehzeeb se bhara hua" Urdu even addressing the youngest of his ardent tribe of female fans decades younger, with an "aap", offering glimpses of a bygone romantic era. 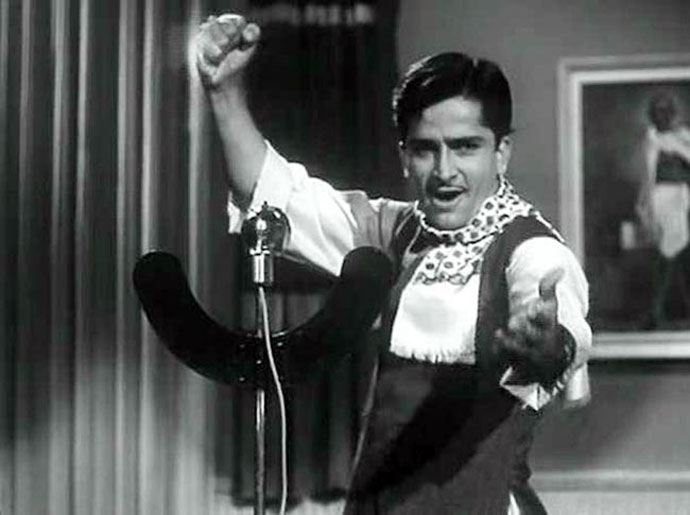 I am amazed, overwhelmed and grateful, all at the same time, watching the scale of the public outpouring of love and adulation, for a man who shunned limelight. His eulogies have been deeply sentimental and touching, underlining his charm. He was either a man who had no clue of the wondrous gifts he possessed almost apologetically, or was just the most grounded human being. To my mind, the truth lies somewhere in between.

There could have been many better actors, many good looking too, and wealthier stars, but few would dispute that in Hindi cinema history, Shashi Kapoor holds an unassailable position with the line of the century "Mere paas maa hai!".

Fans of celebrities often have a one-way relationship with their idols, mine panned out a bit differently. I am eternally grateful to him and his family to give me a place in their book Prithviwallahs, which is now part of my family heirloom.

My eyes are moist, as I pen the last line of this tribute to an actor who was a gentleman first! Cliched as it may seem, they don’t make them like that anymore.