Sivagami is the grandest loser in Baahubali

She is a woman of substance, integrity, and wisdom. She is opinionated and stands up for what she believes in. She is a fiery warrior to be reckoned with. She wields power that is overwhelming and unmatchable. She is a profound leader, extremely compassionate about her people.

She is the epitome of justice. She is Sivagami.

She rose from the ashes of vengeance after her father was executed and dubbed a traitor by the Mahishmathi kingdom. She rose to power and respect; to excellence and adulation as the Maharani of the very same kingdom. She then falls. And, she falls high.

Sivagami is undoubtedly the central and the most powerful character in the epic movie franchise, Baahubali. All through the franchise and its prequel novel, "The rise of Sivagami" she is the one who drives the story and decides the fate of all the major characters. 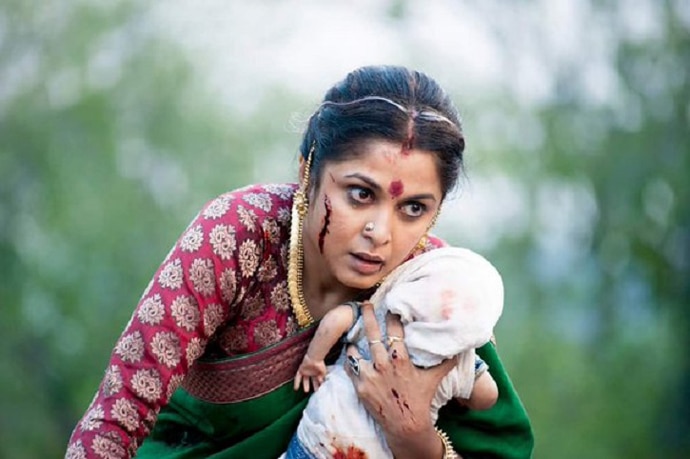 Sivagami: She is the epitome of justice. Photo: YouTube

In both the novel as well as the movie, Baahubali 1: The Beginning, she is shown as the "woman of valour". However, her character was ruined with Baahubali 2: The Conclusion. She is portrayed as a woman of power, but the fact is she is effectively driven by her ego and anger. She ends up doing everything that she had once fought against.

When she was as young as five, her father was branded a traitor and cruelly executed by the king of Mahishmathi. All her life, she wanted to destroy the kingdom, and during the course of the film, she finds a way to clear her father’s name.

She then goes on to become the Queen of Mahishmathi. Fast forward to 40 years and her foster son, Baahubali, who is her protégé, is branded a traitor by the king of Mahishmathi. She is now not helpless or powerless. She is the Rajamata of the kingdom. And what does she do? She puts her intelligence and wisdom to rest and hatches a plan to assassinate Baahubali – not much different from her father’s execution.

During the battle between the Kalakeyas and Mahishmathi, the king of Kalakeya offers Sivagami to let him take over the kingdom of Mahishmathi and have a child with him. Her sons – Baahubali and Bhallala Deva are enraged at the insult of their mother, but she doesn’t lose her cool.

A year later, when a woman’s modesty is outraged in her own kingdom by its Commander-in-Chief, she comfortably perches on her throne while the victim – a pregnant woman – is confined in chains. How can she guarantee safety to the common woman of her state when even a member of the royal family is unsafe?

While looking for a bride for Baahubali, Sivagami asks the ministers to look for a woman of impeccable character, and when she finds one, she chooses to change and instead focuses on the ostentatious. Or, did they intentionally diminish her character so as to elevate that of Baahubali's wife, Devasena? Photo: YouTube

Or, was she insecure of another equally strong woman? Did the makers draw inspiration from the saas (mother-in-law) in Ekta Kapoor shows?

Or, did they intentionally diminish her character so as to elevate that of Baahubali's wife, Devasena? She takes the decision about Devasena’s marriage with Bhallala Deva without even asking for her consent. In fact, when Devasena refuses to marry him, she orders the guards to arrest her. Is this the dharma she taught her children? Is this the rich heritage of Mahishmathi she was boasting about?

Sivagami remains one of the most iconic and powerful female fictional characters in the history of Indian cinema. It had more potential to grow and would have been better off without the makers falling to gender stereotyping.

But alas, Sivagami's strength has been compromised just for commercial interests — to somehow get Baahubali assassinated by her command.

They could have still done so, with a better shade to the character than ruining it altogether. They can’t just walk away by giving Sivagami the petty “It’s my Paap (sin), and this is how I redeem it” position.

Also read: Baahubali 2 doesn't do a disservice to women as the first one