She died too soon, but her amazing oeuvre leaves us a treasure trove of cinematic brilliance.

To say that Smita Patil was one of the brightest female stars of the late 1970s and early 1980s would be a gross understatement. She was the consummate new cinema actor who could play the complex role of an actress physically and mentally abused by her husband in Bhumika (1977) or be an unapologetic part of popular films such as Namak Halaal (1982) where she’d be a natural at prancing around in the rain singing "Aaj Rapat Jaaye" with the Amitabh Bachchan with equal ease. In fact, amongst the handful of Indian actors who could find themselves at home in any decade and any kind of cinema with just about any filmmaker, Patil’s name would be one of the first to pop up and had death not robbed us of one of our greatest actors, Patil, today, at sixty, would have only become greater still. In a career spanning only 12 years, Smita Patil touched glories that take a lifetime to achieve.

Great is an honorific that is far too readily, and even easily, attached to anything that is halfway decent. It’s a testimony of the times that we exist in where a couple of hits or a string of medial performances are enough to warrant greatness. But in Smita Patil’s case it’s a claim that has not only been rightfully bestowed but also in one of those rare instances, felicitously bequeathed. For an actor who has been dead for almost three decades now, which incidentally is also half of what her age would have been had she been alive, Patil left such an impression on the hearts and minds of the audience that very few actors both living or dead have managed to replicate.

In a career spanning a little more than a decade, Patil worked in over 80 films, won two National Awards, one of them for Bhumika at the age of 21, making her one of the youngest recipients; a Filmfare (Chakra (1981), which also fetched her a second National Award) and was directed by filmmakers as varied as Shyam Benegal, Govind Nahilani, Satyajit Ray, Mrinal Sen, Ramesh Sippy, BR Chopra and Raj Khosla. Her performance in Mirch Masala (1987) continues to remain a master class in acting and it’s hardly surprising that it was voted as one of the 25 Greatest Acting Performances of Indian Cinema in the centenary year of Indian cinema.

Patil’s acting and her real life commitment to myriad social issues such as women’s rights, she was a member of the Women's Centre in Mumbai, often amalgamated and perhaps this was the reason why her commitment to both reel as well real was unfeigned.

An alumna of the Film and Television Institute, Pune, Smita Patil belonged to the golden generation of trained actors who were a part of the birth of India’s parallel cinema movement. Like the other great actress of her generation Shabana Azmi, Patil, too, went beyond the new wave when she forayed into the world of popular cinema but unlike Azmi she took a while in committing to commercial cinema. Azmi struck a fine balance between the two worlds, but Patil initially was far more dedicated to smaller cinema. 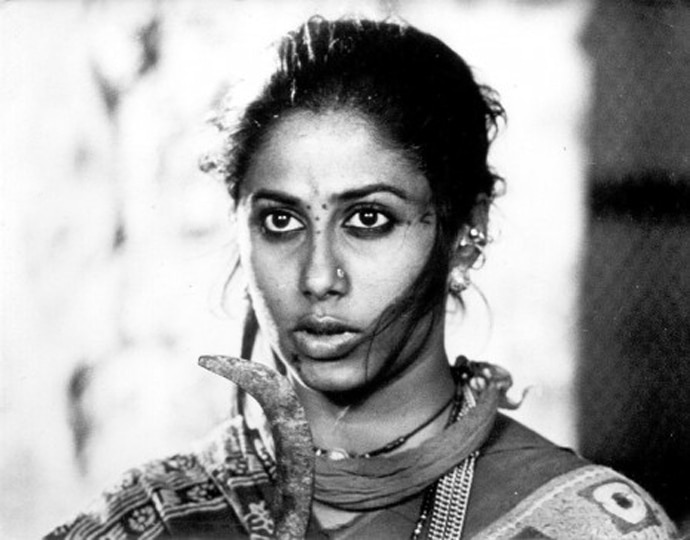 Remembering Patil on her 15th death anniversary Monojit Lahiri mentioned how Patil felt let down when the very cinema she devoted herself to opted for more saleable names once the whole movement picked up around 1977-78. Lahiri quotes Patil, “this was a very subtle thing but it affected me a lot”, and added how the actor decided to make a name for herself and took on whatever came her way. Once Patil went commercial with Shakti (1982), a film she accepted largely for the opportunity to work with Dilip Kumar, Amitabh Bachchan and Rakhee, there was no looking back and with just a few films she created a special place for herself in the eyes of the trade as well as fans. Although she enjoyed doing commercial films for the big money that it offered, she knew this wasn’t a setup that made her feel at home. She found the unnatural mode of making them an insult to the individual inside but she never made a tamasha about doing such cinema in spite of her reservations nor did she ever denigrate the people who were a part of it.

Perhaps Smita Patil was cut from the same fabric as Waheeda Rehman, the other great from a couple of generations before her, who, like Patil, was relegated to be second to Nargis or Meena Kumari even though her body of work far outdid most. Many a times cinema witnesses artists come in pairs like Satyajit Ray and Mrinal Sen, Naseeruddin Shah and Om Puri, Shabana Azmi and Smita Patil that inspire and push each other but often one of them is preordained to remain in the other’s shadow. Patil’s untimely death may have added an extra veneer of greatness to the actress when compared to Azmi, who often ended up walking off with more critical acclaim in the films the two worked together.

Patil’s premature death might have made her untouchable but at the same time also subtly changed the trajectory of Azmi’s career by pushing her to a venerable position as an actor before time thereby depriving her of challenges. Patil got enough accolades for her role in Arth (1982) and she believed that hers was a far more nuanced character to play than Azmi’s but wasn’t too satisfied with the way the roles were tinkered around midway. 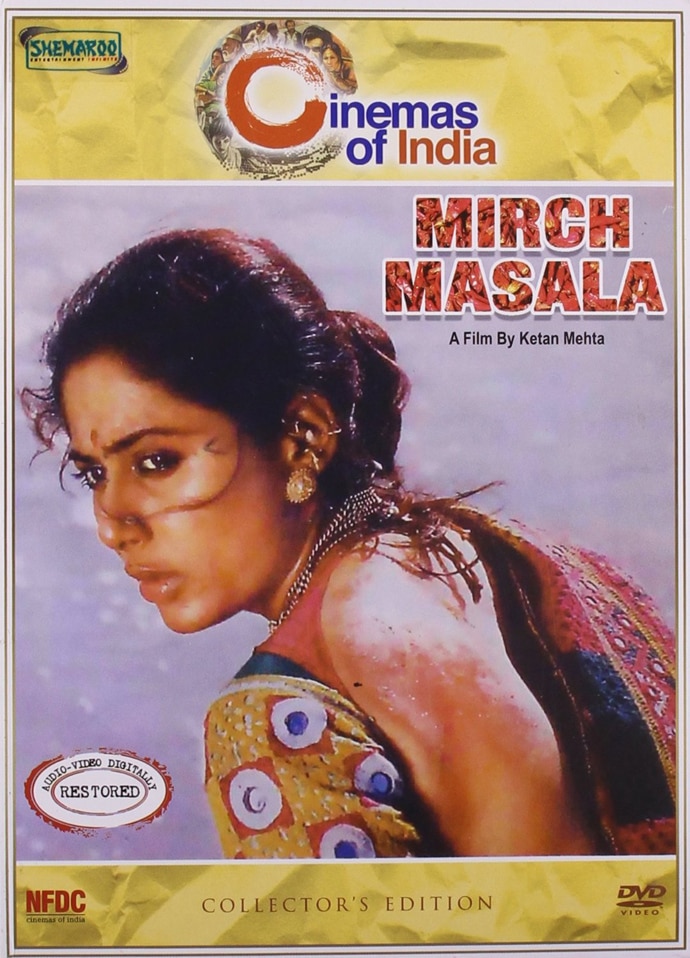 A DVD cover of Mirch Masala.

Patil was more adept at handling popular film outings and between the two she was the first port of call for commercial filmmakers when it came to playing layered characters. She could play the elderly love interest to men who were drawn to Lolita esque teens in Anokha Rishta (1986), she could play the silent pillar of support to her former husband whose daughter was fighting cancer in Dard Ka Rishta (1982), she could play the concerned sister of an alcoholic lawyer in Thikana (1987), a princess who wanted to break away the cast barrier in Ghulami (1985), she could play the hardened mother who wouldn’t rest till her son avenged his father’s murder in Kasam Paida Karne Waale Ki (1984), a woman whose husband abandons her for her younger sister in Akhir Kyon? (1985), and in one of her final films, Waaris (1988) she played Paro, a widow, who gets her elderly father-in-law remarried for an heir to save the ancestral land.

There are two types of rebels. One variety makes a huge ruckus about the manner in which they change the order of things, while the other kind is the silent ones whose actions end up making the loudest of sounds. Smita Patil belonged to the latter and in her roles millions of women found an icon mirroring their own trials, joys and struggles and a search for an identity.

Smita Patil died due to complications following childbirth on December 13, 1986, at the age of 31. In just a decade in cinema she showed streaks of brilliance and in that short period did roles that sometimes take a lifetime to come along. Her characters garnered praise and attention and not the reverential kind that often take away the freedom from actors to push themselves further.

#Parallel cinema, #Bollywood, #Smita Patil
The views and opinions expressed in this article are those of the authors and do not necessarily reflect the official policy or position of DailyO.in or the India Today Group. The writers are solely responsible for any claims arising out of the contents of this article.