Story behind Deep Purple's 'Smoke on the Water'

On December 4, 1971, one of the greatest rock bands in the world, created a classic out of fire.

It’s a sun-drenched day at Montreux. We lunch on the perch freshly caught from Lake Geneva and marvel at Freddie Mercury’s bronze statue occupying centerstage at the lakeside promenade, not far from where we sit. Queen had recorded seven albums in Montreux. Mercury was so taken by the beauty of the town – the sheer magnificence of the mountains and the magical glassiness of its lake waters – that he had made it his home. In fact, the town is the Mecca of music. The Montreux Jazz Festival, brainchild of music promoter Claude Nobs, has attained an iconic status. The festival, held annually, attracts famous singers, musicians and composers. Bands have named songs after Montreux, such as Led Zeppelin’s "Bonzo’s Montreux" from Coda and The Dubliner’s "Montreux Monto" from Live at Montreux. Queen’s "A Winter’s Tale" from Made in Heaven was inspired by Montreux when Mercury was staring out the windows of his hospital in the last days of his life.

But Montreux is best known in the world of music for other reasons. “If you want peace for your soul, go to Montreux," Mercury had told the singer Montserrat Caballé, at the Barcelona Olympics. Montreux has been immortalised for events that have nothing to do with peace - involving fire, smoke, destruction, close encounters with death and injury, an abandoned rock concert, the re-scheduling and re-locating of an album recording by a classic rock band, and a song describing all of the above. On December 4, 1971, a fire broke out at the Montreux Casino during a concert by Frank Zappa and the Mothers of Invention. Zappa was performing "King Kong" – about eighty minutes into the show – when, during Don Preston's synthesiser solo, someone from the audience shot off a flare gun. The flare hit the wooden roof and the fire quickly spread.

Zappa had the presence of mind to tell everybody to head calmly toward the exits. "They were very organised," Zappa said in an interview shortly after the fire. "I was just lucky that many of the fans were able to speak English, because I didn't know what to say to them in French." The concert hall had big bow windows overlooking the swimming pool. Zappa took his guitar and smashed the big window down. A lot of people went out through that exit. Montreux Jazz Festival organiser Claude Nobs also did his bit by joining firefighters to race in and out of the venue, dragging concert-goers to safety. "No matter what we get out of this/ I know, I know we'll never forget" sang Deep Purple.

Given Zappa’s reputation for the eccentric in his live shows, many people watched the fire thinking that Zappa was just doing an incredible ending to his show.

Shortly after everyone had got to safety, the fire reached the building's heating system, causing an explosion. Miraculously, no one was killed in the blaze. Most injuries were minor cuts and burns, with only a few people going to the hospital. But the Casino was completely engulfed in flames, and all the band's equipment was destroyed.

A recording of the outbreak and fire announcement can be found on the Zappa bootleg album titled Swiss Cheese/Fire!. Deep Purple, one of the greatest rock bands in the world, was in Montreux to record its next album at the Casino. They had rented a sound truck from the Rolling Stones. Staying in a hotel across the water from the venue, the band watched in horror as the Casino caught fire. When the fire died down, a layer of smoke had covered Lake Geneva. The image of the smoke billowing out across Lake Geneva gave bass player Roger Glover the idea for a song title: Smoke on the Water, though he had doubts about the title because it sounded like a drug song. 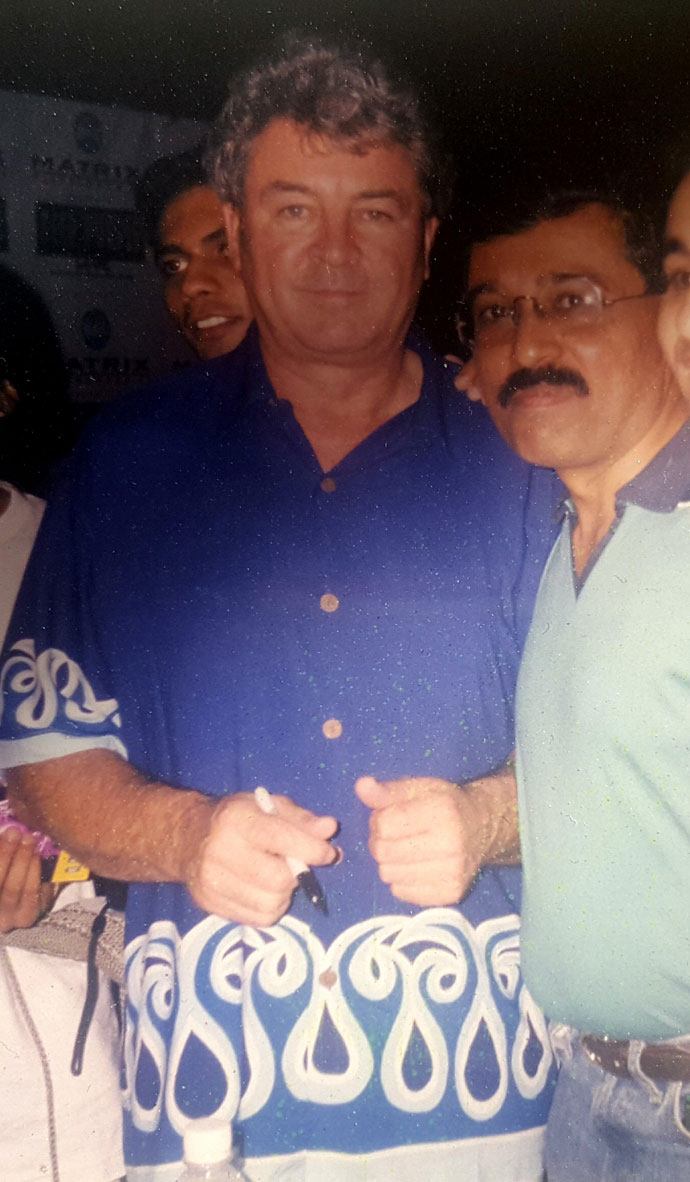 The band put together the song using singer Ian Gillan's lyrics and guitarist Ritchie Blackmore’s riff. The song became part of the Machine Head album (1972). Left with an expensive mobile recording unit and no place to record, the band was forced to scout the town for another place to set up. They found a local theatre called The Pavilion, but soon after the band had started recording, the neighbors took offence at the noise, and the band was only able to lay down backing tracks for Smoke on the Water before the local police shut them down.

Finally, after about a week of searching, the band rented the nearly-empty Montreux Grand Hotel where they laid down the tracks of the songs. The recording sessions took place from December 6-21.

The song tells the story of the fire and its aftermath.

We all came out to Montreux

On the Lake Geneva shoreline

To make records with a mobile

We didn't have much time

Frank Zappa and the Mothers

Were at the best place around

But some stupid with a flare gun

Burned the place to the ground

Smoke on the water, fire in the sky

Every word of the lyrics is a factual part of the account.

The band members have said that they did not expect the song to be a hit. However, a year later, the song climbed hit parades all around the world and perpetuated itself as one of the greatest rock hits of all time. Blackmore's guitar riff - Dun dun DUN. Dun dun DUN NUN. Dun dun DUN. DUN dunnnnn - was being copied by every cover band and guitar-playing teenager.

The worldwide impact of the song was huge. It has appeared in events, in video games, television serials. It got covered by several bands. It became a centerpiece of Deep Purple's live shows. I have had the good fortune of seeing Deep Purple live in 1995 and 2001. Steve Morris had replaced Richie Blackmore as the guitarist. The band’s repertoire was of course outstanding but what brought the house down was this institution of a song. Deep Purple again returned to Montreux in 1973 to record "Burn". Thankfully, there were no incidents this time though the album title seemed to be tempting fate. The Montreux Casino was reopened in 1975 and it honoured the song by displaying notes from the riff as decoration on its balustrade facing the gambling hall. There is also a sculpture along the lake shore with the band's name, the song title, and the riff in musical notes.

The song ends with the following lines:

No matter what we get out of this

The band may never forget the bizarre happenings in Montreux. But by creating one of the greatest classics of all time, they have also ensured that the song will never be forgotten!

#Deep Purple, #Montreux Jazz Festival, #Smoke on the Water
The views and opinions expressed in this article are those of the authors and do not necessarily reflect the official policy or position of DailyO.in or the India Today Group. The writers are solely responsible for any claims arising out of the contents of this article.