[Book extract] I had to discover in articles and from friends just how brilliant a batsman he was before the injury.

I’ve always thought Abba’s story should be told. Even when he was alive I would often ask him if he was going to write an autobiography. “The truth can never be told,” he liked to say mysteriously, “and I will not lie.” I soon gave up trying to figure out what he meant – he liked to speak in code –  I suspect in order to deter conversation as much as possible, except for the very persistent.

I did not persist then, but after he passed away, I have learnt so much more about him –from obituaries, personal stories, letters written to my mother from friends, colleagues and admirers. I have wallowed in those words of tribute and praise and felt privileged to be loved so dearly by one loved dearly by so many. Soha says her father had an incredible vocabulary but he didn’t believe in wasting words. Photo: India Today

My strongest memories of Abba are all lying down – his favourite place in the world was at home in his den in front of the picture window, overlooking the trees and birds, propped up on a gautakiya reading a book and having his feet pressed by Gyaasuddin, his loyal man Friday.

Whilst my mother, my brother, my sister and I travelled the world making films and speeches, giving and receiving awards, caught up in hectic schedules, you could always count on him to be at home by the landline, solid and dependable as a rock. He had a love-hate relationship with the phone – insisting on sitting practically on top of it and yet frustrated by the sound of it ringing. As a sixteen-year-old girl, you can only imagine how mortifying it was to have your friends call home asking to speak to you and for the grouchy man on the other end to hang up on them with a curt “no”. His ownership over the single landline with the infinitely long extension cord continued even after he went to bed, with the fastening of a lock on the dial pad. 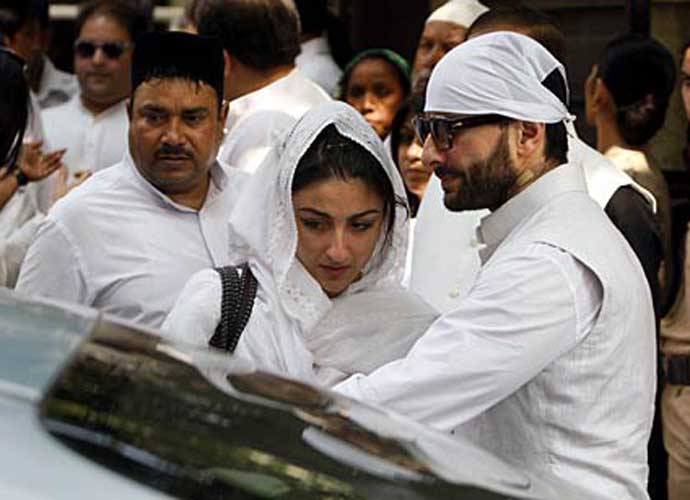 He had an incredible vocabulary but he didn’t believe in wasting words – and so it was to be for us! Abba didn't like to talk about the setbacks in his life. If I asked him about his father, he would say he didn’t remember him very much. If I asked about his eye, he would brush it off as “a bit of bad luck”.

I had to discover in articles and from friends just how brilliant a batsman he was before the injury. He had already earned himself a bit of a reputation in school as a natural cricketer, graceful and lightning quick in the field. In fact Badi Amman decided to employ the English professional cricketer, Frank Woolley, who had been Sarkar Abba’s coach, to train Abba when he was only twelve.

She would attend each of these coaching classes and watch attentively from afar. She soon noticed that for the most part Woolley was just standing to the side watching Abba practice in the nets. After multiple sessions of much the same, she finally went up to him to gently remind him that he was being paid handsomely for his instruction. Woolley looked at her and simply said, 'I wouldn't change anything. I wouldn't change anything at all.”

Also read: Who decides vulgarity in my Bhojpuri songs? Kalpana Patowary on the hate campaign against her

Post your comment
#The Perils of Being Moderately Famous, #Tiger Pataudi, #Soha Ali Khan
The views and opinions expressed in this article are those of the authors and do not necessarily reflect the official policy or position of DailyO.in or the India Today Group. The writers are solely responsible for any claims arising out of the contents of this article.

Soha Ali Khan is an actor and an author.