Wimps of the Year! The regressive female characters in Karan Johar films are getting so boring, even the audience doesn't care

In 2001, Poo was introduced with a make-up montage — a pink-clad Kareena Kapoor (now Khan) wakes up in a pink bedroom amidst pink pillows and pink cushions and goes about her morning rituals. All while pop music blasts your ears.

In 2012, Shanaya had a similar introduction — a song about Alia Bhatt’s shopping adventures with fancy names of expensive designers sung to music.

It’s 2019 now — and yet, Karan Johar and his supposedly 'strong' women characters have just not evolved.

Yes, it has been said several times before — Karan Johar, under the garb of creating strong female characters, actually serves you the most regressive bunch you could possibly imagine — but it hasn’t been said enough.

And given the way the audience is reacting to Student Of The Year 2, it seems we need to reopen that debate. There's room only for nice girls in KJo-land! (Photo: YouTube screengrab/Student of the Year 2)

Mia or Mridula (Tara Sutaria) is a small-town girl who dreams big. She is almost ruthless and conniving when it comes to making it to the top. She wants security in life, and she will achieve it one way or another. Right at the beginning of the film, she is shown ‘moving on’ from Rohan (Tiger Shroff) without so much as offering an explanation. After much wooing (read: realising that Rohan is, after all, a bankable shoulder), they get back together. Ruthless, bitchy, if you may, but in character.

Midway into the film, she jumps ships, leaving Rohan in the lurch for Manav, a millionaire’s son. Again, justified. Hate her if you may, but she is driven by one thing and one thing alone — the desire to secure her future.

But KJo couldn’t keep that ruthlessness up. Girls HAVE to be docile and polite, love HAS to trigger a change of heart, and thus, we MUST end up with a character that is akin to a pendulum — endlessly swinging between two points, unable to decide between one good-looking boy and another.

Really? That’s all the dilemma a woman has to face in life? Boys, make-up, fashion — are we really this shallow or just a convenient subversion, so that the men around us can shine on? 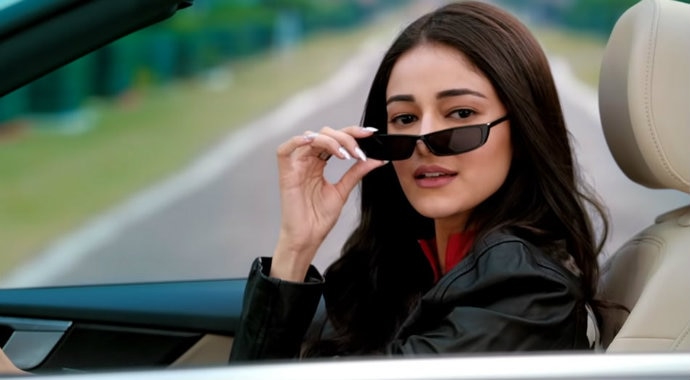 What priorities? I'm in love, right? (Photo: YouTube screengrab/Student of the Year 2)

Shreya (Ananya Panday), on the other hand, is a bigger disappointment, simply because her character was given some angst to help the characterisation. She’s grown up believing that she is bad luck because her mother died giving birth to her. She’s been raised in a dysfunctional family where her birthdays are for mourning, while her brother gets a lavish shindig at daddy’s nightclub.

Understandably, she wants to get out — and dance is her escape.

For the most part, Shreya is in character — until it's time for the men to shine again. She then politely takes a step back, forgets about her dreams and aspirations, and makes Rohan’s her own.

She wanted nothing to do with the Student Of The Year competition. Her dreams were beyond that. So, what happened to them?

We’re waiting for the men in KJo movies to change their priorities for once, instead of looking at a band of female characters spanning over several decades who’ve simply been moulding themselves to fit into the men’s dreams.

That is just plain regressive, Karan.

Could KJo take into account the changing audience please?

Could KJo spend some more money in scripting — just maybe take it off the clothing budget?

Could KJo perhaps wake up and smell the coffee he’s been serving so graciously all these years?