Iconic actress. Famed beauty. Subject of a thousand fables. And mother to actor-turned-Trinamool neta Moonmoon Sen. A Tribute to Suchitra Sen, the grand “Mahanayika”, on her 88th birth anniversary.

She cannot just be described as a beautiful face.

Her entire personality exuded a mystical and enigmatic aura that gave a very special dimension to her life as an artiste. Suchitra Sen acted for 26 years, after which she led a reclusive life for 36 years before she passed away in 2014. She gracefully retired from films in 1978 and never returned to the world of glamour and fame. This decision could have been taken only by a wise, strong and refined person like this regal “Mahanayika” — who acted in 52 Bengali films and some Hindi films which brought her unique beauty and talent to audiences of the world of Hindi cinema.

Today, (April 6), on her 88th birth anniversary, this is a tribute to her immense and vital contribution to Indian cinema. 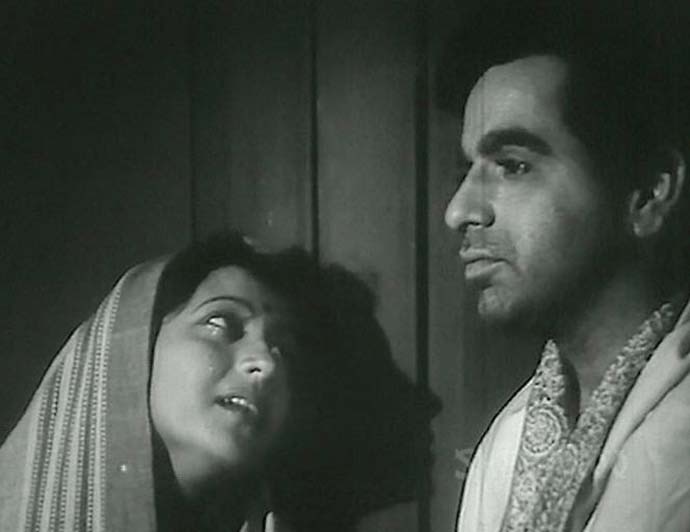 She entered Hindi cinema in 1955 (at the age of 24) when the great director Bimal Roy thought of casting her as Parvati (Paro) in his film Devdas, based on the famous novel of the same name by Sarat Chandra Chattopadhyay. The film was a great hit. It has always been felt that if Dilip Kumar was the perfect choice for playing Devdas, Suchitra Sen was also born to play Paro’s role.

Simple and sophisticated, beautiful yet unassuming — Sen effortlessly lived this tragic role. Till today, it is the general consensus that the best screen version of Devdas is the one made by Bimal Roy. Sen made a wonderful start in the Hindi film industry with this classic. However, she never thought of shifting from Bengali cinema. She had established herself strongly there with Sharay Chuattor (1953) opposite Uttam Kumar with whom she went on to act in 30 more films that made them the iconic pair of Bengali cinema which they took by storm. He was the “Mahanayak “ and she the “Mahanayika” and they shared a deep bond of friendship. Mesmerised by her majestic beauty, audiences did not miss her exceptional acting talent though. Her remarkable intense gaze is what one notices in all her films — her eyes could talk extremely well and even where there are no dialogues, her very presence and expressions do all that is needed. The spiritual dimension of her personality comes across strongly on the screen and makes each of her roles very special. Whether she is Paro or Maya (Bambai Ka Babu), Deviyani or Suparna (in Mamta) or Aarti Devi in Gulzar’s Aandhi, Suchitra Sen fitted perfectly into each role. Her voice had a depth and quality that added to her acting. 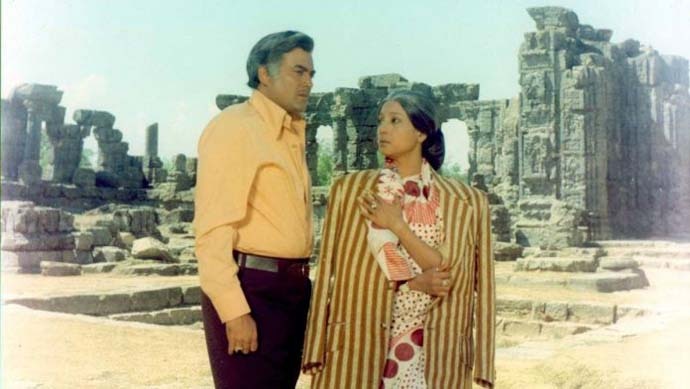 Matching every step: The stalwarts Suchitra Sen and Sanjeev Kumar in a still from Aandhi. (Photo: YouTube screengrab)

In Bambai Ka Babu, she played a difficult role with great ease. She was supposedly the sister of Babu (who is pretending to be Kundan). This role was played by Dev Anand. Babu falls in love with Maya whose brother he is pretending to be. This leads to some scenes where there is an ambiguous feeling of incest as till this time, Maya does not know that Babu is not actually her long-lost brother.

In Aandhi, she matched each expression of Sanjeev Kumar, one of the finest actors our industry will ever have — it was a pairing of two stalwarts. Sen has been called the “Madhubala of Bengali Cinema”. This is not quite fair as she need not be compared to Madhubala. However, both were undeniably among the most beautiful women in the world.

Each song is a gem.

Sen’s name before she married and joined films was Roma Dasgupta. Director Nitish Roy gave her the screen name 'Suchitra'.

She famously refused an offer by Satyajit Ray as she did not have the dates. She also refused to work with the great showman Raj Kapoor.

Suchitra Sen lived life on her own terms — following her heart. In 2005, she was to be bestowed with the highest honour (Dadasaheb Phalke Award) — which she declined. She remained an enigma till the very end of her life.

An air of royalty and mystique surrounded her. This can be felt in her roles too. As if there is something more we need to know about her.

The legend will live on.

Post your comment
#Satyajit Ray, #Bimal Roy, #Sanjeev kumar, #Manoj kumar
The views and opinions expressed in this article are those of the authors and do not necessarily reflect the official policy or position of DailyO.in or the India Today Group. The writers are solely responsible for any claims arising out of the contents of this article.