Sunny Leone on why women read romance and erotica

My book 'Sweet Dreams' has stories with an Indian perspective and that's kind of where we're testing the waters.

I've been approached a number of times to write a biography, but there's so much more for me to do before I tell my own story. I don't think it is time for that yet.

Writing the stories was certainly more difficult than I'd thought. I had to write the stories in a very limited timeframe. I got barely three months and I found myself writing everywhere I was - in the car, on a plane, at home here or LA! It was the first time I was doing something like this; I wanted it to be good and wanted to take my time with it because I was putting myself out there on a new platform.

I think initially the audience for these stories is likely to be my existing fan base and predominantly male. But I would really like to cater to women. Of the 12 stories, a lot of them are from a woman's perspective. All are set in different zones, across rural and urban India. Each caters to a different kind of desire, from one-time encounters to pure fantasy. I think the one titled "Cinema Hall" would appeal to women. It's one of the more romantic ones. 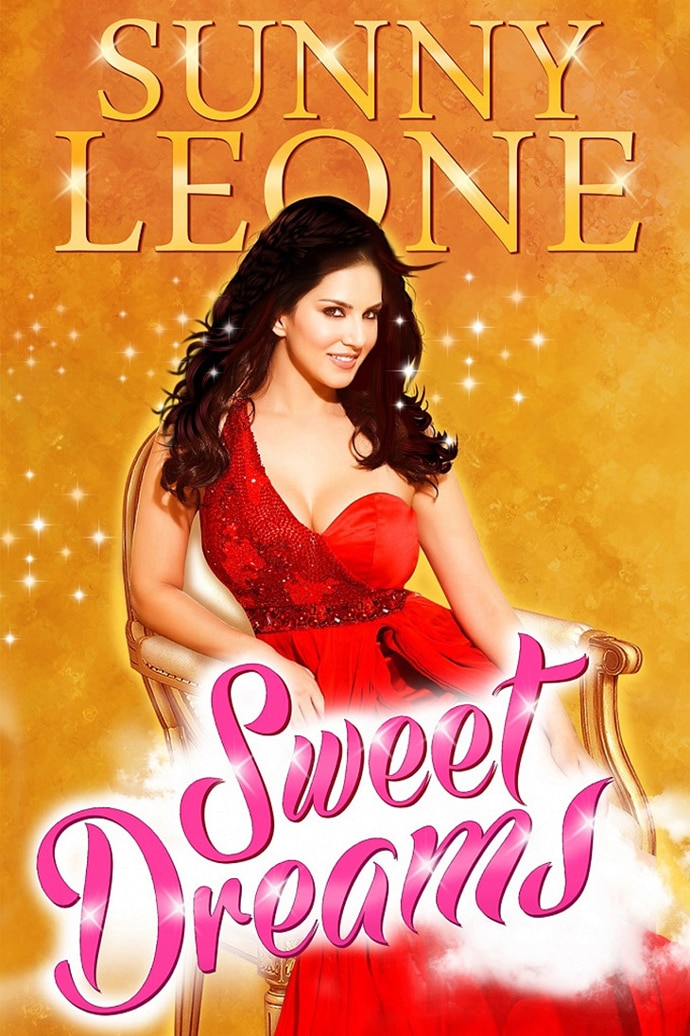 Sweet Dreams is exclusively available on the Juggernaut app.

Making them all different was a challenge in itself. If they all fall into the same zone it's not interesting anymore. Especially because of the way we're releasing them - one story each night. If someone actually reads one story each night, it shouldn't be a mundane experience for them.

I don't read a lot of erotica myself. The only one I read was Fifty Shades of Grey and I giggled in a corner like a little girl through most of it! I found it interesting, but what I really enjoy are stories about twisted, weird characters like Girl With a Dragon Tattoo or family-oriented, saas-bahu type stories.

Erotica I think is quite a big trend here already. Women love romance novels and love escaping into this world of romance and eroticism. We love visualising different encounters. We might all think about it, but do you have the guts to actually do it?

I guess living your fantasies through a book or short story is easy. I think when Fifty Shades of Grey came to India, what I found interesting was that it was the first-time erotica was socially acceptable here. It was okay for women to read this story. No one was going to judge you or make you feel bad.

Sweet Dreams has stories with an Indian perspective and that's kind of where we're testing the waters. For now, we're doing translations in Hindi too.

I would like to cater to people from smaller towns too. I don't know if this happens or not, but in my mind, this is how I picture it: a person from a smaller town, who is not exposed to the things we're exposed to, is more respectful of culture, of family boundaries and rules.

Fantasising about someone he is attracted to is a natural thing to do, but that's where he limits himself. I've explored this in "Cinema Hall". But then I've also examined the modern space, like at a call centre where you work with someone you find attractive. It might not be because of their looks, but also their authority, power. The woman in this story, "Call Centre' totally takes over. I think it would be totally natural for someone in an authoritative space to make the first move, where the other person may be too shy to.

If readers can visualise what I've written, I have succeeded. I definitely want you to have visuals. The reasons why books became favourites are because they have allowed you to imagine the world they're set in.

The women in the stories are often dark-skinned, with voluptuous bodies. That's because most women in the world are not a size zero, they're curvy and beautiful. We're all different shapes and sizes and we should embrace our bodies for what they are. Besides, I think dark skin is gorgeous, it looks so much nicer! It's ironic how everyone in the US is trying to get tanned and Indians are obsessed with getting fairer.

The first story I wrote, "7E", took me the longest. We went back and forth on a number of ideas. I was trying to figure out how we should portray the woman. After I finished that first one, it was much easier.

I really wanted it to not be just about sex. I wanted to see romance and fantasy, and have also written about someone who loves her husband so much that although they can no longer be together, she somehow manages to reach out to him in her dreams.

Whether I write more stories in the future depends on how this goes. I think it's a bit different from when you shoot a movie. You're conditioned to the fact that a film may or may not work. But this is brand new territory. I think it's far more personal. I'm very nervous to see what people are going to say, how they like the stories.

Everyone is entitled to their own opinion. But they must remember, this is not real, it's fiction - just like any other book you pick up and read. You can judge, but not in terms of reality. These are just stories. Sometimes people forget that, especially when they're judging people in entertainment. But everything is fake. The only thing real is the conversation we're having right now.

(As told to Moeena Halim.)

#Women, #Erotica, #Sweet Dreams, #Sunny Leone
The views and opinions expressed in this article are those of the authors and do not necessarily reflect the official policy or position of DailyO.in or the India Today Group. The writers are solely responsible for any claims arising out of the contents of this article.

The writer is an Canadian Bollywood actress and model.