It is time the filmmaker of 'Tanu Weds Manu Returns' realised that stalking is neither funny nor entertaining.

"The line between love and stalking is getting thinner day after day, don't you think?" asks my female friend after coming out of a very, very crowded theatre showing Tanu Weds Manu Returns. "One is a necessary social evil", she laughs, "the other always seen as a blessing". Later, she would be interrupted by her mother, who praises the family-friendly material in Aanand L Rai's films - "Manu Sharma, such an entertainer, Beta, Who makes such films these days! Rarely can a parent watch a film comfortably with her children"!

It is rather strange, now that I think of it, that Indian parents prefer either to keep quiet about social evils, or have easily bought into the "art" of stalking. Cut out stalking from the plot and there is little of entertainment left. Is there a link then, between stalking and what we find entertaining about it, especially in the context of romantic, unrequited love?

Would parents be entertained in the same way, had in real life, their daughters beeb stalked and threatened in the quest of a psychopathic romance? 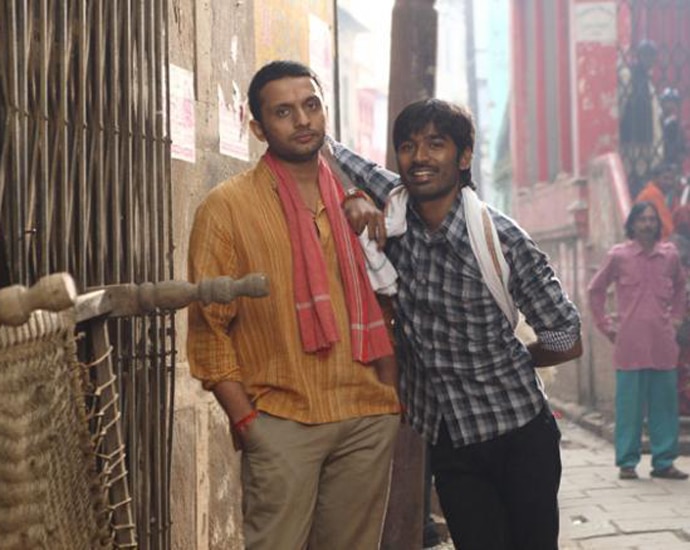 Aanand L Rai is a master entertainer, there is no doubt about it, Twitter fans say Rai has a "flair for romance". Tanu Weds Manu Returns (2015) earned Rs 38 crore in the first week, and Raanjhanaa (2013) made some millions at the box office. During the time of their releases, the whole of Lucknow and Kanpur were out dancing to the romantic tunes of these films. With a host of positive reviews and an excellent cast in the sequel to Tanu Weds Manu, Rai's current release created a lot of publicity for his former films too. This is precisely what struck me when I found interesting parallels between the romantic values of the male protagonists - Manu Sharma (played by R Madhavan in Tanu Weds Manu Returns and Kundan (played by Dhanush in Raanjhanaa). They are the passive-aggressive stalkers who view their object of love from afar, quote grand love poems, pursue them till the pursued "gives-in".

Datto, in Tanu Weds Manu Returns, is followed over and over again, from the Delhi University sports ground to DTC Buses and then in a ricksaw. She is finally enraged: "Shahabji aap humre peecha kar rahe ho!". I actually thought Datto would teach her stalkers a fantastic lesson, when she took out her hockey stick to beat up Manu Sharma and Pappi. Or, perhaps, she would have done her flawless "Woh Dekh, Kabootar" to knock him down. But No! Aanand Rai, like his usual tale telling in the film, manages to persuade Datto through Madhavan that he is indeed not following her, but her facial resemblance with his wife is more than just a co-incidence!

Is this some kind of a justification? Similarly, when Kundan jumps into Zoya's (Sonam Kapoor) ricksaw in Raanjhanaa, he slits his wrists when Zoya tells him to stop following her. But she ends up hugging him anyway, the director seems to be hinting at the power of incessant wooing and stalking here. How many women in real life would be insane to do this - smiling and hugging your stalker?

Real life stalkers idolising stalker-stars is another problem in Rai's films. When Kundan quotes Shahrukh Khan to substantiate how dedicated a lover he is, he is of course referring to films like Darr and Anjaam where the stalker's psychosexual behaviour leads to a lot of violence. In other words, when the romantic SRK shall fail in stalking, "the second way of cajoling girls in UP" needs to be employed, that of the scary SRK. The unattainable woman becomes the object that has to be threatened and owned, at any cost.

Does anyone remember Sandesh Baliga, a security guard from Australia and proud stalker of two women - one of whom he followed for a total of 18 months - who was in the news for quite sometime. He blamed Bollywood films for his psychopathy, he mentioned that he had been a Bollywood fan since childhood - which saw a kid following the growing up girl as the "only way" of wooing women successfully. Rai's romantic stalkers are adept at this - through manipulation, Manu Sharma did convincingly propose Datto for his second marriage, and meanwhile, the gloom of the film transformed suddenly into comic hilarity.

Its tough for the Indian audience to acknowledge stalking as evil, because it dismantles the conventional romantic equations they get to see film after film. Hollywood films have also, in the past, glorified stalkers in the guise of romantic heroes. Think of Benjamin Braddock in The Graduate, Cameron James (10 Things I hate about you), Edward Cullen (Twilight), the list is never ending. What is even more disturbing in this trend is a serious and dangerous issue, which is reduced to triviality. The moment a romantic hero is portrayed as a beast, all entertainment falls apart. Think again, of the abduction of Komal in Tanu Weds Manu Returns, of Bindiya who is repeatedly beaten up in Raanjhaana as Kundan and his friend pull her hair abusively and also, use her "body" to cancel Zoya's wedding. Little attention is paid to the seriousness of these events.

Incessant stalking, beating up your female friends, abducting women from the weddings, taming the woman smoking pot and containing transgression, are recurring themes. Surely, laughing at stereotypes associated with sex, relationships, family, Lucknawi/Kanpuri culture and humiliating women who transgress, doesn't constitute entertainment. And surely, Rai, with such a mainstream success, can do better.

Kangana Ranaut's rising glory and the blockbuster successes of Rai's films will overshadow these serious concerns. Not that these events are apocalyptic by themselves, but that repeatedly in Bollywood, romantic heroes intrude obsessively into the private spaces of who they woo. And this seems to be culturally sanctioned. Why is it "cool" for men to harass/threaten women in the name of "unrequited love"?

Why did so many parents find stalking so funny, entertaining and acceptable in Tanu Weds Manu Returns?

It is time Mr Rai realised that we don't need Datto's tears or Sonam Kapoor's tears over stalkers like Manu Sharma and Kundan - we need their deaths, both literally and culturally.

#Stalking, #Aanand L Rai, #Tanu Weds Manu Returns
The views and opinions expressed in this article are those of the authors and do not necessarily reflect the official policy or position of DailyO.in or the India Today Group. The writers are solely responsible for any claims arising out of the contents of this article.