How I came to hate The Big Bang Theory

Sitting on my bathroom throne, sleepily sifting through my notifications this morning (most of which were swiped into oblivion); I saw a news alert that screamed “The Big Bang Theory is coming to an end in May 2019”. I almost jumped with joy. Thankfully I remembered where I was. This was something I had been waiting for, for a while, and with almost vindictive glee, I tweeted it. But even as I did so, I did remember a simpler time when that show was something I almost loved.

In 2009, a junior from my school, who had recently moved to Delhi, introduced me to a sitcom he thought I’d like. Till then, my foray into the world of “English” television was limited only to F.R.I.E.N.D.S and sporadic episodes of The Simpsons. It was The Big Bang Theory, a show about four socially inept “nerds”, their exploits and a tonne of “nerdy stuff”. I liked it. Not because I was a huge nerd — I mean I liked Lord of the Rings and science fiction and Harry Potter, and enjoyed a fair bit of video games, especially World of Warcraft — but mostly because it was fun to see a show about people from the lower strata of the popularity food-chain, something that is not just inhabited by nerds and geeks.

I loved Leonard, the goofy “nice guy” underdog who sought the affection of a woman way out of his league. I loved Sheldon’s idiosyncrasies, even though I would hate to have a flatmate like that. Raj Koothrappali made me feel better about myself. And Howard, despite being a terrible human being, made the show funny, because you know, creepiness is delightful. The foursome getting bullied made me empathise with them. Their antics were, somehow, adorable and relatable. 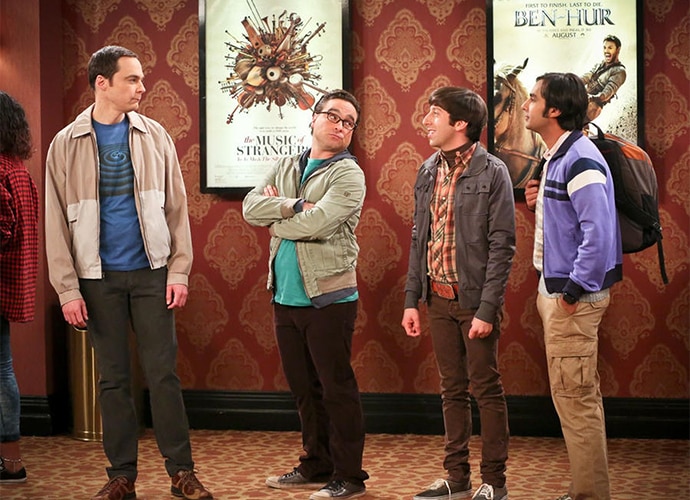 The four horsemen of the nerd apocalypse. (Photo: Screengrab)

Over the next seven years, I watched and rewatched the show (multiple times), enjoyed its memes, and even, at some point in 2012, considered having a TBBT poster in my room (thank God I had better sense). After that, however, the show became increasingly stale; at least for me. The characters did not experience much growth, the tropes were losing their gloss and most of all, the joy I once experienced seeing an Indian man on a white show had worn off and Raj’s character annoyed me beyond belief.

But I did not, yet, hate the show.

By then I had gained access to a world of good television content and TBBT just could not hold a candle to a vast variety of well-written shows that were not only funny, but also witty, thought-provoking and absurdly beautiful. TBBT, ironically, despite being about nerdy stuff and science and men of above-average intelligence, lacked any kind of brilliance.

Additionally, delving deeper into geek and nerd subcultures, I realised over time that randomly quoting Star Wars, Star Trek, DC, Marvel or Lord of the Rings was not at all how nerds behaved. In fact, a lot of the show’s premise began to fall apart in the recent years, when, with the boom of social media and internet messaging boards and the memetics of popular culture, being aware of science fiction and fantasy fiction and fawning over either did not automatically turn one into a social pariah. Being socially awkward made you socially awkward. Loving Star Wars did not. Being weird made you weird. Going to Comic Con did not.

Yet, I did not actively hate the show.

Until then, being the oblivious twerp that I am, I was somehow blind to all that was wrong with TBBT. Sure, there were obvious problems that I did figure out. The realisation that Howard was less funny and more despicable had dawned upon me, much as it did with Barney Stinson of How I Met Your Mother. I could see some pretty blatant racism in the show — terrible stereotypes associated with desis — all directed towards Raj. And Sheldon’s abhorrent behaviour towards Amy, his girlfriend, really put me off. But beyond the obvious, there was so much more that was wrong.

The first time I understood that was when I read Nikesh Shukla’s iconic essay titled “The wanking foreigner from The Big Bang Theory”. Shukla’s eloquence, describing Raj Koothrappali, cannot be paraphrased and has to be read verbatim:

“In the shitheap of sexually inept geeks, he is the bottom of the pile. While Howard fails with women, at least he doesn’t have ‘selective mutism’ when it comes to communicating with them. Raj’s worst crime, that he’s a bit metrosexual, allows the other geeks to flex their relative hyper-masculinity over him. Hating Indian food and knowing nothing about Hindu culture gives the majority white writers’ room a dodge when it comes to researching him properly. Oh, he hates his culture. We therefore don’t really need to engage with it. Other than stern parents and jokes about how Indian food causes diarrhea.” Desexualised and how. Raj Koothrappali is the butt of all the jokes. (Photo: Screengrab)

But where the essay really hits the spot is when he breaks down how Raj is a ploy to desexualise Asian men, a ploy devised by white writers, to appease “Western masculinity standards”, yet all this carefully hidden under the guise of diversity, because, hey, look, there’s now a brown person in a US sitcom!

Shukla’s essay was first in the line of many things I read about the show that made me look back and cringe. And Raj, if not the tip, was only a fraction of heap of problems that the show masked under the convenience of white comedy.

In two video essays titled, “The Adorkable Misogyny of The Big Bang Theory” and “The Complicity of Geek Masculinity on The Big Bang Theory”, culture writer and YouTuber Jonathan McIntosh pointed the underlying transgressions of the sitcom; a lot worse than just lazy writing. McIntosh points out that the nerdy “nice guy” trope juxtaposed with an almost Neanderthal-like quality in the “alpha” males blinds audiences to all manner of misogyny and creepy behaviour, because, of course, nerds are harmless. But beyond that as well, it only reinforces traits of toxic masculinity, only in a less traditionally masculine setting.

The show, stooping even further, passes of retrograde racism and sexism as self-awareness.

At every level, in every scene, in every episode, the show only attempts to make the audience see these four nerds as adorable misfits you feel sorry for. And in almost all of the instances, they are nothing more than a bunch of sexist guys who enjoy casual racism and, sometimes, even behave in a predatory manner.

I stopped watching The Big Bang Theory after that.

Well that’s not entirely true. Lying in bed, sick for a week, I did hate-watch it; and hated myself for it. But I am glad the show is ending. There is, however, no moral high-ground to be taken for not liking the show as well. I liked the show, then I got bored and then I realised how truly bad it was. And a show ending does not mean it ceases to exist. People will, like I once did, continue to watch and rewatch it. One can only hope people discover better shows and push this travesty to a dark corner in the ever expanding universe of popular culture.