Dharma of business: The roots of commerce in India

Donald R Davis Jr's book holds the key to moral economy, something the world has been eagerly looking for.

It’s a story that needs to be told — and retold — for the insight it gives into the country’s psyche.

Jawaharlal Nehru was having lunch with JRD Tata. The then prime minister, being an unswerving socialist that he was, took the occasion to hit out at India’s leading industrialist for being obsessed with making profit. Tata reminded him that the business was expected to make profit. To this Nehru’s response was astounding. “Jeh, profit is a dirty word. Let’s not spoil our lunch talking about it!”

Remind this story to Donald R Davis, Jr, an associate professor of Sanskrit and Indian religions at the University of Texas in Austin and author of The Dharma of Business, and he calls this mindset, along with the consequent Licence Raj between 1947 and 1991, “an aberration in India’s long economic history”. Davis reminds that over-regulation in business is counterproductive for everyone.

“State needs to have a supervisory, corrective role, rather than an active, interfering job in the field of economy,” he says, adding that in the dharma texts, “businessmen would fix the prices of products and negotiate tax rates. State should be there just to stop deceitful activities coming out of lobh (greed)”. In this worldview, greed wasn’t good, unlike what Gordon Gekko (Michael Douglas) would like us to believe in the film Wall Street, but profit (labh) definitely was.

The author informs that the word "labh" is mentioned repeatedly — and approvingly — in Dharmashastras. Interestingly, another term that finds mention frequently — and condemned universally — is lobh (greed). “Dharma texts make a distinction between labh and lobh. The purpose of business is not only to make profit but also to do it righteously,” he says.

This book makes one recall Arshia Sattar’s The Mouse Merchant, which came out in this very series, "The Story of Indian Business", edited by Gurcharan Das. Sattar tells us the stories from India’s ancient past that unabashedly celebrate money, the foremost being the tale of a young man who builds a fortune with a dead mouse.

“The young man sells the mouse as cat food, the proceeds of which he invests to buy food that he sells to loggers, receiving logs from them as payment; in the manner, he goes on to build a fortune in timber.” 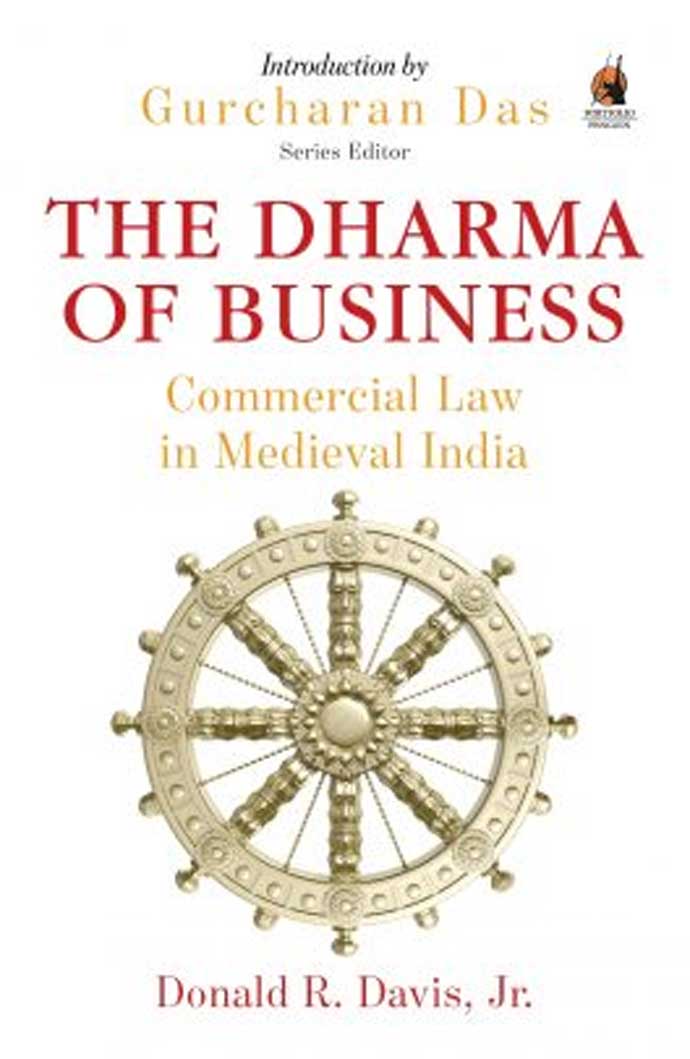 There’s however, nothing truly unique in what Davis brings out through dharma texts. One finds a similar theme in as diverse tomes as the Ramayana and the Mahabharata to the Kathasaritsagara and the Mricchakatika — that a man is “better dead than poor”; and that the ruler’s duty is to create good infrastructure in order to attract commerce, as the Ramayana exhorts.

Morality has been another constant phenomenon. Here, Davis reminds that Adam Smith, whose "hidden hand" theory is often put forward to justify the greed-is-good argument, believed in moral economy and his initial juxtaposition on economy and morality has been distorted.

“There emerged a series of economists in the US in the 20th century who mystified the economy and believed that it was an autonomous entity. They said there was no need to worry about morality because the market magically converted greed into good,” he says. “I think Smith would have been shocked to see his idea being distorted so much.”

Also, unlike the Western model, all businesses in India are personal. “We are often told in the professional arena that it’s not personal. But the Dharmashastras tell us that the business will flourish more if there’s a personal touch and a sense of belonging involved.”

Davis blames the West for creating this sense of distrust among Indians for their indigenous way of doing business, and instead blindly aping the US. “My colonial predecessors inculcated a sense of stigma among Indians about their local laws, languages and customs. This also explains why Sanskrit finds so little support and patronage in the country of its birth.”

One may not be too optimist about Sanskrit’s fate. But the presence of scholars like Davis may help plug gaping holes in our thinking. The foremost being who we actually are — the ascetic type or the entrepreneurial one. Also, it holds the key to moral economy, something the world has been eagerly looking for, battered as it is due to economic crises one after another.

#Dharma, #Books
The views and opinions expressed in this article are those of the authors and do not necessarily reflect the official policy or position of DailyO.in or the India Today Group. The writers are solely responsible for any claims arising out of the contents of this article.