At the core of show is family grief and sadness inflicted not by phantoms of the exterior world but by their near and dear ones.

Yes, indeed. I too have lost my sleep over the first spectral appearance in The Haunting of the Hill House. It is Netflix’s most well-done horror show till date (spoilers ahead!) and I am sure most critics somewhat agree on this.

Early on, we get to know that this story isn’t about just any family, but a family whose experiences in the Hill House have altered their lives forever. And what struck me the most about the show is not the scary bent-neck lady or the red room or the invisible sleepwalking/talking, but the deep pain underneath all these representations. In that, it seemed very similar to Alejandro Amenábar’s The Others (2001). 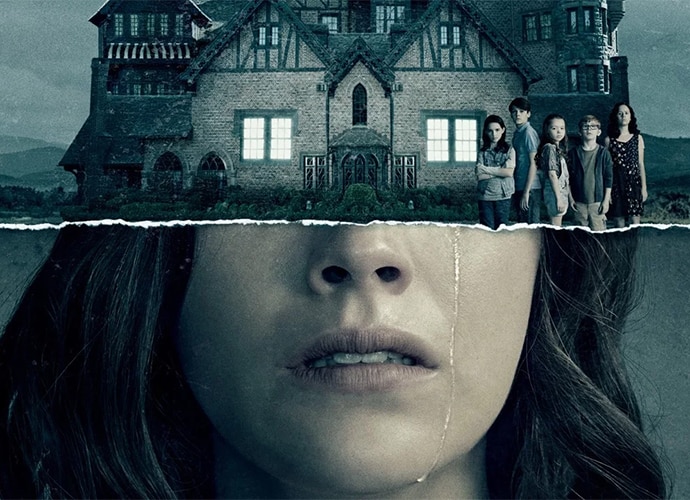 At the core of The Haunting of the Hill House is family grief and sadness. (Photo: Netflix)

Of course, like most of you, I too enjoy yelling my lungs out and my mission of watching horror with compulsory lights off fails each time. But, with Mike Flanagan’s direction, things were different for me — he has done a good job of depicting onscreen the horror that comes with trauma. So much so, that the line between apparition and reality is very thin. He has also played with the genres horror and family dramas to point the fingers in the right direction. Not at the haunted spirits of the Hill house, not its living characters, but us, the audience.

Flanagan’s show is loosely based on Shirley Jackson’s eponymous book published in 1959. It does its best to live up to the successes of its former adaptations. Many films in the horror genre have formerly dealt with the spectrum of dysfunctional families so it was quite a challenge to create newness. At the core of The Haunting of the Hill House is family grief and sadness inflicted not by phantoms of the exterior world but by their near and dear ones.

The Crains are seen struggling with real middle-class problems like finding a room of one’s own and dealing with one’s initial career disappointments. Steve, who is the elder one of five siblings, is the most selfish of them all — he cashes in on the story of the traumatised Crain family while not really being either sympathetic or a believer of his genre of writing. He uses plenty of scientific reasons to explain the supernatural phenomena as ways of the mind that we hitherto haven’t explored.

His insensitiveness is questioned by the most vulnerable siblings of his, Nellie and Luke. This twin duo are also the ones with great sixth sense and emotional intellect, it binds them together in their sorrow. They are both susceptible to the slow pain that comes with family disbelief towards them.

Luke gets caught up with drugs to fight his demons and Nellie is haunted again in her sleep by the bent-neck lady (who, we get to know later on is a projection of her own future suicidal self). Since childhood all the kids have made peace with some kind of ominous company/ability in their lives. It is hinted that their architect mother is busy and cannot handle such a huge family and the house very well.

Their emotionally tattered mother (played by Carla Gugino) has perfected the art of scaring everyone in her night dresses and baby dolls since Gerald’s Game. One can see that the director uses that to great value. Even though the camera angles are very slow paced and gradual to unfold, it isn’t clear what she is frustrated about exactly. There is too much mental friction in her. Now, as far as conflicted motherhood roles go, we see some common gothic tropes in the show (nothing like the Conjuring or the Ring series). Carla, who plays Olivia, is haunted by the question, “Is there anything worse than seeing your children die”.

The episode titled "Screaming Meemies" is all about her nightmares and hallucinations. As she gets seduced by the logic of her dream, she gets more and more convinced to kill her own children and rid them of the future dread. 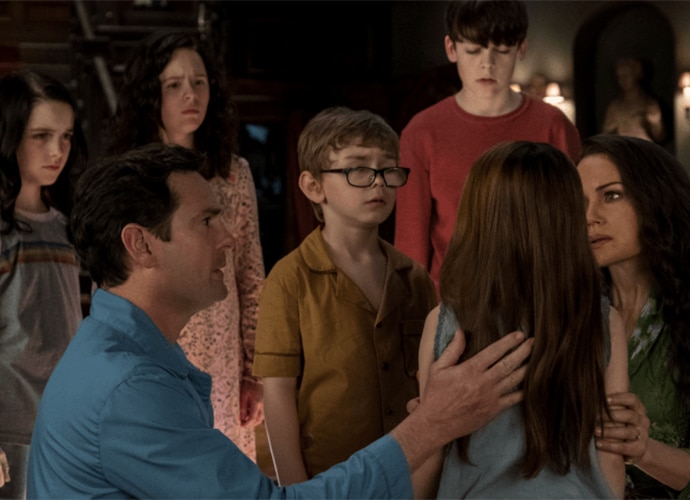 The show’s unwillingness to end on a resolution note was my favourite part. (Photo: Netflix)

To complement her role and the house, there is the classic Red Room which, we are told carries the mystery to their horrors. Just as we see in HG Wells’ The Red Room and in Charlotte Bronte’s Jane Eyre, this space isn’t static at all in the gothic imagination. The red room in hill house provides solace to read and enthusiasm for Theo’s dancing. It is where the Crain children have already been a part of though they don’t seem to recall.

Perhaps through the symbol of the red room, we are made aware of the shape-shifting traumas of the Crain family. Olivia’s death is the death of the architect — and in a strange way, she happened to be the real matriarch of the house after whom all stands to decay. But also, her exhaustion might be tied to the fact that she’s been into the business of shifting houses all the time. Her ghosts tell us more about the kind of merciless loneliness that comes with too much work. It seems the show makers don’t want to give us these answers with respect to Olivia. She remains, like the house, a chasing dream she can’t wake up from.

Despite these flaws, what makes Olivia’s family grief so relatable is the way her children cope up with their horrors. It brought back to mind Stephen King’s old saying that we make up horrors to cope up with real ones.

In Flanagan’s own words, “It is a little bittersweet. When we think about families, that’s what we’re left with. We’re stuck with our family no matter what, and even if it’s not going to be okay, even if we’re never going to get back what we lost, at least we can find a way to live with that.”

The show’s unwillingness to end on a resolution note was my favourite part; after all, we are used to seeing children being victims of ghosts but never as terrific fighters in their own little ways.

I am so glad I sat through my fright till silence lay stealthily. Believe me, it was worth it.

Post your comment
#Dysfunctional families, #Horror, #Netflix, #The haunting of the hill house
The views and opinions expressed in this article are those of the authors and do not necessarily reflect the official policy or position of DailyO.in or the India Today Group. The writers are solely responsible for any claims arising out of the contents of this article.