The acting is worse that the writing.

If there was one fictional detective who refuses to fade out of men's memory even after 130 years, it is Sherlock Holmes, who first emerged out of the pen and paper of the legendary British novelist and short story writer, Sir Arthur Conan Doyle. It was a novel, A Study in Scarlet (1887), where we first meet Dr Watson, consulting detective Holmes' chronicler and companion, and of course the pipe-smoking, cocaine-snorting and violin-playing sleuth, whose home at 221b Baker Street in London is now a little museum.

Not many would dare to replicate the magic and mesmerisms of Holmes, not many would even dare to reproduce the halo and aura around the four brilliant pieces of detective novels and 56 short stories - each written with astounding lucidity, their mysteries wrapped up so neatly that they left no doubt in the mind of a reader.

I first read Doyle and his fascinating work of detection when I was barely 12 years of age, and Tamil film director Mysskin (whose original name was Raja) said in a recent interview that his exposure to literature began with Doyle's short stories of Sherlock Holmes. His latest movie, Thupparivaalan (Detective) — with Vishal playing a private investigator and Prassana his friend and follower - is Mysskin's tribute to Mr Holmes and Sir Arthur.

Having gathered the guts to make a movie which is supposed to follow the celebrated sleuth, Mysskin commits his first blunder by casting Vishal. There is precious little that reminded me of Holmes when I sat watching him in the 159-minute Thupparivaalan, whose layers upon layers of a plot were confusion confounded. And this never-ending jigsaw puzzle was aided and abetted by a camera that seemed as impatient as a hyper-active kid. 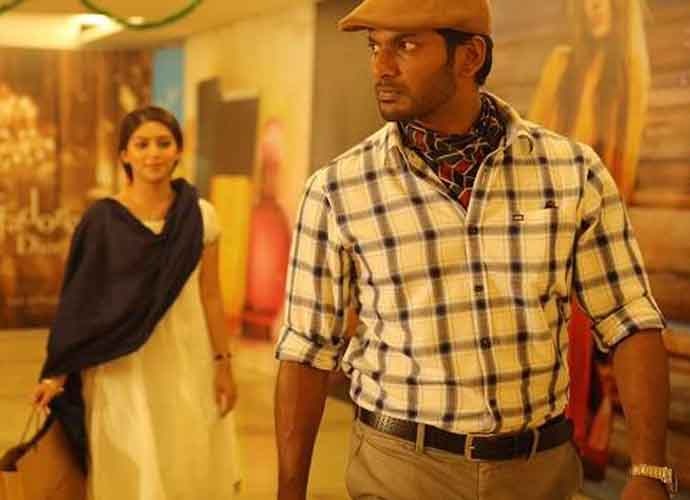 If the writing was convoluted adding to the messy narrative style, Vishal appeared ridiculous as the detective he was modelled on. His attempt to copy some of Holmes' methods - like for instance crawling on the floor to detect footprints or darting across gardens - appeared most clumsy, and certainly lacked the dignity and stature of the English detective. At least, Prassana, reprising Watson, was closer to the character that Doyle created in the late 1880s.

And Prassana is Mano, the sidekick of Vishal's Kaniyan Poongundran aka Sherlock Holmes - who, believe it or not, takes up the case of a murdered dog, the pet of a schoolboy, who is willing to donate his piggy bank savings to find the culprit. And our Holmes, sorry Kaniyan, who has just turned down a case relating to a missing girl that came with a blank cheque, grabs the small coins!

But Mysskin has bigger things coming on. A deadly corporate conspiracy lies behind the dead dog, and the mastermind of this is not Professor James Moriarty but Kathir/Devil (essayed by the one-time hero, Vinay Rai). And the game begins with murders committed with the kind of ingenuity (in one instance an artificial lightning is created on a rooftop to kill a man on his birthday, and his son dies as well) that will leave Doyle and Holmes swooning in shock.

With Devil and his notorious cronies always a step ahead of Kaniyan and Mano - who tumble over one corpse after another - the story snakes its way into a sticky web that a viewer might find it hard to navigate through. But, elementary, my dear Mano, Kani seems to be saying as he deduces foxing riddles in a jiffy. "Your parents have died. You live in your uncle's house, who presses clothes for a living. The dress you're wearing does not belong to you," Kaniyan tells a surprised Mallika (Anu Emmanuel, an attractive pickpocket who turns into a housekeeper (Mrs Hudson?) for Kaniyan in a needless and distracting subplot), suggesting he is right. But Kaniyan does not tell us how in the name of heaven he concluded all this - so very unlike Holmes, who invariably offered convincing explanations to Watson (read, the reader).

Finally, I would like to ask what on earth happened to Pritha (Andrea Jeremiah, part of Devil's gang)? Her story is left hanging! Or, is this a tiny window for a sequel with Pritha going on a revenge run in Thupparivaalan 2 - offering Kaniyan and Mano yet another chance to play Holmes and Watson.

Pardon me, for saying this, but Sherlock Holmes would be turning in his grave at the way his memory is being messed up or tribute is being trivialised. Would Arthur Conan Doyle have ever imagined that his creation could be reincarnated so sloppily!

#Mysskin, #Thupparivaalan, #Sir Arthur Conan Doyle, #Sherlock Holmes
The views and opinions expressed in this article are those of the authors and do not necessarily reflect the official policy or position of DailyO.in or the India Today Group. The writers are solely responsible for any claims arising out of the contents of this article.