In an age of fake news, why Tintin is the reporter-hero we need

Tintin came into our lives in the '90s exactly the way a new Netflix show comes into the lives of youngsters today.

Someone in school was talking about it, or one of our teammates in my cricket coaching centre had spotted the name on a cover at a friend’s place, or a classmate had scored well in the half-yearly exams and had received an annual subscription of Anandamela (a popular Bangla magazine for kids in West Bengal), which carried a page full of Tintin without fail in every issue. 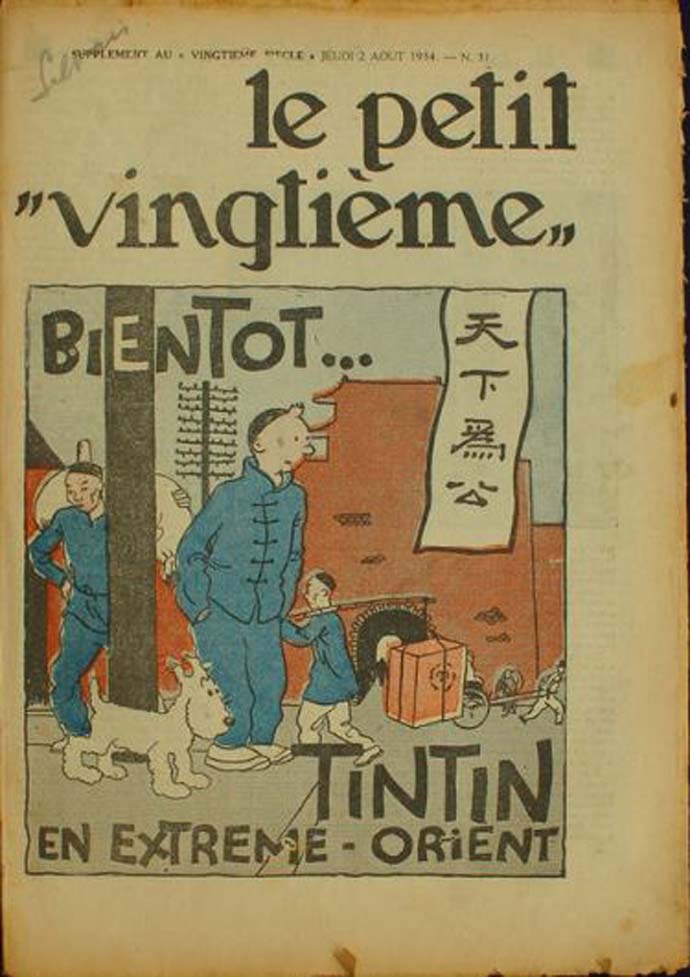 The only difference (between Tintin and Netflix) is that we could also inherit Tintin from our parents.

Tintin went on to appear in a series of 24 comic albums created by the Belgian cartoonist Georges Remi — who became Hergé after he switched around his initials and ended up with RG, which a French-speaking Belgian would pronounce as Hergé.

And since his first appearance, Tintin sold over two hundred million copies of his adventures across the world. These are comic books and Tintin is the earnest, self-reliant hero who never ages through these books and treads that thin line between bravery and recklessness frequently, with his constant loyal companion Snowy — a small white mutt — by his side. Tintin’s reputation doesn’t lie in his ability to solve crimes — which he always does with considerable panache — but in the fact that his sincerity is never questioned as he goes about dealing with criminals and goons, even when his own life is in danger. The difference between him and a '90s Hindi film hero was that he’s doing none of this to serve a personal vendetta or avenge a near one’s death.

His sole purpose remained one of seeking the truth and putting miscreants behind bars.

This is predominantly why Tintin became so important to me as a child, because, on the one hand, when the Bruce Willises and Sunny Deols (or even Spiderman, for that matter) of the world were busy bashing up their enemies, Tintin believed in dialogue, and even though he faced some deadly villains — like General Alcazar, Red Rackham and a personal favourite, Rastapopoulos — during his many quests, he never really believed in making long-term enemies. 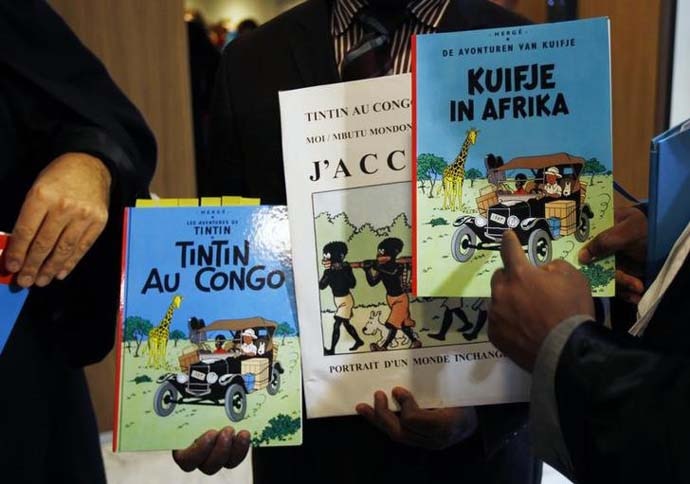 Tintin was entertainment, adventure, comedy — and also, a subtle commentary on history and politics too. (Photo: Reuters)

Many of the other recurring characters in the series besides Tintin and Snowy have built their own fan followings over the years as well. The kooky scientist Professor Calculus, who’s hard of hearing, is a fan favourite; the opera singer Bianca Castafiore; of course, the hard-drinking, foul-mouthed Captain Haddock and his ‘billions of bilious blue blistering barnacles’; and the goofy and lovable detective duo Thomson and Thompson, who, The New Yorker tells me, are known as Dupont and Dupond to French readers, Hernandez and Fernandez to Spanish readers and Uys and Buys to Afrikaners while Arabic-speaking fans know them as Tik and Tak.

I bought my first Tintin sometime in the early '90s. The English editions would cost about ₹150 each and were only meant to be borrowed from the school library, which I did fairly regularly, but the desire to own them was intact, while the Bengali editions were available for ₹50, which too was not a small amount by any means for a 12-year-old from a middle-class Calcutta family. Needless to say, most of my Tintin reading happened in Bangla, and most of these were acquired once a year, on birthdays, when my mother would generously hand me a 100-rupee note and both my piles of Tintins and Asterixes would go up by one.

These Tintin adventures also work for children and adults alike because, besides being engaging works of comic fiction, they also managed to capture history by dealing with pertinent issues of the time when they were created with an excellent mix of facts and entertainment. From commenting on the rise of Stalinism to being a social satire on Balkan politics — Tintin had it all covered. My tryst with Tintin was mostly in Bengali. (Photo: Anandamela cover)

At a time when television journalism is often reduced to chest-thumping jingoism in the name of national interest, and the world grapples with fake news and propaganda, Tintin must be made necessary reading in schools because his very idea serves as a symbol of resistance, especially for young minds that are learning to hope and haven’t lost faith in the world yet.

One cannot deny the truth behind his statement; if we need an icon today more than ever before, there’s hardly anyone better than Tintin.

My favourite Tintin remains The Seven Crystal Balls, also because of how I had acquired it.

I must have been about eight or nine then, and I remember it being a particularly rough time for the family because my mother had made me sit down and said that I couldn’t have a new comic book for a few months. Both my parents were still struggling with their respective careers and saving even fifty rupees wasn't easy as that could be used for more urgent and necessary things. I often accompanied my mother when she went grocery shopping and once, when she was busy tallying the things she had bought with the list she always diligently made and carried with her to the store, I went wandering. Tintin is the Rahul Dravid of comics. (Photo: Reuters)

There used to be a used books store in the same lane — and I saw many moth-eaten Tintin comics stacked on its front desk. On top of that stack was The Seven Crystal Balls, and the eight-year-old me couldn’t resist taking a look at it. The man who owned the store wasn’t there at the counter. So, I picked the book up without asking anyone and sat down on the pavement next to it and began reading. When the man returned and found me there, he scolded me first for taking the book from his store without asking. My mother heard the commotion and came running to apologise.

I was preparing myself for a good seven days of being grounded when the man asked me why I didn’t just steal the book when I could have.

I think it’s the response my unadulterated mind came up with, which saved the day for me — I told him I learnt from Tintin never to steal.

He gave me the copy, not for free but for half the price. I promised my mother that I wouldn’t lose even a single pencil or eraser for at least six months and she was convinced.

And The Seven Crystal Balls was mine.

For generations like my own, which came before the Harry Potter phenomenon took over the world, Tintin would always be that hero we all longed to be. Long before ‘the Boy Who Lived’ was ‘the Boy Reporter who couldn’t die’.

Tintin is the Rahul Dravid of comics. He reaffirms that good guys don’t necessarily finish last.

Also Read: Why a French philosopher claims Tintin is a girl