When the Tom Cruise-starrer Top Gun released in 1986, it went on to become a cult classic. Who could deny the 80s rush for some adrenaline as a 24-year-old Tom Cruise strapped himself into the cockpit of that fighter jet?

So after 36 years, Top Gun is set for the release of its sequel, Top Gun: Maverick, on May 27, 2022, in India. Being born among the oldest of Gen-Zers, I had only vaguely heard of a movie called Top Gun. So, now that its sequel is releasing in my youth, I sat down to watch the original. To be fair, this movie is so old that the oldest millennials were just about 4-5 years old at the time of the release. 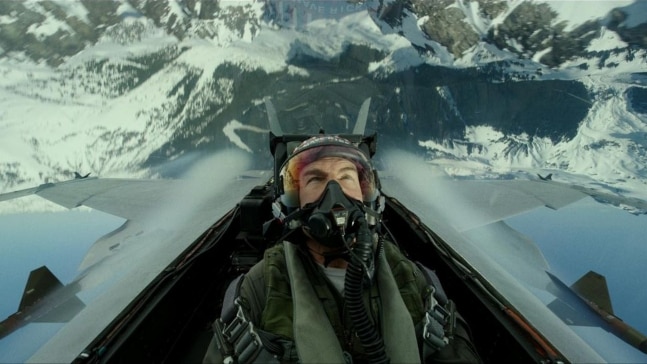 As I watched the movie, I was looking for 3 things:

Here’s what I found:

I was expecting to find a lot of things just egregiously regressive, cringey and silly in the movie, and I wasn’t surprised. But it was important to keep repeating the mantra that the movie was made in the 80s.

1. Where are the women pilots?

The moment I started the movie, it became obvious that it was for boys’ entertainment. The fact that there are only three women cast in the entire film should be reason enough for how sexist, misogynist and all other synonyms it was going to be. The only women in the movie are two wives of pilots and one, the love interest of Tom Cruise - Charlie (played by Kelly McGillis).

So, to expect a woman pilot is like expecting Tom Cruise to speak up against Scientology.

However, the US Navy had been training women to become non-combat pilots since 1973, years before the original Top Gun movie came out. But still, it missed showing women in planes. So the latest sequel better be updated on the gender norms.

Other casual sexism in the movie:

2. An enemy without a face:

Top Gun makers did not want the movie to be political in the least. They wanted to make a movie about friendship. So, their villain, or enemy of the state, that the boys prepare all their lives to fight is an unnamed country. (tbh, that's what the US is still doing)

But it is obviously insinuated that it’s Russia. However, it was frustrating to really be able to feel the heroism or patriotism the movie was trying to sell, when there was an unknown enemy without any real storyline to support the situation. Even the sequel reportedly doesn’t have a known enemy. But we're guessing it's still Russia.

When ‘Goose’, Maverick’s (Tom Cruise’s character) best friend was introduced with his wife and a kid, I knew that he was going to die in the movie (that's what most action movies do to the lead actor's best friend, no?) And that his death is what will provide Maverick with his emotional depth. Other than that, there is only a vague mention of Maverick's father having fought in Vietnam.

Just like the saying goes, “rebel without a cause”, Top Gun sells “rivalry without a cause”. The movie is so simple that it doesn’t bother to establish why Maverick and Iceman become rivals (simple male ego, anyone?). The only reason provided is that Maverick saves the life of Cougar (another pilot), with whom Iceman went to flight school. And when they meet, they immediately don’t like each other.

When the team is sent on a real mission in the Indian Ocean, Iceman flags Maverick’s mental state in the aftermath of Goose’s death, but it is brushed off. Of course, whosoever has heard of mental health in men and of pilot suicide?

The movie came out after the US’ bloody stint in Vietnam. So, it was mostly like an image correction for the US military, without ever mentioning the military, and keeping the focus on the Navy. So politically speaking, if the movie had come out with its original political undertones now, with the same Vietnam-like situation, it might have been beaten to death by critics.

Early reviews for Top Gun: Maverick are surprisingly good. The action sequences are definitely going to be the star of the film, other than Tom Cruise’s presence. But it is unfortunate that the makers did not find it necessary to recast the two main women actors from the film – Kelly McGillis who plays Charlie and Meg Ryan, Goose’s wife. Other than that, technically speaking, there is going to be a military equipment and filming upgrade.