How to make Varun Dhawan a star: Anatomy of a Bollywood ad campaign

It's all about the long game and has a very high success rate.

Some say that the United States of the 1960s was the golden era of advertising. With all due respect to Don Draper, I disagree. Bollywood can easily give Madison Avenue a run for its money. Do you know why? Because you don’t even know that their primary business is advertising, not movies.

A Bollywood ad campaign is all about the long game and has a very high success rate. They only sell one product: star kids. Their game is subtle, and it would be years after the campaign has succeeded that you’d realise that you’ve been sold trash for the price of a lot of grey cells and your taste in cinema.

If you don’t believe it, let’s break down one of their most successful ad campaigns: #MakeVarunDhawanAStar.

Pick a star kid who is easy on the eyes. A fair-skinned boy with a winning smile and the body of a Greek God will do just fine. This alone will ensure that he has the legs to go on for at least a few films. A daddy who can actually make films for him is an added bonus.

This is extremely important. Failure to launch will mean that the number of opportunities to sell the star kid would only be five instead of the customary 10 (or 15 if he’s the son of the biggest star in the industry’s history). The launch has to showcase everything the star kid has (perfectly sculpted abs, dancing skills) while minimising the focus on what he doesn’t have (expressions). 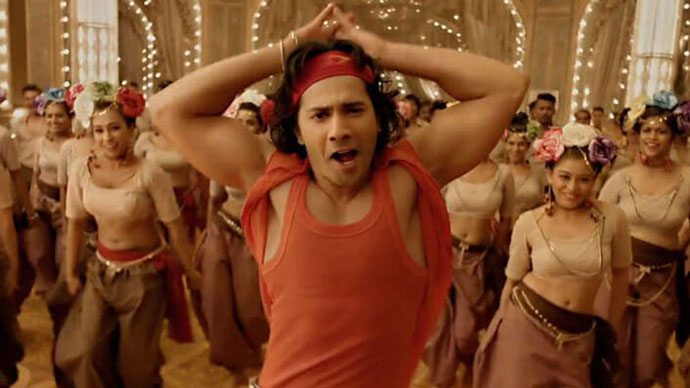 Your star kid has now become a star in his own right.

However, there will be scenes in which he’ll be required to emote but will end up looking like he needs strong laxatives, so you need a strategy to cover for it. It’s best to develop one that kills two birds, the second bird being any questions those annoying woke folks may raise about yet another star kid being fast-tracked to lead roles without having done any work.

The key is to go meta with the character he is supposed to play, but only halfway. You make his character a rich, spoilt, obnoxious brat (just like he is in real life) but with a twist: he’s actually a tortured artist who’s burdened by his privilege rather than benefitting from it. This will send across subliminal messages to the audience about how star kids are actually poor souls who bear the expectations of the world on their shoulders rather than privilege-denying, opportunity-stealing, talentless losers.

You need to decide what your star kid’s brand is. He needs an image right from the beginning of his career.

If you find that most of the viable brands are already taken up by established stars, you need to innovate. A great idea is to turn your star kid into a walking, talking homage to other stars. You ask him to ape his beloved Bhai and one of his daddy’s most frequent collaborators, Govinda.

Don’t worry, the public won’t see this for the ridiculously cheap and uninnovative ploy that it is. If you could convince them that the sun shines out of Salman Khan’s ass, you can convince them of pretty much anything if you put enough spin on it.

It’s not enough that you’re basically making advertisements in the name of cinema. This job is 24x7 and your campaign never stops, even on incestuous, self-indulgent talk shows involving koffee. You have to randomly call him things like “the most charismatic actor you’ve seen on celluloid” when the only film he’s done till that point is Student of the Year.

Repetition is important in advertising, so you have to keep repeating that his lineage has absolutely nothing to do with him earning a lead role in a Rs 60 crore film at the age of 25 without any prior acting experience.

Make note that this doesn’t refer to a film’s script (as if!). This is about scripting his entire career. You can’t have him only aping his Bhai and Govinda for five consecutive films. Even the Bollywood audience — with its abysmally low standards — might get bored of that. You have to carefully alternate between his father’s brand of films and his godfather’s brand of films.

Have him do his Bhai-Govinda thing in one of his daddy’s films. Then have him be a new-age Shah Rukh Khan in a weird-ass DDLJ homage that is modern but still retains all the creepy stalking. Rinse. Repeat. This way, you’re reaching the Bhairoxx crowd AND the “classy” multiplex audience that loves a good, old-fashioned stalker “hero.”

However, this will only get you box office success. A truly great Bollywood ad campaign is one in which you have not only made your product a star, but also brainwashed the aforementioned classy multiplex audience into thinking that he’s a pretty good actor. This is also not very difficult since you’ve already convinced them that Aamir Khan is Bollywood’s Daniel Day-Lewis because he (cue drumroll) gains and loses weight for roles.

Throw in a film by an acclaimed filmmaker, like Badlapur. For Indians, bad films are as indistinguishable from good films as real news is from fake news in WhatsApp forwards. The mere appearance of a hatke, arty film will make us lap it up. No matter how insipid and hammy your product is in this terrible cringefest, you have what you need for the old “he’s taking a huge risk by trying something so different early in his career” narrative.

This will be the icing on the cake, but you can also put a cherry on top. To be a truly superhit Bollywood hero, being a “romantic” stalker, a David Dhawan funnyman, and growing a beard for a role aren’t enough. Put your star kid in a dance film in case the audience missed the fact that he can dance in each of his previous films, like ABCD 2. Put him in an action-comedy alongside a beefy robot with even fewer expressions than him, like Dishoom.

Once this cycle is complete, you can come back to the beginning and have him do another romantic stalker film for the classy multiplex crowd, like Badrinath ki Dulhaniya. Follow it up with a mawaaligiri-glorifying, sexual harassment-normalising remake of his idol’s ’90s hit for the Bhairoxx crowd. Both will probably make 200 crores at the box office.

Again, follow this up with putting him in a decent film by one of the best writers and directors going around, like October. They will tailor his character for him and extract a decent performance à la Mani Ratnam-Abhishek Bachchan in Yuva. Since star kids compete in the kids’ pool where trophies and applause are handed out just for being passable, he will finally earn the respect of critics as well.

Your star kid has now become a star in his own right. His nice smile, chiselled abs, and newfound critical acclaim have made people forget how he obnoxiously compared his daddy handing his entire career to him on a platter to a child being given a pencil box by her father.

Your campaign is successful. Move on to the next one. #MakeSaraAliKhanAStar sounds like a winner.

Post your comment
#Bollywood, #Star kids, #Varun Dhawan
The views and opinions expressed in this article are those of the authors and do not necessarily reflect the official policy or position of DailyO.in or the India Today Group. The writers are solely responsible for any claims arising out of the contents of this article.